Cheryl Dunn is a filmmaker and photographer based in New York City. Her filmic exploration of the life and legacy of the late artist Dash Snow, Moments Like This Never Last, is out now in theaters and is available on VOD from September 3. Her work is influenced by alternative urban and youth culture, documenting skaters, the homeless, musicians, graffiti, artists, and their processes. Dunn graduated with a degree in art history from Rutgers University, traveled throughout Europe, and lived in Milan. After traveling Europe in her twenties, she returned to New York to pursue photography, shooting for magazines such as Spin, Vogue, Elle, Harpers Bazaar and Dazed and Confused. In the mid-1990s, Dunn began to focus much more on filmmaking. Find out more at cheryldunn.net.

Who has their own abandoned building in Manhattan? Well, I did.

When I moved into a loft in the Financial District of Manhattan in 1989, there were 17 abandoned buildings on my street. More people commuted to those few blocks daily than anywhere in the county, but not many people lived there. Friends used to ask, “How do I get there?” like it was in Alaska. I would reply, “Um, you can walk there from Canal Street in 15 minutes.”

It was fun times, with blasting music and all-night dance parties. We would bike and skate around on those abandoned Gotham city streets. The area had a deep history of artists who had spent time there, like Danny Lyon, who had shot there with a large-format camera in the mid ’60s, making a record of every building – most of which were from the 19th century – in the 60 acres which were slated for demolition to create space to build the World Trade Center. I loved this weird neighborhood.

One day, my cat went MIA. After a thorough search, I heard a faint meow from the direction of the rear kitchen window. Back there was a grimy fire escape and a dark, dirty shaft between four buildings. If you looked down the shaft, it was like staring into a bottomless pit, with all sorts of stuff you didn’t want to fall on – broken glass, metal shards, rats … My cat was in the window of the building next to me, peeking his head in and out, as if to say, “Get over here, it’s nuts …”

To access this abandoned building, I had to climb out my kitchen window onto the fire escape, scissor-kick one leg over the railing while making a half-turn to put my toes on the outside of the fire escape grate, then swing my second leg over to meet the first. Now I was hanging on the outside of the fire escape railing, where I had to kick one foot back about four feet and slightly lower myself to step on the abandoned building’s back semi-roof platform and then push off with both hands to propel my weight backwards. Easier to do than to explain (for some people).

Inside were seven floors of beautiful decay. I found a calendar on one of the walls whose last page was from 1970. The building seemed to have been owned by a trophy company and there had definitely been a fire.

The building became my hard-to-get-to “secret studio.” Over the years, I went there and shot bands for magazines and took fashion pictures and filmed the artist Dash Snow tagging the shit out of it. That footage became the first thread of my new film, Moments Like This Never Last.

Dash tagged doors, windows and walls. We climbed a skinny metal ladder to the roof. I filmed him from my studio building rooftop to get a great overhead shot of him jumping from ledge to ledge.

We just did this stuff because it was fun and because he was a special being who I felt compelled to document. “Someday I’ll make something with this,” I thought, not conceiving that eight years later, he would be gone. That is why I do documentary work. It’s a way to hold on a moment, to always have a clear vision of a person, to keep the colors of memory bright.

Two years after Dash passed, the street-facing fire escape of my abandoned building fell to the ground, early one Saturday morning. Suddenly, I felt an urgency to pull out those painted objects with marks made by Dash, partly because he had become a New York legend – but mostly because they were evidence of my friend. Fearing that my abandoned building would be condemned, secured tight, or worse, I called an ex-assistant of mine, Brent, who had a lot of tools, and told him we had a night mission and he needed to bring a saw.

He and I combined didn’t have much in terms of brute strength, but we had adrenaline and a mission. The floors in my abandoned building were starting to rot away, leaving holes that were hard to detect with our headlamps. We waited to saw until midnight, when the streets were quiet. It was so loud. I asked Brent if he could try to take it down a notch. He glared at me and said, “Cheryl, it’s a saw.” Right. We sawed and unscrewed hinges and started to haul what we’d salvaged.

We decided to take four windows, two doors and a 10 by 10 feet piece of a wall. The two of us carried these things down the creaky stairs, out the back windows, passing them over the deadly building shaft and eventually through my loft window.

The sun was coming up. We drank some cold beer, and I had the feeling that I knew Dash would be proud. That morning, I couldn’t even push the weight of one of these objects, but we’d carried all of them to safety out of that building. We must have possessed superpowers.

Not long after, my abandoned building was demolished to build some crappy hotel, but the developer ran into some snags and it was never started. So an empty lot sat where my building had been – a hole, a void. I guess it was part of the theme. I was making a film about a New York artist whose absence left a hole, a void in this town.

We now used this lot to shoot some more scenes, creating visuals for a story Dash told me of throwing giant spitballs of toilet paper out of his uptown family apartment when he was a little kid. We threw toilet paper from my roof and filmed it elegantly dancing in the wind as it hit the dirt where my abandoned building had stood …

The walls of my loft were filled with notes and pictures, objects, articles, outlines of Dash, of this story I was trying to tell. Every part of that place was filled with his energy, enhanced by the stuff we had lugged out of my abandoned building.

One of the reasons I was attracted to Dash and his crew was that they were New York City kids. Born unto this town with all the good and bad, joy and danger that comes with that. It just seemed that NYC was their playground, and that fascinated me. They made art and did things that were direct reactions to their environment, growing up in this town in the ’80s and ’90s, and then navigating the post-9/11 era as young artists.

After the film was completed and COVID-19 hit, I decided to move from this place. It was arduous and emotional. I had a crew of young guys helping me and I would put smashable things for them to throw off the back fire escape into the empty lot, just to keep it fun. I threw a collage of words that was sandwiched between glass that we’d shot for a sequence in the film. I told the guys they could smash it, but right after it broke into a million pieces, I thought, “Why the hell did I just do that?”

But I knew Dash would have appreciated that. His art was about fleeting moments, unpossessable. I don’t know how he would feel about this film about him, Moments Like This Never Last, but I think he would be OK with the things we smashed into the lot where our abandoned building stood and the moments we recorded doing it.

Featured image, taken by Cheryl Dunn, shows Dash Snow tagging a room in the abandoned building next to her loft.

Cheryl Dunn is a filmmaker and photographer based in New York City. Her filmic exploration of the life and legacy of the late artist Dash Snow, Moments Like This Never Last, is out now in theaters and is available on VOD from September 3. Her work is influenced by alternative urban and youth culture, documenting skaters, the homeless, musicians, graffiti, artists, and their processes. Dunn graduated with a degree in art history from Rutgers University, traveled throughout Europe, and lived in Milan. After traveling Europe in her twenties, she returned to New York to pursue photography, shooting for magazines such as Spin, Vogue, Elle, Harpers Bazaar and Dazed and Confused. In the mid-1990s, Dunn began to focus much more on filmmaking. Find out more at cheryldunn.net. 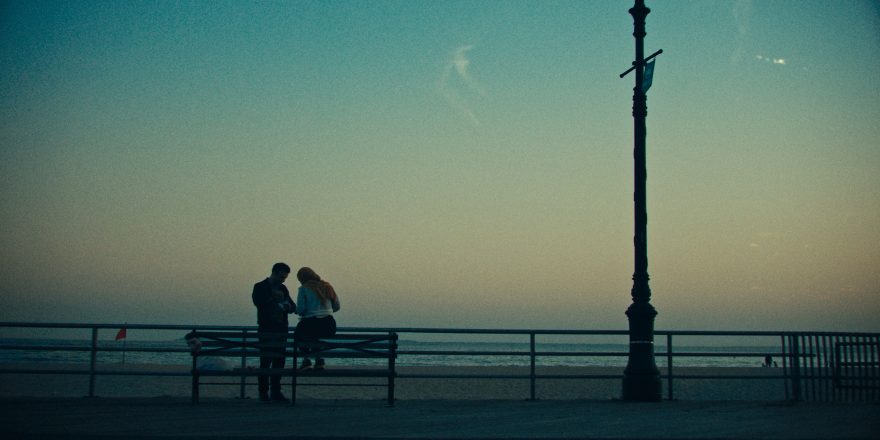 Vengeance and Pickles, or Why My First New York Movie is Really All About Food 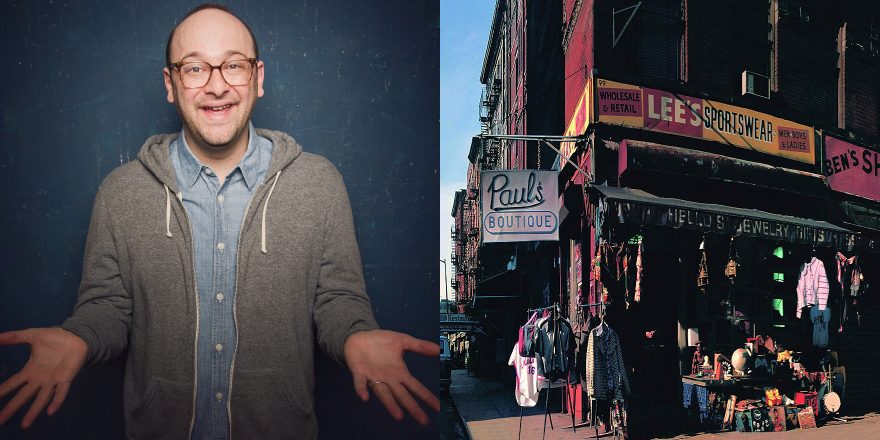 I Guess a 30-Year-Old Beastie Boys Record Is My Best Friend Now?