Orlando von Einsiedel is the director of the 2014 Academy Award-nominated documentary feature Virunga, which won numerous awards worldwide, including a Primetime Emmy and a Peabody. Orlando’s short films have spanned Africa, Asia, the Americas and the Arctic and covered all manner of stories from a skateboard school in Afghanistan through to the tracking and arrest of pirates in West Africa. His latest film, The White Helmets, about volunteer Syrian rescue workers, launched last year as a Netflix Original production and is nominated for Best Documentary Short at the upcoming Academy Awards. He co-runs the London-based production company Grain Media.

Making The White Helmets was an extremely challenging experience in many ways, and when last month we found out about the film’s Oscar nomination for Best Documentary Short we were all completely over the moon. The first people we called were Khaled Khateeb, the film’s cinematographer, and Raed Saleh, the leader of the White Helmets. Immediately, we began making plans for them to join us.

You can’t plan to get nominated for an Oscar, but right from the beginning we felt that if we were ever eligible for an accolade such as this, we wanted the White Helmets to be able to join us. Two years ago, when our film Virunga was up for Best Documentary Feature at the Oscars, we brought the two central characters from the film, André Bauma and Rodrigue Katembo, with us to the ceremony, and it was such an amazingly positive experience. On both Virunga and The White Helmets, part of the driving motivation for making these films was to magnify the voices of the film’s characters, these real heroes, who were operating in such difficult environments and in parts of the world which weren’t getting the attention they deserved. So it was natural that we then wanted to be able to bring them to the Oscars, so they could use that platform to speak about their important work and truly be heard.

Only three days after the Oscar nominations were announced, however, Donald Trump issued Executive Order 13769, commonly known as the Travel Ban, which meant that Raed and Khaled, as Syrian nationals, would likely be unable to attend the award show. Immediately, we all felt completely deflated and our initial feelings at the time were that this was a hugely lost opportunity for the White Helmets to be recognized and celebrated. But we also felt very strongly that this was a lost opportunity for America.

I personally see the Travel Ban as deeply problematic. The evidence doesn’t support the idea that this is really going to protect the U.S. from terrorism, and I think the executive order is cruel and discriminatory. America has such a proud history of welcoming people, which is one of the things that people admire globally about the country and what makes it such a special place.

At this moment, we’re in a situation of real division in which there are profound misconceptions about Muslims and people from the Middle East, especially from Syria. When we were making our film, we lived with 30 White Helmets for five weeks and it isn’t hyperbole to say they are some of the best human beings that we’ve ever met – gentle, humble, and so courageous. At the same time, they are devout Muslims whose faith is an important driver for them and their work. The White Helmets’ motto is taken directly from the Quran: “To save one life is to save all of humanity.” The perception of what people are like from that part of the world is so deeply skewed. That everyone gets associated with ISIS and terrorism is just such a load of nonsense. As a result, it’s so important that the voices of heroes like Raed and Khaled are heard at the moment – especially because what they embody as White Helmets is compassion and understanding and peace. In essence, that’s the White Helmet’s entire message.

Fortunately, a few days ago, Raed and Khaled both got their visas and, touch wood – as long as there isn’t some new executive order announced – they will be able to join us at the Oscars. There are a lot of supporters of the White Helmets in the U.S., and this will be a fantastic opportunity for Raed and Khaled to meet people who have been championing them for the past couple of years. And then, of course, at the actual Oscar ceremony itself, which the entire world’s media spotlight will be on for five hours on Sunday, there’s a huge number of journalists who want to speak to them.

We’re hopeful they will arrive safely in the coming days. However, until they are on U.S. soil, any celebration of their attendance would be premature. We’ll remain cautiously apprehensive until we see them walk through the arrival gates at LAX, where we’ll be waiting to give them the warmest welcome possible.

Orlando von Einsiedel is the director of the 2014 Academy Award-nominated documentary feature Virunga, which won numerous awards worldwide, including a Primetime Emmy and a Peabody. Orlando’s short films have spanned Africa, Asia, the Americas and the Arctic and covered all manner of stories from a skateboard school in Afghanistan through to the tracking and arrest of pirates in West Africa. His latest film, The White Helmets, about volunteer Syrian rescue workers, launched last year as a Netflix Original production and is nominated for Best Documentary Short at the upcoming Academy Awards. He co-runs the London-based production company Grain Media. 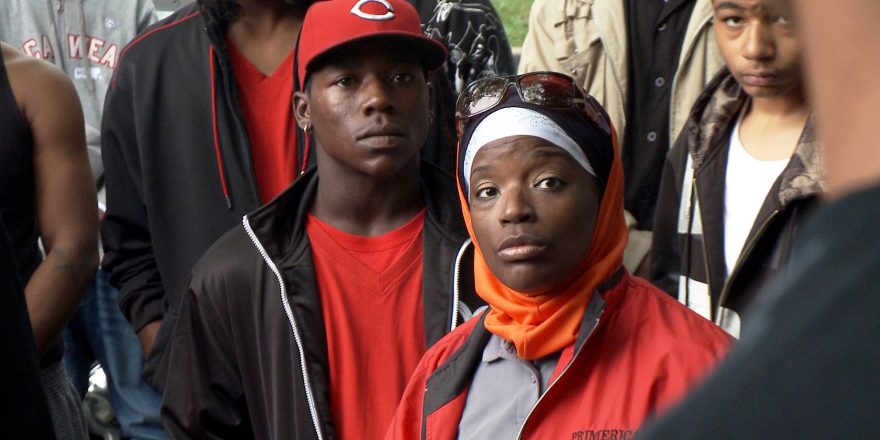 Films to Watch When Everything is Shit