Today my mom and I are discussing Long Shot, the new romantic comedy starring Seth Rogen, Charlize Theron and the revelation that is O’Shea Jackson Jr. Rogen plays Fred Flarsky, an outspoken journalist for an alternative newspaper. Theron’s Charlotte Field is the Secretary of State. Fred and Charlotte unexpectedly run into each other at a fundraiser and we find out that she was his former babysitter and childhood crush. When Charlotte decides to run for president, she impulsively hires Fred as her speechwriter, they fall for each other, and the rest is, well, the rest.

How can I explain how I feel about this movie? You know how there’s that friend that makes you laugh. Even out loud sometimes, but for the most part, they drive you kinda nuts? Or, you know how you can love New York City and hate New York City at the same time? That’s sort of how I feel about this movie. And you know when you think about walking out of the theater in the first 10 minutes? Well, that’s how my mom felt about the movie.

Melissa: All right, here we go, we are discussing Long Shot.

Melissa: OK, so my first question is, did Seth Rogen live in a garage? I couldn’t figure out what his apartment situation was – didn’t he look like he lived in somebody’s garage?

Mom: Or was somebody’s … roommate?

Melissa: And then, for some reason, I thought he lived in New Jersey but then he gets in the car they sent for him and he’s suddenly in D.C.

Mom: I think his paper came out in New Jersey.

Melissa: But he didn’t live there?

Mom: You know what, I don’t like him anyway. I just find his humor very self-deprecating, so I didn’t zero in on where he lived.

Melissa: Because you didn’t care.

Melissa: OK, I’ll come back to that. I will say that my favorite part of the movie by far was O’Shea Jackson Jr. He played the best friend.

Mom: For me, the only good part was looking at Charlize Theron. Just watching her, she’s stunning in her clothes.

Melissa: So it wasn’t even the movie, or the words that were coming out of her mouth, it was just looking at her face?

Mom: It was so far-fetched. I just thought this is so inconceivable. And using “fuck this” and “fuck that” didn’t lend to the story – there was no reason.

Melissa: Did they really swear that much?

Melissa: I realize that when I write, I swear a lot. If you look at my films, there’s a lot of swearing, so maybe I’m just used to it.

Mom: Well if you do it, it’s probably because there’s a reason to. In this movie it was thrown here, there, for shock value.

Melissa: And they actually look exactly alike. I thought he was absolutely hysterical. There was a comfortable rapport between all the actors. It seems like there was probably some ad-libbing, and I think they all did a really good job.

And yes, it’s far-fetched, but the backstory is that she used to babysit him, so when you know someone from your past…

Mom: I don’t see in any realm of reality that she could have fallen for him. It’s inconceivable. I mean, really.

Melissa: But I do think that people who like the movie are probably going into it being fans of both Seth Rogen and Charlize Theron, and so maybe they … ? I found myself laughing out loud.

Mom: I didn’t laugh. I didn’t think it was funny.

Melissa: OK, so now I’m going to go into my planned questions segment.

Mom: What were we just doing?

Melissa: I’d say we were spitballing. OK, so did you have any expectations going into this movie?

Mom: Yeah, I thought it was going to be good.

Melissa: I wrote in my notes, “I did, but they weren’t good expectations.” Ha.

Mom: And I thought it was ridiculous the way he dressed. He looked like a schlub the whole time, and when he put on that ridiculous outfit. I mean, any normal person would say, “I’m not coming out looking like this.”

Dad: I thought it was funny.

Mom: We’re not asking you, Joel.

Melissa: Wait, what!? Tell Dad that it’s an A and B conversation, and he should C his way out of it!

Melissa: Mom, I’m putting that in there.

Melissa: Next time, we’ll do a dad one.

Mom: Good luck with that, you’ll have to cut him off after two hours.

Melissa: Wait, why are you sending me … ? Dad just sent me strange pictures of you guys.

Mom: We’re sending you pictures of the apartment.

Melissa: No, this is definitely not your apartment.

Melissa: So, did you have a favorite part of the movie?

Were you satisfied with the ending?

Melissa: I felt like the tone of the ending was kind of off, but you’re right about Charlize Theron: she’s beautiful, and she’s funny, and if you’re going to spend over two hours watching someone, it might as well be her.

Mom: Now what’s interesting is the other new comedy that came out, The Hustle, I have friends who saw it, and they belly-laughed, because it was funny.

Melissa: Well, I read about that movie and people literally say the opposite. That it’s not funny at all, so I don’t know what that says about your friends but …

Mom: I don’t know, maybe that should be our next movie.

Melissa: There’s only so far I’ll go for journalism. I honestly thought you guys would love it.

Mom: Nope. Daddy says he liked it, but when you really pursue why he liked it, it’s because of Charlize Theron. She looks good, she did a good job acting.

Melissa: Right. There are also articles accusing them of smoothing out her face. It’s not unusual, but it just becomes an unrealistic version of what women actually look like because nobody wants to look at us when we age.

Melissa: Who looks at you, Mom?

Mom: I get a lot of people looking at me.

Melissa: You get looks on the street?

Mom: Of course I do.

Melissa: You think Seth Rogen would fall for you?

Mom: I wouldn’t even let him follow me anywhere.

Mom: Yes, I think it might be a nice idea to have a Daddy and Daughter movie.

Melissa: Are you trying to pass the buck?

Melissa: So, this brings us back full circle. I’ve gotta open this question up to the readers. Was Seth Rogen living in a garage?

Mom: Whatever, I don’t care where he lives.

Jonathan Levine
Long Shot
Melissa B. Miller Costanzo
Movies With My Mom
My Favorite Car is a Bicycle, or Why I Must Create Things vs. Making Them
Matt Braunger Loves Game of Thrones, But Not As Much As You Do: The Series Finale 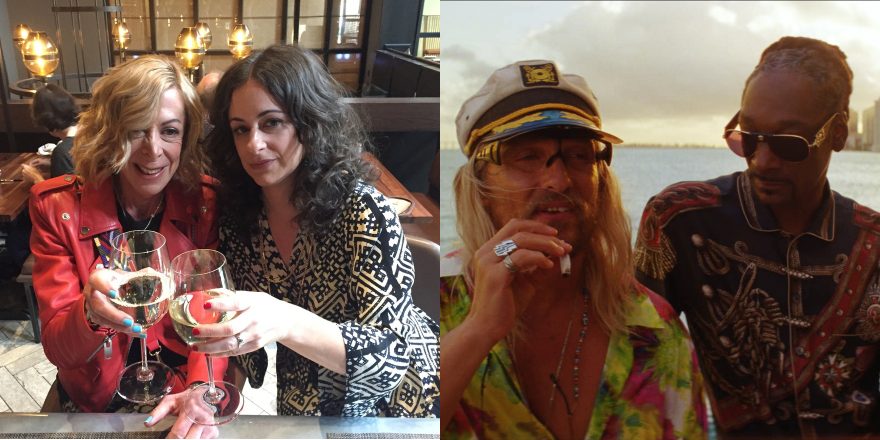 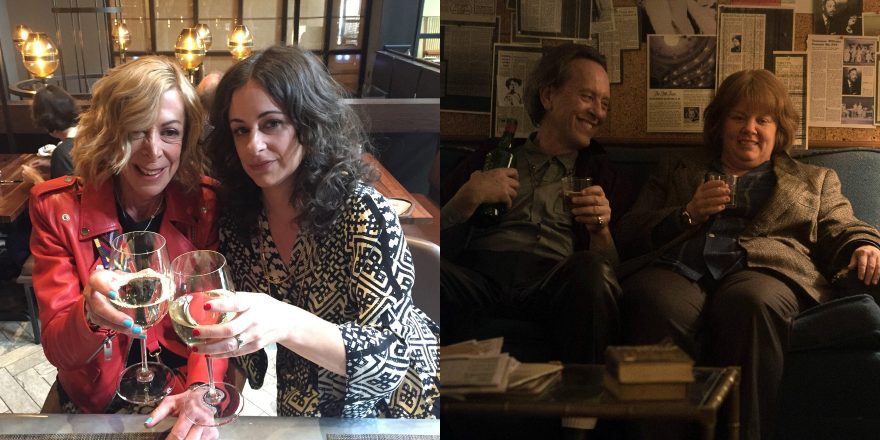 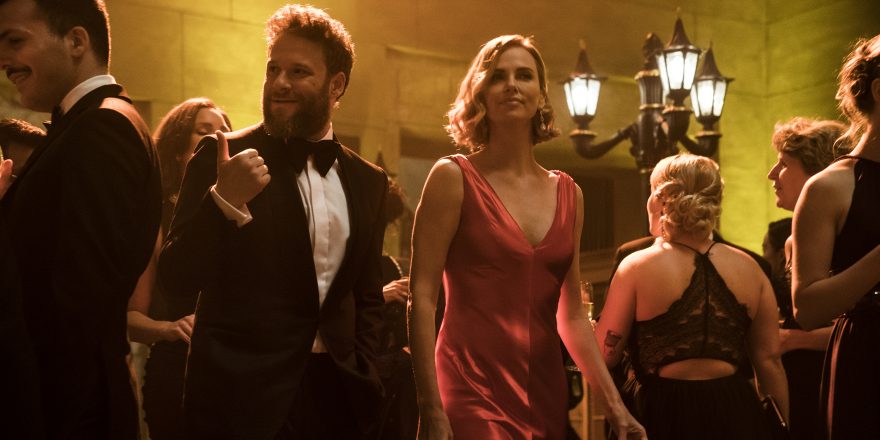 I’m on a Train with a Hangover, But By God, I Will Fulfill My Obligation to Write This Talkhouse Piece About My New Movie, Long Shot!