It’s three weeks before mewithoutYou play their final shows in Philadelphia, and I am sitting in a hotel room watching their July 2003 set at the Fireside Bowl on YouTube. The band crashes around the stage with a well-rehearsed yet chaotic energy, and the kind of raw power that can turn a casual listener into an acolyte. Watching this nearly 20-year-old video of the band makes me think about how their dreams of touring the world as young people turned into decades of making art. I’m also reminded of the feeling I get when seeing them play or listen to their music: gratitude. I’m grateful that I’ve gotten to know these brilliant people, grateful that they let me into their world for a short time, and grateful that they forever changed my life.

In 2015, my longtime buddy Eric Slick somehow got our band Lithuania the opening slot on mewithoutYou’s summer tour, in support of their then-brand new album Pale Horses. I was on what an older, possibly more jaded musician would call “my first rodeo.” My experience touring had been limited to long, sprawling, DIY runs across the country, full of broken down minivans, donation buckets and house shows. I was ecstatic to have a chance to sound check every night, to know we had enough money to fill up the gas tank to get to the next city. Never mind that my knowledge of MWY’s music was limited to a split with Norma Jean that I downloaded off Soulseek in high school, I was just excited to be on tour with a band who’d been doing it for so long. Night after night, I watched their set from the merch table, and began to understand why people would come up to me every show asking if (lead singer and lyricist) Aaron Weiss would be coming out, wanting to speak with him. This band made deep music, balancing head and heart, hopping between disparate influences while still having a cohesive sound of their own. Within a set I would hear bits of Fugazi, Ink and Dagger, Lee “Scratch” Perry, and Neutral Milk Hotel. I familiarized myself with their vast discography and talked to people every night who had been touched by mewithoutYou in some form or fashion.

I would hear stories of a band in a bus running on vegetable oil, throwing pre-show potlucks, Aaron talking to showgoers for hours after their set was over. I would hear how some people’s first exposure to the band was through their church’s music library (MWYs first four records were released by Christian label Tooth+Nail) and how hearing this music helped them see that faith was deeper and more complex than what they had learned through more traditional religious avenues. I also met many people who were getting into the band for the first time, the same as I was. Within the fandom of mewithoutYou, there is this shared feeling that this band becomes a part of you, shifts your worldview, helps you notice things about living you didn’t see before. I was also pleasantly surprised by how friendly and welcoming the band members and crew were to me, always stopping to ask me what book I was reading or to see if I wanted to share a meal with them. Brandon Beaver (one of mewithoutYou’s guitarists) invited me to his wedding a few weeks after the tour ended, even though the invitations had already gone out. I left the trip feeling like I had made a whole slew of new friends.

A few months later, I got a call from Mike Weiss (Aaron’s brother, founding member of the band, writer of many a classic riff, Philadelphia sports fan, all around great guy) asking me if I would be willing to play bass for them on an upcoming European tour they had planned. How could I say no? Forget that I had never played bass in any professional context before. I had never been to Europe, let alone played shows there, and I wasn’t about to let my lack of experience stop me. I borrowed a bass and started to explore mewithoutYou’s music in a different way; by learning it. Being able to get inside their songs and learn them piece by piece gave me a much deeper understanding and appreciation of the music. Every song was like a puzzle where each instrument works in service of the others: the guitars interlock and weave, at one moment languid and spacy and the next aggressive and muscular. The mewithoutYou rhythm section functions like one powerful instrument, Greg Jehenian’s expressive basslines fueling Rickie Mazzota’s totally singular drumming style. I spent a few months learning the songs, we had a month of rehearsals, and off we went.

A few years later, Brandon and Rickie told me how stressed they were after our first show together. We were in a basement in Prague, playing on mostly borrowed gear, our pedalboards lost in some airport mishap. I broke my bass’s bridge on the very first note of the first song, and had to improvise my way through the rest of the set with three out of four strings. I count myself very lucky that they didn’t fire me after that night in Prague, because by the end of the tour we were locked in. By playing with Rickie night after night, locking in to his fierce yet solid playing, I learned about the bass’s function in a band, and how to accentuate a song without distracting the listener. The tour ended with two sold out shows in Russia, and nothing could stop me from wanting to do this forever. Not even being detained by Russian Border Police for having the wrong visa, and escaping from the country by the skin of our teeth. I was hooked.

Over the next two years I was lucky enough to join the band, first as an overseas bassist, then as a full-time bassist when Greg decided he wanted to take a break from the group. We wrote hours of music together, most of which turned into the [Untitled] LP and the (untitled) EP, and that process gave me an even deeper view into how special this band’s music is. Every song was a result of hours of nailing down arrangements, with specific flows and feelings in mind, which would then be handed off to Aaron and returned completely transformed. You cannot talk about how special mewithoutYou is without talking about Aaron’s lyrics. They’re the subject of much dissection and discussion online, but I prefer to think about his lyrics as to be experienced more than understood. They manage to juggle the personal, political, spiritual, and stream of consciousness. Every new listen reveals something new, a reference, a revelation, an inside joke. Aaron Weiss completely changed the playbook for how to front a band. There were very few like him before, and his influence can be seen everywhere.

Whenever I go on tour now, I’m flooded with memories of my time traveling with mewithoutYou. Long bus drives still remind me of the time Aaron and bus driver/living legend Jack Kelly rerouted the bus overnight so we’d end up in Yellowstone by the time everyone woke up, surprised to be drinking coffee and looking at Old Faithful instead of waking up at a Whole Foods. I’ve stepped into countless venues across the US/Europe and realized that I’d played there with MWY before, more often than not remembering my favorite parts of the set. Every time I have these memories I am struck with the fact that this band has changed my life more than any other group of musicians I can think of. They are the reason I play bass professionally. They were the first band to ever hire me as a touring musician. They taught me how to keep an even keel throughout the highs and lows of traveling with a large group of people (though occasionally they still remind me of the time I lost it in a Russian airport directly after we were detained. I don’t remember but I’ve been told that I shouted, “I don’t feel good about this, guys!!!!” as we were running down the tarmac trying to catch the last plane out of Murmansk). Most importantly, Ricky and Brandon introduced me to my fiancé, and I cannot imagine what my life would be like without her. The gifts that mewithoutYou gave me are numerous and powerful.

I know that I am far from the only person who has been touched by the band. In addition to the tens of thousands of people worldwide who claim that mewithoutYou’s music has vastly bettered their lives, there is an extended network of family and friends who come spend time with the band on the road, feeling the open-armed camaraderie and love that MWY has become known for in its 20+ year existence. There are friends who I met during my tenure in mewithoutYou that still come to visit me when I come through their city, eager to catch up and share stories. I am also far from the only person who met their spouse/loved one through the band. Recently manager Michael Almquist and I referred to it as the “mewithoutYou-to-married pipeline.”

Though the farewell shows this weekend will be emotional and sad for everyone, it’s important to realize how special it is that mewithoutYou did what they did. It is incredibly rare for a band to be active in the public sphere for over 20 years and never lapse into nostalgia, to continue pushing forward, and to always find an audience for whatever new muse they decided to follow. Every new record of theirs pushed forward into new territory previously unexplored by them, and to me their music will stand the test of time. Obviously I’m not just an ex-member, I am also a massive fan. I will be sad to see mewithoutYou go, but grateful to know them, grateful for the gems they have given me, for their music and friendship. 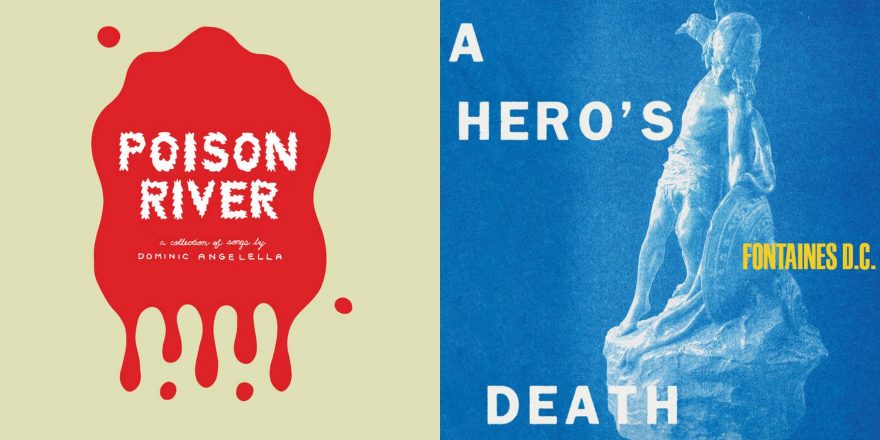 Fontaines DC Trudge Through the Muck of Existence 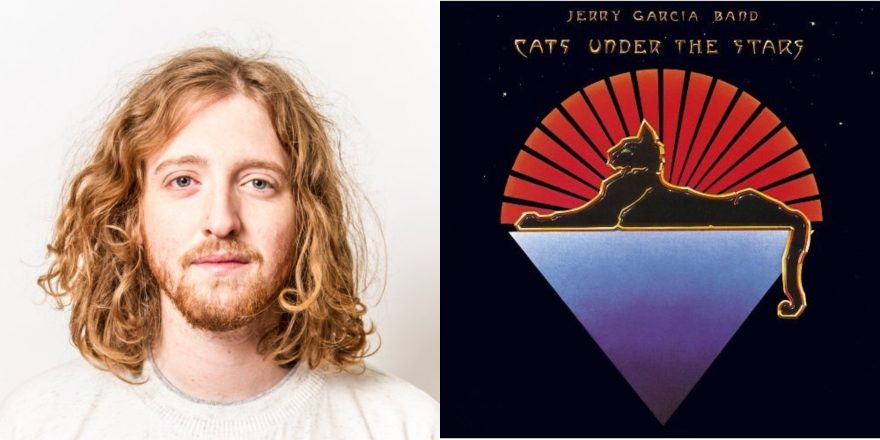 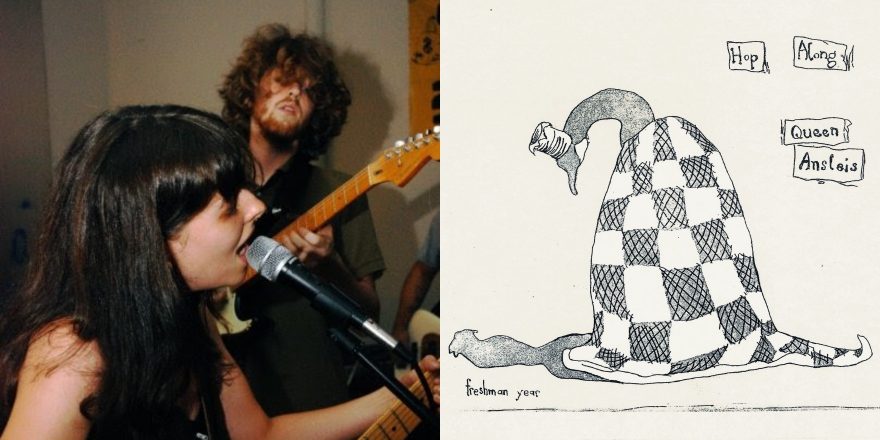