Last year, around the time I moved to New York City and innocently outed a Local Cool Guy as being a serial abuser, I found myself called on the carpet for my own faults, including the amazing crime of having supposedly maintained a Coheed and Cambria fan blog. I panicked — not because I was ashamed that I had maintained a Coheed and Cambria fan blog, but because I couldn’t remember whether or not that was a thing that had actually happened.

Coheed’s Second Stage Turbine Blade, a known ripper, came out when I was fifteen and trapped in the special hell that is a rural public high school. I spent an inordinate amount of time on LiveJournal, and I definitely belonged to more than one Coheed and Cambria fan community. But did I maintain one? Not that I can remember. Would I have? Would I still? You bet your sweet ass.

I came of age during a particularly powerful period of ‘No Girls Allowed’ in loud music. The years between 2001 and 2005 were a long-running test of my patience, as I was introduced to band after band, loosely understood to be part of emo’s second wave, whose only gestures toward fantasy were specialized songs written about killing girls who rejected them.

I didn’t want to kill the girls that rejected me — I guess I wanted to be one of the desired girls, but I couldn’t be that, either, because I was a weird sexless nerd. Even my middle-school friends, who loved N64 and Ender’s Game and Magic: The Gathering, had started to turn away from me and toward music that revolved around screaming about women’s infidelities. And the cool boys and nerdy boys alike thought Coheed was totally reprehensible, and made fun of me for loving them. I had no place in this new landscape, forged in the pubertal fire of male adolescence.

Back when Dungeons & Dragons was still considered dangerous Satanic propaganda — when America was still appropriately afraid of nerds — kids from all over unashamedly loved Rush and Yes and Sparks and Dream Theater and all sorts of hilariously epic bands. But by the time Coheed reached peak cultural relevance, bands such as Marilyn Manson and Slipknot had set a new standard for parent-startling theatricality. There was no longer anything inherently threatening about being loud and techy and specializing in noodley, Slayerish riffs.

No, the Coheed fans of my generation were also Placebo fans and, later, fans of Panic! At the Disco’s first record. It was a magic confluence of circumstances largely found in the combination of volume and verbosity, the idea of harboring both an intellect and a secret and a terrifying sensitivity unlocked only by the spells found in tight harmonic movement that often bordered on the medieval. It was, as nerds of all genders are often accused of being, strangely feminine.

This was a particularly curious paradox for the underrepresented female music fans of the early 2000s’ extremely-whiney-screaming-feelings-guy era. Any passing hope we had for role models of our own — at least in the more mainstream echelons of loud music, which is what we had access to in an upstate New York military town with a Borders Books that carried Alternative Press and not much else — quickly disintegrated in a blur of Hot Topic PVC kilts and New Rock boots. Nothing existed that made us feel like we could be in bands, too.

But Coheed’s Claudio Sanchez came closer than any other vocalist of that era, if only because his singing voice sits comfortably in the middle register of most adolescent girls. I could sing along to any of his songs in the key they were played in. There were no Cookie Monster parts, no sack-splitting pig squeals and, best of all, no lyrics about murdering your date.

The first seven Coheed albums, up until their most recent release, The Color Before the Sun, involved a comic book plot centered on two dragonflies named Coheed and Cambria and a hero named Claudio. This was musical Dungeons & Dragons, an epic quest with you at the center, playing the hero, maybe for the first time.

The Color Before the Sun is the first Coheed album that deviates from The Amory Wars narrative, leading some fans to rate it far lower than their previous efforts. It’s a little disarming to hear their grand, epic instrumentation with new lyrics, wildly personal ones, galaxies away from the love affairs and murderous bicycles of the band’s past.

But for those of us who returned to Coheed album after album because we saw ourselves somewhere in those weird narratives, The Color isn’t nearly as radical a departure as some are making it out to be. At fifteen, I was the hero surrounded by monsters, terrified and fighting and wailing. At twenty-eight, a little tired, walls a little lower, I hear Claudio Sanchez writing about what it feels like to move from upstate New York to Brooklyn. On the first song, “Island,” which opens with a field recording of a train approaching a station, Sanchez cries,

Now give me one good reason to stay here at all
When the fee is too big, our apartment’s too small
Where’s my life-saver when I’m screaming danger?

We are still allowed to be epic fantasy heroes in a sense, armored in layers of lush guitar lines and the tight harmonies that made their first albums so gripping, but now we’re rolling the dice against the pressures of adulthood. There are no monsters more frightening than eviction. Coheed has given us a wonderful opportunity with this album: to prove our humanity and grow along with them.

The Color is not an early Coheed album. Frankly, it was never intended to be. “The Eraser” comes close at times, as does “Here to Mars,” which sounds like something off 2003’s In Keeping Secrets of Silent Earth 3. But the album’s first single and standout track, “You Got Spirit, Kid,” is both sonically and lyrically the most gleeful throwback to the unrepressed feral geekiness of early Coheed, an anthem for anyone who’s ever been accused of something as unforgivable as running a fan site for a dorky band.

You keeping on screaming from the top of your lungs
Mr. Who Gives A Shit, just shut up
Oh, the podium is all yours, go right ahead

When you read the lyrics in total, it’s difficult to discern if Sanchez is talking shit to a hater or if the voice is his own screaming sense of self-doubt, but were The Color not a blatantly personal album, this could easily be Claudio-the-Hero-Character of ten years ago, vivisecting an enemy:

Oh, you got spirit, kid
You’re number one
Go on living that farce
Nobody gives a fuck who you are

It feels good to write like that. It felt good to sing along to it at fifteen, and it feels especially good at twenty-eight, when he howls, “Why are you crying when you’ve got the world to command?”

Why, indeed, are you crying, my dude? Who gives a flying fuck if I like a dorky fucking band that sings about magic dragonflies, or any other dorky band for that matter? “The stuff you like is dumb” is just a slightly more covert way of saying “No Girls Allowed,” so you won’t get blasted on Twitter.

And really, what did being cool ever get you? It doesn’t get you eight killer (OK, four killer and four good) albums back to back, it doesn’t get you a twenty-year career. Mocking people for the stuff they like is the lowest common denominator of human critique. If you make fun of someone for liking a thing — as someone else liking a thing has literally no impact on your life whatsoever — you are a total piece of shit and probably an embarrassment to whoever raised you, provided they weren’t also a total piece of shit. And as music fans are terrifyingly judgmental in ways that are, more often than not, completely sexist, you’re probably a complete sexist in addition to being a total piece of shit.

Meanwhile, I’m over here happy as a clam, hydrated and moisturized and playing air drums to the dorky music that still makes my heart glow fifteen years after it was released. And Claudio Sanchez is married with a newborn baby (the subject of the complex and heartwarming “Atlas”) and still writing banger albums — not acting like a keyboard warrior, maligning people for the crime of liking a thing.

No girls allowed, my ass. The only people who aren’t allowed, in this world or any epic fantasy realm of your choosing, are the mean ones. 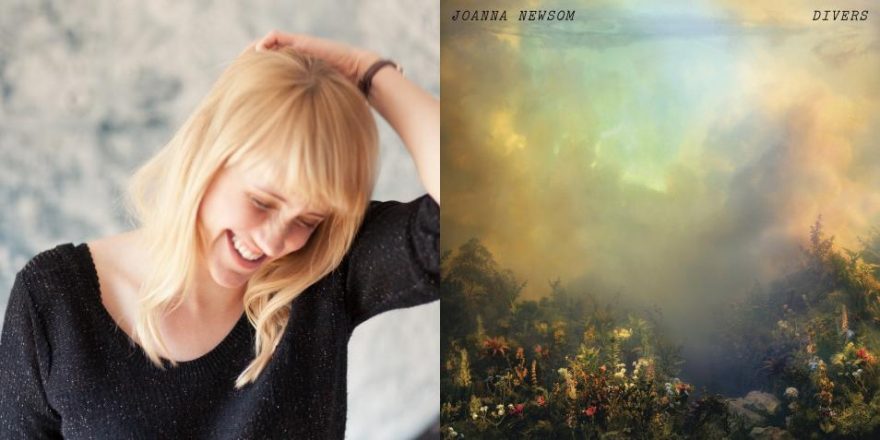