I am on a treadmill. I’m at a Wyndham Garden hotel in Tallahassee, Florida. Life is a series of wi-fi codes, but we’re having a good time with it. Sometimes it’s weird. Sometimes I get really inside my head and I start to feel like I’ve made a big mistake but it’s too late to turn back. I lock myself in the bathroom. I start to think about my age. I’m almost the same age that Dad was when he had his heart attack. He’s still alive, he’s fine, fine enough, but, shit, time — it’s the way that time speeds up the older I get that can spook me. Especially when I’m a little stoned.

Maybe I started writing songs to defy time? To stand with my back to the clock? To order my world in an arrangement of my own choosing? There must be some part of me that hopes that someone — my kids, maybe? — will compile every word that I’ve written into one document when I die, and that will be the book of my life, and it will be unique because I will have written it for reasons unquantifiable to most people. Not for money — I don’t make any money — and not for fame, because nobody knows who I am, but for beauty and emotion. Aesthetic reasons. If I’m going to have a gravestone, I’m damn sure going to decide what’s on it.

Art is a bulwark against time’s dispassionate ticking. Its permanence — and we can debate later what forever might mean — has the power to dispel death. My friend Brad says that Republicans act the way they do because they’re afraid to die, and that seems like a neat way to sum it all up. I don’t see that particular crowd having much interest in beautiful art, which is ironic because it’s the one thing that could save them. But, hey, that’s also a debate for another time.

Me, I’m a musician. I’m not much afraid to die.

Me, I’m a musician. I’m not much afraid to die. I hope it doesn’t hurt too badly, but I’m not afraid for my consciousness to be gone from this Earth and I don’t worry about what comes after. All I’m afraid of is that I won’t finish everything I feel like I need to finish before I go. I fear I won’t finish my book that I’m writing one verse and one chorus at a time because I want to be the author of my own little history. I don’t care if anyone reads it, I just want to be the one that writes it. Because I’m the only one who knows how it all went down.

I remember screen-printing shirts for an old band of mine with my friend Linda at her apartment on Gough Street in San Francisco in the year 2000. Linda was a beautiful girl then — still is — and everyone loved her. I hope she’s reading this right now. Hey, Linda! We were in our early twenties and we were untouchable. Death wasn’t aware of us then the way it is now. The days stretched on forever, and I can’t for the life of me remember how I filled them all. I was deeply insecure and sad for no special reason and ready to play anywhere for no compensation, anywhere at all. Everything was limned in gold. If you’ve ever witnessed the light come down in San Francisco on a warm September day, you know what I’m talking about. I hated my job and I partied with my friends and I stayed up all night smoking cigarettes in various kitchens around the Mission District.

That day Linda played Ryan Adams’ Heartbreaker, which had recently come out. I had never heard his music before. I had heard of his previous band, Whiskeytown, but had no idea what they sounded like. The Internet existed then, obviously, but I had no idea what the fuck it was for.

I stood in the center of Linda’s living room and listened, enthralled and envious, to all these incredible songs roll out of the stereo. This was a person not much older than me whose melodic and narrative sense seemed absolute, the way he leaned into his melodies with a special sadness and light. He was doing something that I wanted to do, and he was making it sound easy and connected to something deep. I mentioned to Linda the other day that I was writing this piece and she couldn’t remember playing Heartbreaker that afternoon and was surprised that I could. But it’s etched in my brain forever because it was a moment, a very precise and golden moment, when I heard someone writing their own book for reasons that seemed wholly personal and real. Someone young like me. That was moving. He was standing against time and he seemed alone and proud and defiant. I wanted to do that. I wanted that.

Heartbreaker felt so complete to me that I didn’t feel like I needed anything else.

I didn’t keep up with Ryan Adams’ work in any deep way for many years after that day. Heartbreaker felt so complete to me that I didn’t feel like I needed anything else. He had his struggles and I had mine. I would dip into his catalog occasionally. His song “Magnolia Mountain” from Cold Roses, for instance, is one of the great American tunes of the early twenty-first century.

But lately — meaning the past ten years or so — I’ve been looking at the way people survive. Mainly because I want to survive but sometimes just have no idea how to do it. Some people get sober, some get drunk or high. Some get jobs, either hard jobs that don’t let them ever see their families or friends or easy jobs where they can just coast. Some people die. Some become wildly successful. And they’re happy. Or they’re sad. Or depressed or lonely. Some people put their heads down and just press on, not thinking about the passage of time, how time passes through us and shapes us. I mean, the way time works on us is not even subtle; it can make us lean and hard, sanding away the inessentials even if we think we need the inessentials and love those things the best. Time is callous, I guess, but there are so many ways to survive. And Ryan Adams seems like a survivor. It’s something that we share.

I think what I hear is a guy who realized that survival and song craft, making beautiful things for the sake of beauty and emotion, go hand in hand.

Ryan Adams has a new record out called Prisoner. It’s great. I’ve been listening to it almost every day. I haven’t been thinking about Heartbreaker when I hear it, or Cold Roses, or even his self-titled album from a few years back, which would probably be its closest kin. When I listen to Prisoner I hear a songwriter who continues to put song —meaning the intimate, healing power of a deep melody over a set of chords — above all else. And I don’t know Ryan, so maybe I’m projecting here, but I think what I hear is a guy who realized that survival and song craft, making beautiful things for the sake of beauty and emotion, go hand in hand, that they in fact depend upon one another. And if that’s an arcane realization, so be it. That’s how it is here.

That’s as much of a review of Prisoner as I can give. It’s great; please go buy it. I have my own interpretations of these songs and I’m going to keep them to myself. I am interested in the long game that Ryan Adams is playing and very glad to bear witness to it. 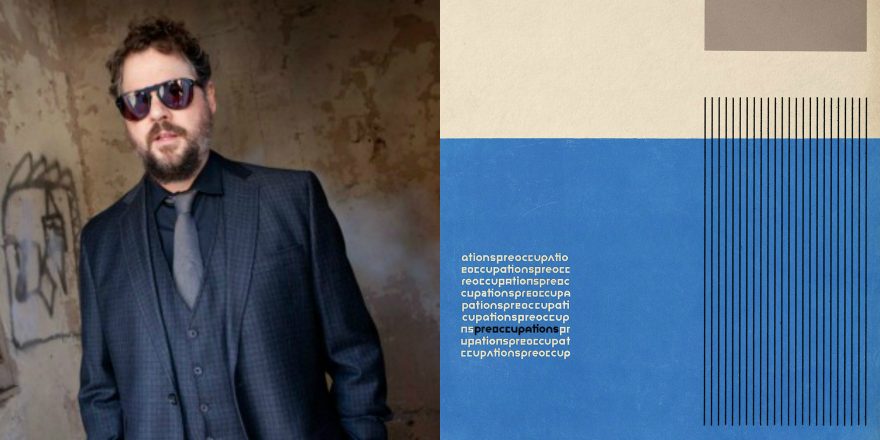