Of the numberless great artists inhabiting our known universe, there exists a small subset of mavericks — P.K. Dick and Burroughs, Dali and Picasso, Sun Ra and John Fahey — whose works build on only the barest of recognizable earthly precedent. Add to this list of interplanetary ambassadors Matt “MV” Valentine, whose work is similarly defined by something akin to goodwill transmissions from other, entirely alien solar systems. Marked by a dogged and unyielding determination and a Protestant work ethic, Valentine’s is one of the most singular musical discographies of the common era.

Preserves, Valentine’s latest album, largely continues in the style of his group Wet Tuna, dealing as it does in a kind of damaged, demented classicism encompassing Twin Infinitives-esque mind mangle, Hawkwind-ian space blues, and the hallucinatory sensory overload of Aoxomoxoa-era Grateful Dead. Despite a typically long list of collaborators, aiders, and abettors (including, among others, Samara Lubelski, J Mascis, Mick Flower, Willie Lane, Anthony Pasquarosa, Pat “PG Six” Gubler, and Erika Elder), Preserves meets all the criteria of a solo record. In fact, few of Valentine’s hundreds of homegrown releases under various guises have provided a better peek into its creator’s mind than this frequently dazzling album of abstract (but never formless) acid-rock tone poems.

Opener “Light Speed” doubles down on Royal Trux’s cauldron of foggy funk-rock, its rubbery bass, whispers of mellotron strings, and synthesizer squiggle eventually giving way to a coda that wouldn’t sound out of place on Brad Fiedel’s soundtrack to The Terminator. “Cosmic Debris” traffics in a kind of free-rock maelstrom complete with howling and distorted keyboard sounds that evoke some of Chick Corea’s most WTF work with Miles Davis’ band circa 1970, while “Movin’ (For The Cosmic Range)” is a breezy jam that imagines J Mascis auditioning for Funkadelic.

The epic “Analog Love” is a highlight of the disc, feeling closest in spirit to Valentine’s work with Gubler in Wet Tuna. The song’s tambura-like guitar drones float in a sort of zero gravity lope beneath a robotic funk drum machine as Valentine’s disembodied vocals jab in and out of the stereo field like haunted Whack-A-Moles. Like a great deal of Valentine’s work, “Analog Love” is somehow both messy and meticulous, each wild and untamed sound deceptively rendered with the deft hand of a master collagist.

Elsewhere, the noir-ish “Be Kind” is a nocturnal stoner blues in the tradition of JJ Cale and Neil Young circa Are You Passionate, complete with Valentine’s singular brand of aural gumbo: thick fuzz bass, live percussion, and humming overtones smear the music into indeterminate shapes like slowly melting ice cubes skating atop a watercolor painting. “Minor Rager” introduces an uncharacteristically brisk, 100 bpm Baeleric beat before a funky rhythm guitar begins to chuck against the blasted live drum track, setting the stage for one of Valentine’s most painterly and lyrical guitar solos. Album closer “Rockbottomless” is part chillout room, part “Dark Star,” and about as far away from rural psych folk, lunar blues, or heavy Crazy Horse-rawk as Valentine has ever wandered. Here, tranquil, smoky 70s Rhodes twinkle swaddles Valentine’s probing guitar — reminiscent in places of some of Zappa’s xenochronous guitar solo experiments — which doesn’t so much climb as it spelunks.

Preserves is an LP-length contact high exploding with uncanny beauty and an almost granular attention to sonic detail, and is Valentine’s most cohesive and fully realized work to date. It’s a trip worth taking. 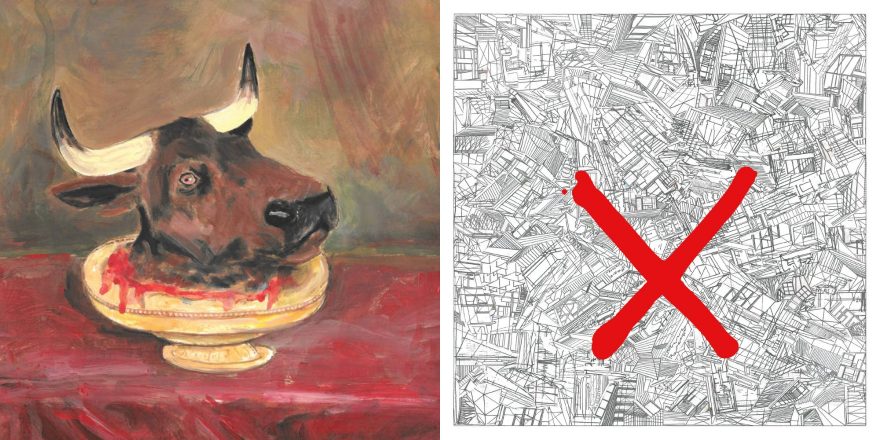 How I Came to Play with Dinosaur Jr. in a Bike Shop