There are rare victories.

Rare victories like the one contained in this text message from my friend Stephen Pierce (of the most excellent band Kindling): “Hey, J just came by. Do not tell anyone, but you are playing a show with Dino.”

Most myths involved in music making are soundly debunked over the course of an artist’s career. The 2005 Grand Caravan, purchased for the princely sum of $1,000, will break down on a routine basis; its non-functioning air conditioner will serve as various metaphors during ungodly Southern Ontario heat waves. A life-changing show will be bookended by shows in empty bars. Recording studios will be dimly lit and poorly ventilated, and the triumphs within are almost always the result of very hard work and a tiny bit of luck, not cosmic intervention.

But other times, things come together in unthinkable and surreal ways. To wit: in the summer of 2016 my band, Kestrels, played a show with Dinosaur Jr.

Dinosaur — and J Mascis in particular — has been a pillar of my life for many years. My intro to the band was “Feel the Pain” played too loudly at a party and instantly jaw-dropping. From there, I branched out in all directions: the holy trinity of the first three records, the ’90s major label years (Hand It Over being my favorite of all), the Amma record, the acoustic records and the J Mascis + the Fog records (which, for my money, are wildly underrated; go listen to them right now).

My love of Marshall amps and guitar solos, considered uncool and gauche by so many for so long, was enabled by J.

My love of Marshall amps and guitar solos, considered uncool and gauche by so many for so long, was enabled by J; the very first review of my band referenced a Mascis homage in the lead, and there is a direct line between the complaint that has followed me for so long (“Why do you play at that volume?”) and the live Dinosaur philosophy. It also probably goes without saying that I own a few Fender Jazzmasters and a billion guitar pedals.

All that to say: opening for Dinosaur would have been a highlight of my musical career (or let’s be honest — life) in any context or permutation. How this particular show unfolded deserves some unpacking.

Stephen, mentioned above, deserves all credit for making it happen (I owe you one, buddy). He set up the show at Laughing Dog Bicycles in Amherst, Massachusetts, for August 12, 2016 — the middle show of a short Kindling/Kestrels East Coast run. The lineup was stacked to begin with, and apparently J said Dino would play “if there was room on the bill” (I hope that makes you laugh as much as I did when I typed it). It was a secret that Dinosaur was headlining, but the word had obviously started to trickle out as the alley beside the shop started filling with people. A Ford van pulled up and some identifiable gear was loaded in: a massive purple pedal board, a Hiwatt amp, a Marshall 4×12. People were calling the shop to confirm their suspicions, and I took great delight in watching the Laughing Dog staff evade the questions.

All of the bands (California X, Dirt Devil, Happy Diving, Kindling and us) played hyped sets, appropriate to the nervous excitement surrounding the occasion. There was a huge range of ages present; my personal favorite concertgoer was a man who looked to be in his late fifties who entered the shop and quietly stated, “I think my friend J is playing here tonight.”

J showed up, guitar on his back, with a small entourage in tow.

Lou and Murph arrived first and hooked up with some friends that were already there. J showed up, guitar on his back, with a small entourage in tow. I had a tiny interaction with him (which went as you would expect: “Hi, J.” [short pause] “How’s it going?”) and secured my position in the front row.

In a lot of ways, the show echoed what a Dinosaur Jr. show in 1985 might have been like. There was a PA appropriate to a DIY show (only vocals in the mains); there was no stage, no light show, a suggested donation only. It was unbearably hot and cramped. People were jockeying for position in a relatively polite manner. This even playing field only served to highlight just how punishing and special Dinosaur is as a live band. They played only new songs from the then-week-old Give a Glimpse of What Yer Not, most of them for the first time ever. There were lyric sheets and chord charts on the floor (maps, as my friend Jim calls them) for a few songs, but the band seemed fully at ease with the new material. (For the guitar geeks, J started the set with a blue Rickenbacker 12-string, in what I believe is its first and only appearance.)

It’s tough to pick a highlight, but “Be a Part,” “Tiny,” and “I Walk for Miles” all stood out as special. The latter featured an extended outro that was drenched in delay and oscillation (a section of which can be seen here) and some phenomenal guitar playing. It is a unique experience to be standing one foot away from J Mascis while he plays through two 100-watt amplifiers, and I am grateful that I was given the chance to do it. I would recommend you do the same if the opportunity presents itself.

As the reunion records and subsequent shows have proven, something happens when those three people play music together.

As has been widely reported, there is not a lot of obvious camaraderie between the three members; they did not interact once during the set, as far as I could tell. But as the reunion records and subsequent shows have proven, something happens when those three people play music together, whether playing songs from 1985 or 2016, in a huge room or the upstairs of a bike shop.

Speaking of the upstairs: before the show, there was some discussion about the floor sagging from all of the people moving. It did lead to one hilarious moment between songs where J instructed us to move “side to side, not up and down,” much to the relief of the Laughing Dog staff.

The show ended without any structural disasters, and the crowd and bands spilled out into the parking lot. My tendency is to shy away from most things communal, but there was an undeniable collective joy in the air, not unlike that of a small group of friends sharing a secret. I was able to meet Justin Pizzoferrato, uber engineer, and set up the recording of our next record. I spoke at length with J’s partner Luisa. She talked about visiting Halifax during the first Dinosaur reunion tour and graciously took one of our LPs to give to J. If you’ve been in the position of handing your music to someone you admire, you will know that it can go wrong in many ways, so thank you, Luisa. Murph told me how much he liked our van, not the aforementioned Dodge, but a Sprinter loaned to us by our record label, Sonic Unyon.

Gradually, people started disappearing. We left to find food and a place to stay. The next night in Manhattan we played another show with Kindling, who are the greatest people and band, and then returned home different than we left.

There are rare victories, indeed. 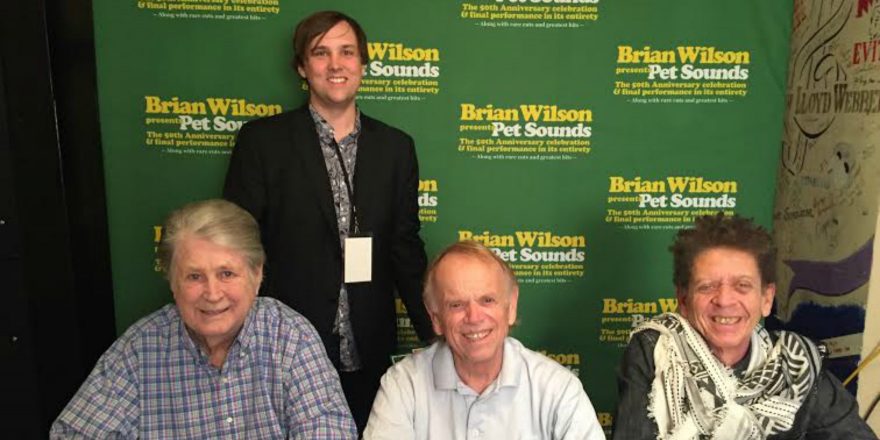 Writing About Brian Wilson in 2016 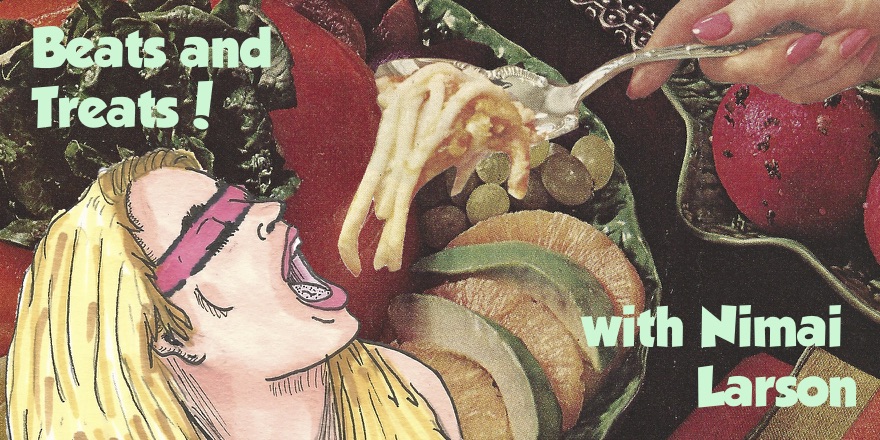 Beats & Treats: These Dinosaur Jr.-Inspired Sweets Will Make You Believe in Love Again 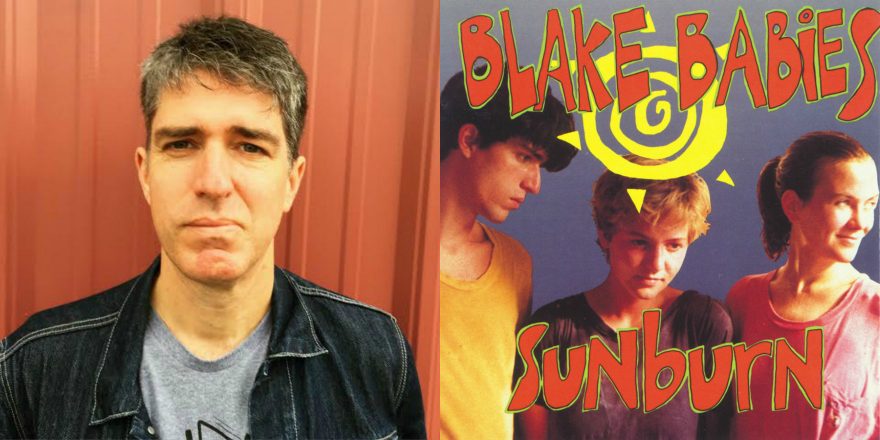 Music is My Hobby Now — and I’m Proud