Tortoise is the kind of band that I imagine most people liking, maybe even loving, at first sound. Like ketchup, mustard, pizza and sex, even when it’s not the best Tortoise you’ve ever had, it’s at least enjoyable, and something one can easily be convinced to get in the mood for. If you know of the band, but think you don’t like it, I’d like to suggest that perhaps you just haven’t heard it at the right time, in the right set or setting, or maybe you mis-associate it with a certain sound. (Or maybe with a certain ex?)

For the uninitiated, Tortoise is a five-piece band of multi-instrumentalists stemming from Chicago’s early-’90s underground indie and punk scene. In most ways, its trademark sound eclipses those more angsty roots, instead opting for a more mixed bag of synth-sogged, Krauty prog, dub-diluted future-funk and American-made modern jazz. Its music is often characterized by light moods and tortoise-like tempos — sometimes excited, but rarely in a hurry. That widely grazing description demonstrates why words to more accurately describe the kind of music they make are hard to herd and, as such, Tortoise gets lumped into the too broad and almost more confusingly named genre of “post-rock.”

The bulk of The Catastrophist began as a commission by the city of Chicago to compose a suite of music to be performed with other musicians from the area’s jazz and improvised music communities. The material they wrote was deliberately very open-form, so, for the album, the pieces had to be heavily reworked into more song-like structures. The rest is a blend of newly minted material and ideas previously orphaned and now reworked, as well as two seemingly out-of-left-field songs with vocals on them — a brave new direction for this previously instrumental-only band.

The majority of The Catastrophist is what I would respectfully call “typical Tortoise” — that is, pleasant and stylish music made by top-tier musicians. Sonically speaking, it feels like this album features a lot more synthesizers and fewer of the more exotic instruments, such as marimba and vibes, that had bigger cameos on other records. The intensifying complexity of first single “Gesecap” and the saucy bounce of “Hot Coffee” are humblebrag reminders that Tortoise is still more than capable of delivering those same old feels that I rarely get from any other band — a strangely calming sense of limitless possibility in music, as in life, a happy place where all the misfit meters and atonal pieces cleverly fit together.

Knowing how much refinement and experimentation are the keystones of Tortoise’s creative process, and considering the all-too-true statement “the best way to kill an idea is to take it to a meeting,” it’s impressive that such a no-holds-barred band gets anything across the finish line, let alone music that consistently sounds this singular, fresh and alive. I could spend another few thousand words waxing on about all the ways that Tortoise is still churning out inspiring, palette-expanding music after twenty-five years, but the topic worth the most attention here is those two songs featuring vocals.

I’ve heard Tortoise sample voices and vocal-like sounds, but I’m guessing the ball really started rolling after working as Will Oldham’s backing band for his 2006 covers album, The Brave and the Bold. I read that, during those sessions, they realized how “easy” music-making becomes when most of the attention is going to the vocals.

Track three is a bass-dominated cover of the already bizarre 1973 David Essex hit “Rock On,” sung by Todd Rittman, who was most notably the guitarist in Chicago-based noise-rockers U.S. Maple but is now frontmanning a project called Dead Rider. Rittman’s oft-doubled and mildly delayed vocals are chesty, cool and confident; his attitude is especially appropriate when matched with some more playful backup harmonies. Part of what I initially thought was so strange about Tortoise’s flam-tastic take on this song was admittedly due to it clashing with my not-so-pleasant “I want my MTV” memories of soap opera actor Michael Damian’s sterilized 1989 version. But after I got up to speed with Essex’s original, almost all the perceived awkwardness was sucked out of Tortoise’s rather reverent take on it.

Since “Rock On” is a cover, that makes “Yonder Blue,” featuring Yo La Tengo’s Georgia Hubley, the first actual Tortoise-penned composition to be released with vocals. The song was actually written and recorded without vocals in mind; after it was completed, they decided to invite Hubley to sing on it. Her performance is sea-breezy and fluffy, with longing lyrics softly spoken-sung in a sorta loungey, opiated way. Objectively speaking, the song is rather alluring; however, I find some of the vocals, or specifically the one line “I know I’m going to find you because it’s the day I’m going to find you,” really nonsensical and distracting. The song has an unanticipated and perhaps even accidental sense of absurdist humor, like something on a Ween record.

Without vocals, The Catastrophist would have just been another of-course-instrumental Tortoise album, and that wouldn’t have been a bad thing at all. But that might have been dishonest, or disrespectful to whatever muses brought them out of the vocal closet. In hypothetical hindsight, I can imagine some of their older songs with simpler structures having some verses and choruses on them too, so it would surprise me to hear that after such an enduring career, the topic of having a track with vocals on it never came up. I can’t help but wonder if they ever tried to do this at some other time and just never shared it, and if so, what was the hesitation and what changed? Even though I never would have predicted they would stray from their instrumental path, neither did I think they really ever needed to — perhaps we were long overdue for some vocals to appear on a Tortoise album? 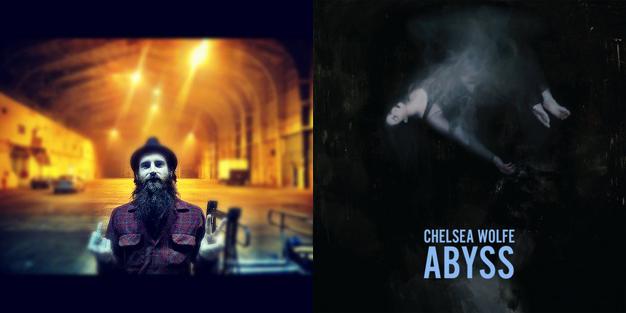 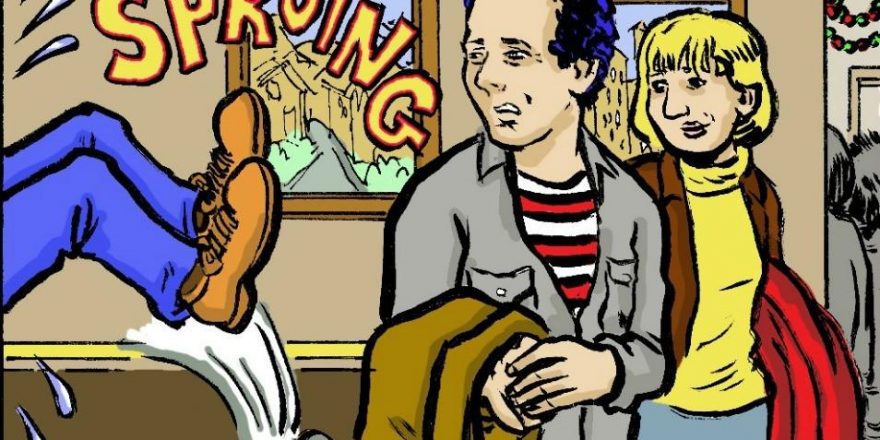 Jeffrey Lewis Talks His 19 Years of Yo La Tengo Fandom 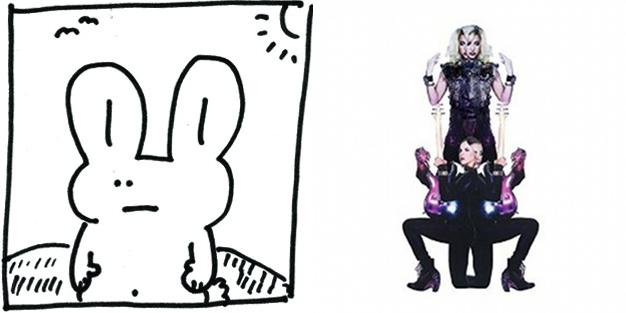