Paul Kowalski was born in the U.K. to nomadic Polish immigrants, and grew up on four continents. While studying literature and writing at Brown University, he published a collection of short stories and made his earliest films. He later received his MFA in directing at the AFI Conservatory. His debut feature, Paper Tiger, premiered at Austin Film Festival in 2020, winning the Audience Award and a Jury mention, and is now available on all digital platforms through Gravitas Ventures. His other films have won recognition from the ASC, Beijing Film Academy, CINE, Aesthetica, Raindance and Beverly Hills film festivals, among others. He is a BAFTA Newcomer and USC film directing professor – and was named by Austin Film Festival as one of “25 Screenwriters To Watch” in 2021. He lives in Los Angeles with his wife, actress Sorel Carradine.

Growing up in Saudi Arabia as the child of expats, it was hard not to be aware of Lawrence of Arabia. Even before we left England, I remember seeing snippets of the film: a strikingly blond-haired, blue-eyed man dressed in Arab garb; a camel mysteriously floating on a sizzling mirage; a man blowing out a matchstick that cuts to a red desert sunrise. Though I had no conscious interest in cinema yet – and at that age found the film insufferably boring – these images nestled deep in my subconscious.

Bizarrely, they soon became flesh. Aged 10, I started at my new international school in Riyadh, where my mum was a chemistry teacher. I learned of T.E. Lawrence’s real-life exploits, and how he galvanized tribes in the Arab Revolt during World War I. We took frequent trips to the desert, and visited remnants of the Hejaz railway line that Lawrence led guerilla raids against.

And just as in the film, the Middle East was soon embroiled in conflict. The Gulf War broke out in early 1991. Instead of the Ottoman Empire, this time the aggressor was Saddam Hussein’s Iraq, whose belligerence was met by a coalition response led by the U.S. and U.K. We lived right next to the old airport, then being used as a military base. I remember how my brother and I used to climb onto our roof after school, spying through our binoculars at incoming AWACS planes, sometimes even catching a rare glimpse of a stealth bomber. When the war escalated, families were forced to relocate to Cyprus – but my dad stayed, filming Iraqi Scud missiles flying through the Riyadh night, most intercepted by American Patriot counter missiles.

After the liberation of Kuwait, things returned to normal. The compound where we lived was home to Swedes, Norwegians, Icelanders and Brits; other compounds catered more to Pakistanis, Germans, Canadians, Filipinos, Americans – depending on the company or embassy. I reveled in being around so many mixed identities. My parents were Polish, I was born in England, and had already lived in Africa by the time we got to the Middle East. I felt at home among my fellow outsiders. But I also had Saudi friends – including one called Ahmad. One day, he summoned me to his house, then pulled out a complete set of Arab dress tailored to my size. I came out of the bathroom and looked in the mirror: in my flowing white thobe, and ghutra headdress held in place with an agal, I looked like a little Lawrence.

Around this time, someone from the English-language channel Saudi TV-2 asked me to join the cast of a weekly children’s program. I had recently played the lead in the school play, which I enjoyed very much, so I agreed. For the first time in my life, I was exposed to directors, scripts, rehearsals, cameras, sets … I remember shooting my scenes in the studio, being acutely aware that at any moment – due to the piety of the cameramen – they might remove their headphones, hang them on their tripods, and take their prescribed 30-minute break to pray in the studio mosque.

Due to an absence of secondary schools, my boyhood Saudi adventure came to an end in my early teens. A lot more moving around followed. At one point, I attended four different schools, four years in a row, on three continents. Not everywhere did my being different feel so special. Rootlessness was a blessing and a curse. The joy of experiencing new cultures was offset by a lack of stability, or any cohesive sense of identity or home. The impartiality of being a stranger, and the ability to see things with new eyes, kickstarted my creativity and had me constantly trying to reconcile contrasting views of the world; but this co-existed with never being fully accepted – like Lawrence, I certainly couldn’t claim to be an Arab, and no matter how hard I tried, I was also never quite Polish enough, nor ever quite English enough.

I struggled with this cultural schizophrenia all through my twenties. After college in America, I moved to London with the goal of staying put in one place long enough to make a home. I was in a semi-serious relationship (with someone who would have preferred me to be a banker) and started teaching English to support my acting, writing and music. I was tireless and had boundless passion, but didn’t know which field to focus my energies on; worse, I hadn’t yet discovered any semblance of my voice.

One gloomy London afternoon, I was walking along the South Bank with an actress friend. We were speaking about our artistic frustrations, and how our aspirations outweighed our realities. When I looked up, I saw that our walk had landed us right in front of the National Film Theatre, and a screening of Lawrence of Arabia. I hadn’t seen the film in years. Immediately, I started excitedly telling my friend about my time in the Middle East. But when we went in and the film started, I became engrossed in a way I had not expected. It was more than the familiar locations, the beautiful photography or the sweeping score. Watching the film this time, in young adulthood, it spoke to me in a much more profound way.

My first revelation came when Lawrence and his Arab colleagues succeed in crossing the torturous Nefud desert – only to realize they’d lost a man along the way. The group immediately proclaim the man’s loss inevitable: “It is written.” But Lawrence refuses, goes back into the hellish desert alone – and returns with the man, along with some prophetic words for his deterministic friends: “Nothing is written.” The credo electrified me; this was my indefatigable spirit, perfectly encapsulated in only three words.

But the pinnacle moment came at the film’s midpoint – a line of dialogue I had somehow missed in previous viewings. Lawrence has just made a perilous journey across Sinai to inform his superiors he and his friends have taken the key port of Aqaba. A lone British officer riding his motorbike along the Suez Canal spots him – this white man in soiled Arab dress, emerging like a vision from the desert – and stops to call out over the din of his motorbike: “Who are you? …Who are you!?” Lawrence, in close up, stares back in silence.

The motorcyclist’s question shook me. Laid before me was the story of an idealist torn between poles – “loyal to England … and other things” – trying to make sense of his identity, to find himself, to create himself. This was a film about me. Who am I?

I hadn’t known something like this was possible. How could one work of art do so much? How can it bring together such sublime writing, photography, performance and music so miraculously – and speak at once in a broad, historical language, and also intimately, of the human soul?

As I kept investigating the nuts and bolts of how the film was put together, I became hooked. I desperately wanted to seek out my own collaborators, and forge something epic and personal – and cinematic – that would stand the test of time. One gem in my research sealed the deal: I discovered that the motorcyclist who calls out to Lawrence was voiced by Lean himself. It was as if the film’s author had to directly ask the thematic question of his hero – the same he had been interrogating Lawrence (and the audience) with in subtler undertones throughout.

Months later, I broke up with my girlfriend, stopped going to acting classes and playing live concerts – and wrote and directed a short. The film premiered at a local festival, then won me a place to study at the American Film Institute Conservatory. This, in turn, led to me doing an MFA, finding my own group of dedicated maniacs, and writing and directing my first feature, Paper Tiger, which was released last month.

Looking back on that screening in the National Film Theatre, it was as if David Lean’s voice had been an oracle whispering in my ear. Lawrence of Arabia had once again brought me back to the images and sounds of my youth, but had also shown me a path to turn my preoccupations with identity, exile and home into a core idea which would serve as my artistic compass.

In the film’s last scene, Lawrence sits in a military car being driven away from Damascus, finally en route to England. The young officer driving turns to the now war hero, and says: “Well, sir. Going home … Home, sir!” And the look on Peter O’Toole’s face says it all.

Where is home? What is home?

Paul Kowalski was born in the U.K. to nomadic Polish immigrants, and grew up on four continents. While studying literature and writing at Brown University, he published a collection of short stories and made his earliest films. He later received his MFA in directing at the AFI Conservatory. His debut feature, Paper Tiger, premiered at Austin Film Festival in 2020, winning the Audience Award and a Jury mention, and is now available on all digital platforms through Gravitas Ventures. His other films have won recognition from the ASC, Beijing Film Academy, CINE, Aesthetica, Raindance and Beverly Hills film festivals, among others. He is a BAFTA Newcomer and USC film directing professor – and was named by Austin Film Festival as one of “25 Screenwriters To Watch” in 2021. He lives in Los Angeles with his wife, actress Sorel Carradine. 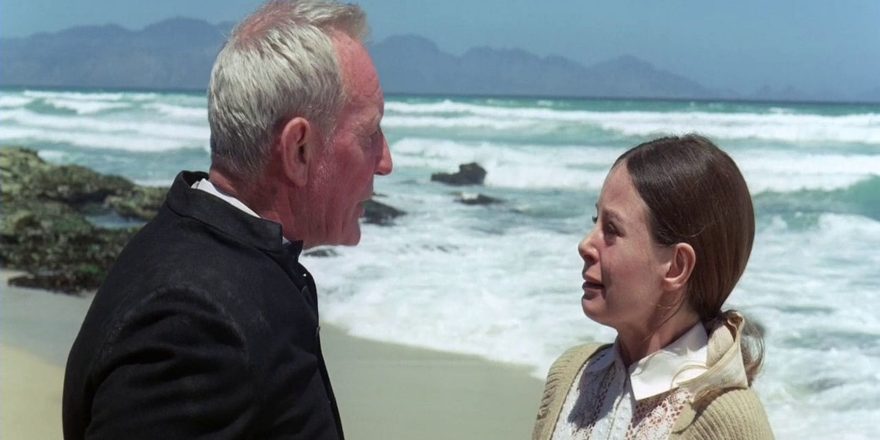