Jukebox the Ghost is Ben Thornewill on vocals and piano, Tommy Siegel on vocals and guitar and Jesse Kristin on drums. They formed in Washington, D.C., before relocating to their current home base of Brooklyn. Their new, self-titled album is available now via Yep Roc. You can follow them on Twitter here.

We, the members of Jukebox the Ghost (Ben Thornewill on vocals and piano, Tommy Siegel on vocals and guitar and Jesse Kristin on drums), are all fans of the Brooklyn band Ava Luna. We asked the Talkhouse to send us their latest album, Infinite House, and then we gathered together via Google Chat to break it down song by song.

BEN THORNEWILL: This song is like Aphex Twin, plus ’80s rock, plus badassery.

TOMMY SIEGEL: I love the bassline of this one, it keeps circling and circling around itself. I can’t follow it, but in a good way. It’s definitely a bold and weird choice for an album opener. Is that a recorder at the end? I dig it, and I hate recorders.

BEN: On my first listen, the parts of the songs that got me most were the quieter, mellower parts. Maybe it’s the contrast with the heavier, more chaotic moments, but I love the simple jazz influences underneath and intertwined with the slightly out-of-tune, talked/sung vocals.

BEN: For me, this whole song is about the moments with the female vocals making demands and the retro synth making its bleepy entrances. The rest kind of gets lost for me.

JESSE KRISTIN: I love how the verses almost sound like one person jumping from instrument to instrument; there’s not a lot of playing over one another. It’s adventurous, yet polite. I’m a big fan of these sounds and this bass groove.

TOMMY: Y’know those moments on Nilsson Sings Newman (1970) where you can hear Harry Nilsson saying, “Can I get more click?” and other random studio stuff? This song feels like a showcase of those moments. Like a soundcheck made into a song. I love how scatterbrained it is. Thumbs up.

JESSE: I heard a triangle!

BEN: This one has the same vibe, it’s like a tongue-in-cheek detective film noir song. I love a good “doo do doo.” Don’t quote me on that out of context.

TOMMY: I’m going to quote you on that out of context. Ben likes “doo do doo.”

BEN: What did I just say?

JESSE: Some of these spoken verses sound like they are straight from So I Married an Axe Murderer, in a great way.

TOMMY: This song is so New York art school. I love it.

TOMMY: I’ll add a *chirp* on my end as well for that comment.

TOMMY: Ava Luna are experts at confusing me in a good way. They’re always catchy, but sometimes I can’t make head or tail of what’s happening, in terms of the chords they’re using. “Roses & Cherries” is a pretty good example. I have no idea what’s happening here, but I dig it.

BEN: I wasn’t loving the super-high falsetto melody until he hit the “roses are cherries” part. I felt like I finally had something to hang on to. I also feel like this is something that they do well: making the moments that you can hold onto melodically appear when you need them, amidst the less immediately catchy moments.

TOMMY: Yeah, that’s kinda what I mean. Those moments of pure pop scattered within insanity. They’re masters of that.

TOMMY: It must be tough to pull off a band with three singers. We have two, and we can never decide who gets to drink all the Goldschläger on the rider. So yeah, here’s another lead singer. This is Felicia Douglass, I think? Love her voice. This song is the hit!

BEN: Oddly, this isn’t my favorite yet. I feel like the part I want to be focusing on is the talking moments under the sung “ahh”s, but I can’t make it out. Though it does come through a bit later in the song.

JESSE: Her voice is so compelling to me here; it’s sounds like it’s channeling the attitude and campiness of Debbie Harry. Love the drum mess-up at the end.

TOMMY: Ben, this next track has more of those “doo doos” you love so much. Right up front, just how you like ’em.

BEN: Also, don’t quote me out of context on that one.

JESSE: have no idea why the Beatles’ Let It Be (1970) comes to mind for this one. Maybe I want to hear this song being performed on a rooftop?

BEN: Ooh, this one has some soul up front, I love that.

JESSE: I’m still getting a Let It Be vibe. There’s a few “Dig a Pony”-style bluesy rock riffs in this one.

BEN: It is so hard to use some of the chords they are using without it sounding like really bad R&B, which this absolutely does not, especially when the big guitar comes in.

TOMMY: I was wondering if this side of their band, the Arto Lindsay punk-jazz ballad thing, was going to make an appearance on this album. There are more of this type of song on prior Ava Luna albums. I love it.

JESSE: I like how the song goes from birthday cake latte to week-old oil-change black coffee.

TOMMY: This album is really economical. Every song ends just before I want it to, which is probably a great thing. Every time I start thinking about what I’m gonna say, the song is over. Loving “Best Hexagon,” but it’s almost over, Goddammit.

JESSE: I heard one Swordfishtrombones (1983) moment. It sounded like someone banged a pot/pan, Tom Waits-style. I loved how I only heard one.

JESSE: Sometimes I get tired of hearing the “blown-out” thing, but Ava Luna pull off so many experimental aspects that the distortion feels important, like a piece of the whole puzzle.

TOMMY: Yeah, I agree about the puzzle thing. There’s a lot going on in this band. I mean they have three singers. One of the singers is super soulful (Felicia Douglass), one who has more of an art-school vibe and seems more stream-of-consciousness (Becca Kauffman), and one who reminds me of James Chance (Carlos Hernandez). Their music is jazzy and quiet sometimes, then funky, and then pummelingly loud at other times. It all makes sense taken in context, like a show or a whole record. Know what I mean?

BEN: Who is going to pay this man’s billz?! I love the transition into the second verse. It’s super-smooth, with a nice use of that delay on the synth.

JESSE: Such a tight groove.

BEN: My only wish is that some of the vocal melodies on this record were a little more comprehensible, but I know that is just my own aesthetic taste for greater melodic simplicity. For them, it definitely works in juxtaposition with the simpler moments.

BEN: I love the vocal processing on the “ah”s and “oh”s. Who knew I was such a sucker for that stuff?

JESSE: There’s something incredibly un-punk rock about Ava Luna. This isn’t such a bad thing. I go to punk music for adrenaline most of the time, but this music sounds like it can create similar aggression and careless vigor with much more of a dance/soul reference. They focus on funk guitar and bass instead of steady rockage. It’s like the opposite of the Ramones but somehow with the same agenda, and that’s impressive to me.

TOMMY: Like I was saying before, the whole record has been so economical. I feel like this is the first song where they’re all stretching their legs and running around for a minute. It’s the seventh-inning stretch, and they’re getting weird.

TOMMY: I hear ya, Jesse. To me, they’re not direct descendants of the no-wave thing, but it feels in that lineage. A little James Chance-y. Not necessarily “punk,” but taking the attitude and putting it on another genre. It’s punk like the Talking Heads are punk. Which is to say, kinda not, but also kinda definitely.

JESSE: Certainly the nerdier, artier side of punk. It’s too smart for its own good, which is also good.

BEN: I like that at the end the drummer is just like “okay, enough!” and does a little fill and ends it.

BEN: After “Victoria,” it feels like both they and we have earned this groovier, quieter moment.

TOMMY: They’re ending the record on the jazzier side of things. This one almost feels like it could be a pop-jazz standard if the production and attitude were different. The sweetness does feel earned after the jammy detour.

JESSE: What is very refreshing here is that there is they use dance music as a foundation, yet the modern near-clichés of washed-out, layered, arpeggiated/gated/kale-infused synths are entirely gone. The dance grooves are retro and classic. Dry and simple. Bass and drum. This is super-refreshing as a foundation for the unpredictable top layers.

BEN: What an ending! I like a record that feels like a record. This has a nice shape to it. I really like the use of headier jazz chords, progressions and techniques next to the heavier, more punk moments. It works for them. For someone (me) who definitely leans towards the former aesthetically, yet cannot take too much, it works well.

JESSE: This music is so far from being effortless, and it’s a far cry from punk yet it finds a way to be musically experimental and expressive while staying entertaining, fun, interesting and unpretentious.

TOMMY: I like that amidst all the melody and songs that are just plain fun, they still challenge you. “Oh hey, you like that chorus? Screw you. We’re getting loud for a minute and then we’ll just hammer one chord to death.” That’s what makes them punk to me.

JESSE: Yes, their arrangements are anything but, but the attitude, the punchline, the essence of this album is “fuck it!”

Jukebox the Ghost is Ben Thornewill on vocals and piano, Tommy Siegel on vocals and guitar and Jesse Kristin on drums. They formed in Washington, D.C., before relocating to their current home base of Brooklyn. Their new, self-titled album is available now via Yep Roc. You can follow them on Twitter here. 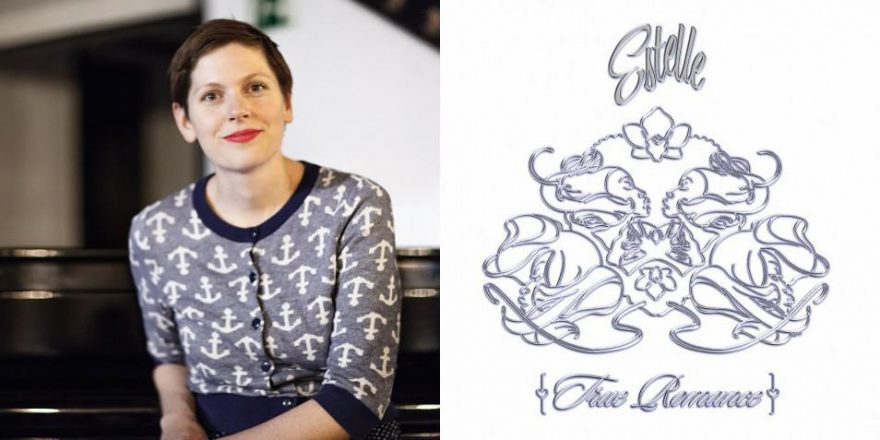