I have a weird relationship with punk music. Firstly: I love it. I’ve been going to shows since I was 12 years old. My performance style has always been inspired by the intensity of punk and hardcore as much as anything else. Just yesterday I listened to a Japanese Oi! punk band called The Discocks.

With that said, some part of me has always been skeptical about the conformity built into the genre. When I was 16, I got pulled out of a parked car and punched in the face by a punk rocker because he heard I was “talking shit about street punk” online. I probably deserved it. Regardless, I think as a kid I quickly realized that there were many easily mockable things about punk rock: the dress code, the dumb posturing, the conservative musical policies. But it still meant as much to me as rap or rave or whatever other subcultures I was simultaneously obsessed with growing up.

From a young age I could sense that there was something ridiculous about the rituals of punk, but the energy and music kept me coming back for more. My ambivalence about subculture has played out in a slow burn style ever since, enveloping my feelings about all the other weird punk-adjacent worlds I’ve spent my confusing life on the edges of. You could swap “punk rocker” for “noise musician” or “techno DJ” and my relationship would ultimately stay the same. I love it and I hate it. The single-mindedness and focus of subculture is what makes it so special. It’s also sometimes what makes it absurd.

As I grow older and further isolate myself from the world, I spend more and more time watching YouTube videos of punk bands in my bedroom. Nothing is off limits. Everything from contemporary hardcore to grainy ‘90s ska-core core videos, all for reasons I am still trying to figure out. In my tiny cell-like New York City room, as drunk people shout loudly in the night directly outside my window, I put on my headphones and watch young adults stage dive on YouTube.

The Coneheads were a band from Northwest Indiana that sounded like a manic, basement-damaged take on early Devo. There was always something mysterious and homespun about their records that allowed them to transcend pure revivalism and enter into a more unplaceable realm. It might’ve been the band’s extra-high energy playing, it might’ve be the effected, extraterrestrial vocals. Either way, there are plenty of people I know that would never consider listening to guitar music made in the past decade. On some level, I understand that. But listening to The Coneheads, I am reminded of the eternal power and weirdness that can come from freaking out and doing it yourself, no matter what form it takes.

(Don’t get me started on the pseudo-real subgenre of contemporary underground music known as Egg Punk, which is named after The Coneheads and conceptualized by Tricky Youth, an artist whose music I release on my record label Thunder Zone. Do not even get me started.)

I never got to see The Coneheads live. I don’t believe they ever played New York or even my hometown of Milwaukee — in fact, when I once asked some kids in Bloomington if The Coneheads ever came to their town, they told me that the band doesn’t like playing in “big cities,” which I guess I could’ve inferred from the lyrics to their song “Big City Baby,” though Bloomington is not the first thing that enters my mind when thinking about large American metropolises. I never even remotely considered traveling to any of the small punk festivals that the band would play at.

I’ve probably watched every video of The Coneheads that I can find on YouTube, though, along with bandleader Mark Winter’s many other projects, which include the hardcore band Big Zit and the post-punk group C.C.T.V. Through all of that footage, I keep on returning to one five-minute video from 2015. In the clip, the band plays on a stage inside a Hardee’s parking lot in the small American city of Springfield, Illinois.

Presented by the record store Dumb Records, the video is in some ways as good as it gets for me. I’m also an idiot, so take that for whatever, but still: This combination of an Anytown, USA fast food establishment and a completely insane punk band does a better job articulating a kind of fucked up, inspiring American energy than I ever will. It’s an energy that will haunt me until the day I die.

Watching this video makes me wish I wasn’t living in New York City but rather a fantasy small college town somewhere in the middle of America, where a band like The Coneheads plays at your friend’s house every week, rent is cheap, and people don’t spend all their time yelling at each other on Twitter. But I know that is not reality, not even close. It doesn’t matter, though, because instead of going out tonight, I’m going to turn off all of the lights in my depressing room and watch this video of a punk band playing in a fast food parking lot over and over again. Because that is the kind of shit that makes my life worth living! 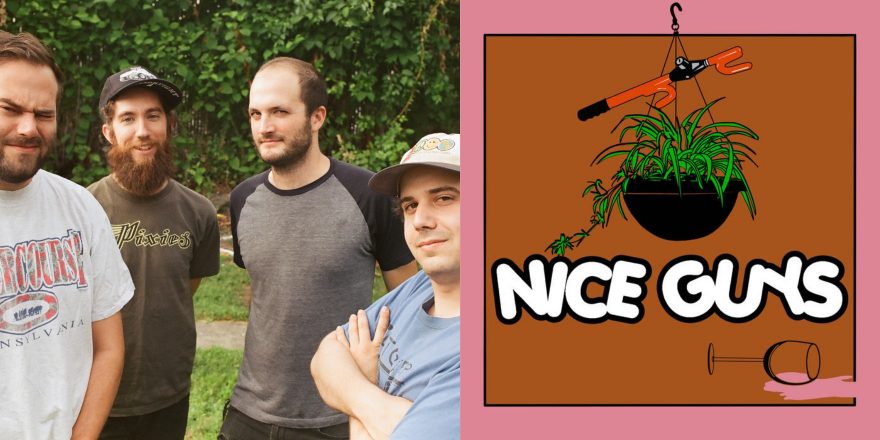