Around 2015, I played at a warehouse in Baltimore located at 1539 N. Calvert St. for what would end up being the last time. From the backyard skatepark to the strange imposing face illustration that presided over the property, the Bellfoundry was a beautiful factory constructed for and by the DIY movement. It functioned as a sort of all-purpose rec center, hosting shows, art studios, movie marathons, post-memorial service parties, and anything else you could imagine. Things were generally moving and becoming; people seemed to be getting together and building toward something. Of course, housing officials put a stop to it not long after.

The show in question was, to put it politely, sparsely attended. A friend of mine chalked up the lack of an audience to the fact that “a lot of rappers live here now, that’s most of what’s going on show-wise.” Looking back I have to wonder if JPEGMAFIA — who, on his fantastic 2017 album Veteran, both dedicated a song to the space and claimed multiple times to have “killed rock” — was one of the rappers in question. If so, was it possible that he had, in fact, killed rock? Did JPEGMAFIA murder my band?! The answer is probably more complicated than that, but even in a world where he was solely responsible, I would happily let him destroy us again and again.

Of course I’m generalizing, and I still love rock music, but in response to this era of constant trauma, “rock,” it seems, has largely curled into itself. Many popular bands make pretty, anesthetized music, designed to make us feel the way we wish the world was. Hip-hop, on the other hand, has grown increasingly erratic, strange, and aggressive; it forces us to experience the world as it is. Enter JPEGMAFIA: rap’s modern day Morpheus.

JPEG’s music has been likened to many things; the internet, this particular cultural moment, other rappers who yell occasionally, etc., etc. To me, there’s no real accurate point of reference for it beyond a feeling. Joe Strummer once said, “You know how most music isn’t the way you feel?” Well, this music is the way I feel — and I’ll bet it’s the way you feel sometimes, too. All My Heroes Are Cornballs is an aural representation of what it’s like to trudge through a day: the confusion, frustration, absurdity, horror, the moments of reprieve, all slip imperceptibly together in a slurry of an album that feels at once like it must have taken decades to complete and also like it gurgled out of some fucked up digital faucet in one foul slurp.

Take the title track, which sounds a bit like if a D’Angelo song took some bad acid and became convinced that roaches were crawling beneath its skin. It’s saturated with as many noises and interruptions as we’d encounter walking down a street or scrolling through a website, but somehow Peggy is able to keep our attention fixed on the stunning keyboard arpeggios. The purpose of the weird grainy red herrings becomes clear when they drop out and JPEG cuts through the noise to sing the line “‘Cause your wifey gon’ be callin’ the law” in a stunning falsetto run. The payoff of this unexpected moment was so huge for me the first time I heard it that I said, “oh shit,” out loud in my room, to nobody but my computer. This was only one of so many similar moments, and one of so many similar involuntary utterances.

He seems to rap more frequently and mix his vocals higher than on Veteran, which often required the listener to wade through static to find gems of his short-but-sweet verses. By contrast, on songs like “Post Verified Lifestyle,” he stumbles in right away like a drunk DMV customer with a significant bone to pick, and disappears just as quickly after successfully scaring the shit out of everyone. From the way he rhymes and treats his vocals, it’s clear that he wants you to hear every word (as he points out on the closing track, “I don’t spit raps, bitch, I spit rhetoric”). His verses also have a physicality to them; you can feel the consonants scraping against one another like sandpaper on sandpaper in the denser passages. Whether this is due to the mixing or the quality of his voice, it does more to set him apart even as his production already exists in a dimension of his own creation.

Though he has no doubt reached a wider audience, JPEGMAFIA still in many ways embodies the DIY ethos that the Bellfoundry once represented. His live show still consists of him and him alone, the beats, several bottles of water, and a maniacal stage presence. He’s as politically uncompromising as ever, and has absolutely no problem baiting his detractors. Inevitably though, as he has ascended, some inconsistencies have started to appear in the space between his content and the way he operates. In one song, he brags about being booked for Coachella as if it were a rite of passage; in another, he boasts of sneaking contraband into that same festival. He openly mocked Pitchfork throughout his Pitchfork Festival set, refusing to refer to it as anything but “Condé Nast Music Festival” — but, of course, he still played. These incongruities are also present in another way, musically. On “Free the Frail,” a gorgeous slapper that could easily score him points with the mainstream, Peggy throws a spin in the final chorus by inserting a recording of someone deadpanning, “Such a cool chord change,” and mixing it obnoxiously high over what is, yes, a very cool chord change. At first I wished he’d just let it be, but the more I listen, the more I appreciate his unwillingness to commit to pop stardom or experimental weirdo-ism. As the chorus goes, “If it’s good then it’s good… Shit is out of my hands.” You could accuse him of trying to play both sides of the fence, but perhaps he says it best in the album closer: “Record’s gold/Cracker, pay me.” It’s hard to argue with that, and really, would you want to? 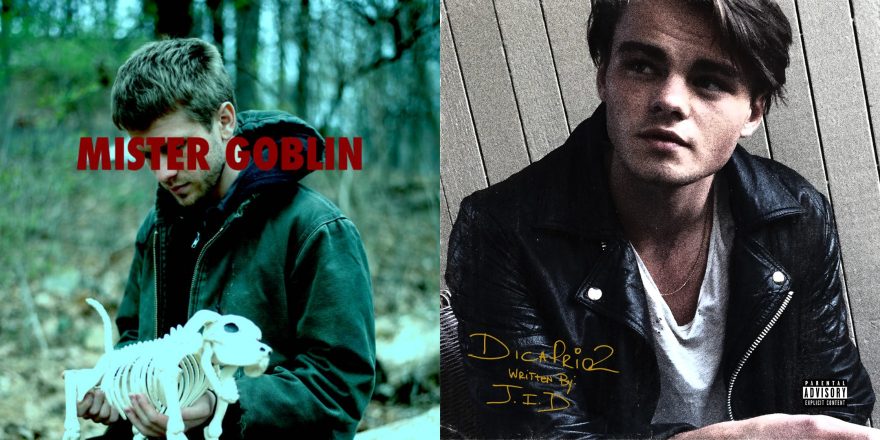