There is approximately a 78% chance that if you’re over the age of 20 and involved in some capacity in “the scene,” you’ve seen Devin McKnight play guitar. He spent the better part of his 20s cutting his teeth in East Coast mainstays Grass is Green and Speedy Ortiz, who both toured all the fucking time. You might remember him because of his wildly creative guitar textures, joyful noise solos, melodic acuity, or possibly because he was usually one of the only people of color in the room and could play just about any one of us in the even-more-homogenous-than-it-is-now white indie world of the early aughts under the table. In Maneka, however, McKnight finally gets the microphone and the chance to address the social faux pas, general discomfort, and obstacles he’s encountered navigating a scene that’s sadly still dominated by what he once lovingly called “emaciated white guys with nice jaw lines.”


His first EP Is You Is was an introduction not only to his style independent from other songwriting influences, but also to his personality. Its wry, clever songs ranged in subject from meditations on The O.C. to the pitfalls of SSRI use to tales of being hit in the face with ice cream cones. Over its seven darkly catchy songs, you get a sense of McKnight’s range and talent, as well as him being someone who probably has a really good fake evil laugh (which he does, incidentally). He also showed himself to be capable of tender, quietly devastating moments like “Molly,” a tribute to his parents which opens with the curiously touching line, “My dad would probably beat up your dad/with a right hand he honed/at a prep school.”


On his sophomore effort, McKnight focuses in on all fronts, sharpening his songs and narrowing his tolerance for bullshit. His new work is largely concerned with identity and his place in a convulsing DIY culture currently attempting to puke up its many repressed ideological contradictions. The first two tracks are victory laps in everything McKnight does well: harmonious layered guitars, grabbingly weary baritone vocal melodies, and of course, tastefully “out” solos that still somehow manage to sound heroic. However, in the closing seconds of “A Brand New Day,” you get the sense that this will not be a by-the-books rock record. In the outro, Jordyn Blakely’s (Stove, Sharkmuffin) gorgeous vocals intermingle with a loping guitar line along and some incongruently chopped up trap hi-hats. The combination is both jarring and pleasant, and sets the stage for more experimental moments on the album that crop up in the latter half.


After the amusing pitch-shifted “Devil’s Warning” interlude that splits the sides of the record, “Mixer” emerges as perhaps its most challenging and gratifying moment. Opening with strange chirping guitar noise, the song crashes in with a hulking bass line and McKnight’s almost arhythmic spoken word vocals (did I mention he has several rap records under his belt, too?). The verses slot in nicely with the record’s overarching theme of identity (“‘Cause black is a concept/stemming from our ways and our dialect”) which gives way to a lilting chorus backlit by jazzy drumming, with McKnight repeating, “There’s the world around me/there’s you, you, and you.” The whole thing resolves into a fantastically unexpected sax solo by his cousin Brent Birkhead. Describing the component parts of the song might make it sound like genre-mashing for its own sake, but it works remarkably well and stands as a testament to the brave new musical world we live in. The excitement of our newfound genre singularity is palpable, and moments like “Mixer” are more than enough to compensate for the many failed Frankensteins that walk the earth and rain down on us from the great height of the SoundCloud.

Along with the diverse reference points for Devin, amusingly enough, McKnight shamelessly betrays his status as a someone who started playing in bands in the early 2000s. Many songs on the record employ the nu metal era’s penchant for super distorted low-tuned guitars and occasional blasts of breakneak two-step parts. Here, though, he gleans the best and most interesting parts of nu metal and pop punk, eschewing the embarrassing braindead machismo of the former and the whiny misogyny of the latter. “Glazed” makes good use of a Korn-by-way-of-Jesus Lizard bassline in the verse and a hairpin turn into the chorus that throttles the song into a breathless double-time, setting us back down in the custardy soup of the verse before the mosh pit would have a chance to become too treacherous.


“Holy Hell” returns us to more familiar territory, with a Polvo-on-a-lazy-river-paced verse that gathers momentum into the pre-chorus with McKnight moaning “All I can afford/are the rates on this phone.” Like Is You Is, Devin winds down with an outro that consists of his parents speaking casually over an instrumental. On an album concerned with interrogating origin and the question of belonging, McKnight fittingly turns to the people who gave him the name Devin in the first place for answers.


So now, if you’ve read this far, you get to come to the big reveal: Devin McKnight was a substitute teacher at my high school when I was a junior. Sick, right? In that job, he fulfilled a similar role he later did in his bands that preceded Maneka — a creative position that refused him the satisfaction of gaining full authority over the curriculum. Now, with his own distinct style and songwriting prowess on full display, he’s the full-fledged teacher he always was. Now, you may call him Mr. McKnight, or if you’re lucky, simply: Devin. 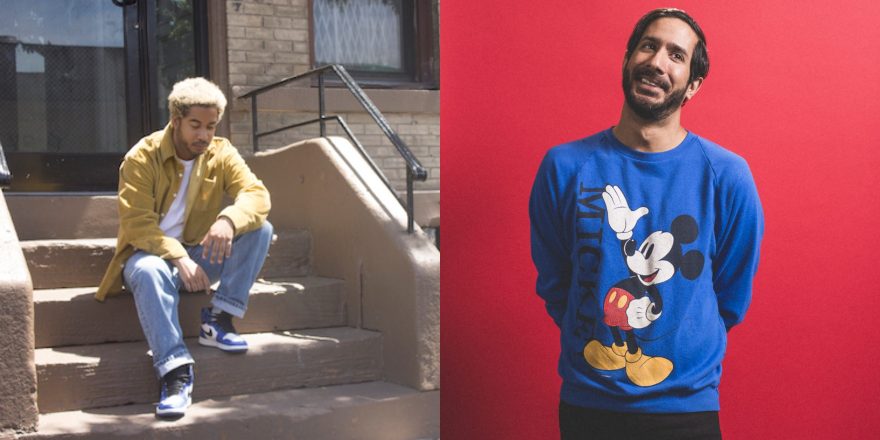 “We’re Ready To Be In the Future Now”: a Talk with Devin McKnight and Shehzaad Jiwani 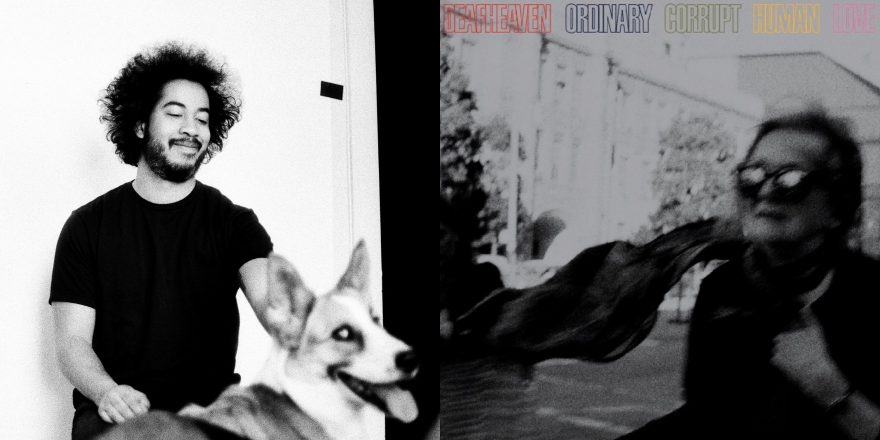 Songs of Experience Tells the Same Old U2 Stories