Jenna Putnam is an American visual artist, writer, poet, and recording artist. Known for her intimate portraits of friends, artists, and lovers, her work often blurs the lines of the documented and the staged, drawing a naked vulnerability from her subjects and creating a lasting connection with the viewer. She recently released her debut single, “Make War.”

Last month while I was visiting my parents in San Diego, my Dad was getting rid of a bunch of old shit and there were some bins piled up outside my childhood bedroom he wanted me to sort through. Stuffed animals, notes crammed into the miniature drawers of my jewelry box, old weed, strawberry flavored lubricant, cassette tapes, and of course, my Talkboy FX Plus. Horrified because I knew it contained something vulnerable, I went inside my old room and carefully placed one of the cassette tapes into the player. It was the voice of a young, rebellious 12 or 13 year-old girl, singing lyrics to an unknown song while a popular radio hit served as white noise in the background. It was something I’d written during my first heartbreak over a guy who lived two doors down from me. I sat on the floor cross-legged for a few minutes and contemplated the power of words and sound… how a song can literally transport you to a moment in time imprinted in your mind for eternity, awakening an encyclopedia of memories waiting patiently to be re-lived.

Lyrics have always come first for me, which is, I suppose, an important part of my writing process. Half written in the shower and half on the 5 freeway headed north to Los Angeles, the lyrics for “Make War” came to me in the form of a melody. Like a hymn chanted. As someone who deals with anxiety and mental illness on a daily basis, the current state of the world can feel heavy, deafening, suffocating. I longed to be somewhere far away, and felt as though I was speaking for many people when I imagined this pure, blissful state of freedom… the thing that we were promised.

Some of our biggest challenges are not always decipherable to the naked eye. Our greatest struggles can be our own inner dialogues, the forces of light and dark that plague us, and the desire for things to be like they’re supposed to be. Perhaps the real problem with America is society’s glamourization of The American Dream. The films and television shows we grew up watching that were meant to depict real life were in fact so far from it we capsized and sank like the fucking Titanic once we realized what dreams weren’t made of. And I think that’s what this song is about.

Once we put the lyrics to the music Calvin Love had written, it started to take its own form. We were writing together from a distance, which was complementary to the process as we were echoing musical ideas back and forth. The melody I originally had in my head was not far from the one Cal had in mind. There was no real form, no defined verses or choruses, preserving the poetic vein the original idea for the songs stemmed from during a road trip across the country.

When Calvin got to Los Angeles we had a few days in the studio for pre-production, and that’s when I really felt a shift in myself. I was fortunate enough to be surrounded by a group of supportive, talented musicians who were eager to help the vision come to life. Julien O’Neill was also an integral part of the writing and production for “Make War,” and someone who I’d collaborated with in different capacities. As a photographer, I’d previously felt like I was always on the other side of the looking glass, and this was the moment I felt like I was speaking the same language as my subjects. There was a mutual respect and understanding that wasn’t present before. All the insecurities I had disappeared. I was home.

Translating that to the recording process was really just capturing the excitement and exhilaration of doing something for the first time juxtaposed with raw nerves and fear, and bringing that energy into the studio. “Make War” refers to the war within ourselves, and the longing to turn our self-destruction into something beautiful.

Jenna Putnam is an American visual artist, writer, poet, and recording artist. Known for her intimate portraits of friends, artists, and lovers, her work often blurs the lines of the documented and the staged, drawing a naked vulnerability from her subjects and creating a lasting connection with the viewer. She recently released her debut single, “Make War.” 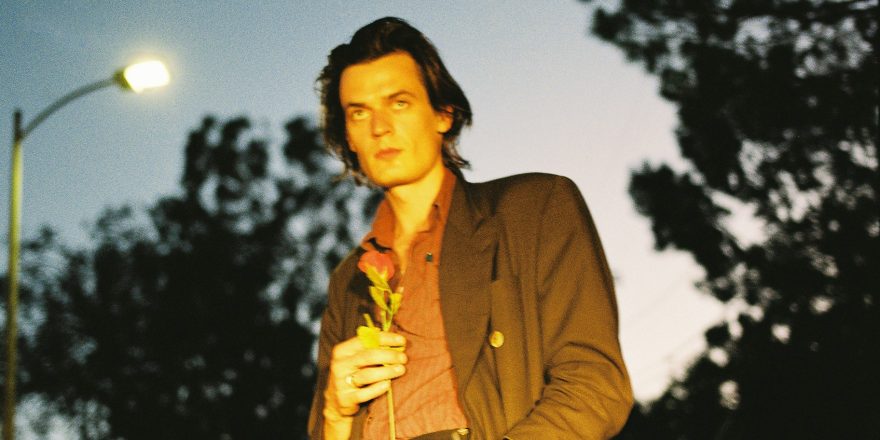 Introducing: Calvin Love’s “The Coin, The Stick, and The Take”