Let me start by saying, first and foremost, that the new Go! Team record The Scene Between is great. Ian Parton is a genius songwriter, and he has a great affection for tangibility in music that I have the utmost respect for. His aesthetic is so close to being perfect to me, and after having this record for a few weeks, I now know every song by heart, and I can’t stop listening to it on repeat.

After that unbearably positive paragraph, I will reverse the tone by admitting that, unfortunately, something really bothered me about the press release that accompanied this record, and I can’t help but take the opportunity to write about it.

“The Scene Between, the Go! Team’s first album in four-plus years, is markedly different from any of their previous releases and sees bandleader Ian Parton going back to the Go! Team’s roots by writing, performing and producing all of the songs himself, sans band members.”

These few sentences, and the ones that followed, set me off on an emotional journey of frustration that kept me simmering for about an hour… until I remembered that I was writing a review of the record itself, not the campaign or the musicians, or my opinion on what happened with the band’s demise as a group.

I read the above quote as some kind of obituary for the band I once knew. A band I once loved, DJ-ed during late nights, and pogo-danced to while smiling from ear to ear. A band. “Goodbye,” I thought (admittedly quite dramatically). You see, part of what I loved so much about the Go! Team is that they were a band, and you could hear that on their albums. They had that thing that an old friend of mine once told me was the only way you could succeed in the industry: “The band has to feel like a gang.” And boy, did they ever. The Go! Team felt like a family of strangers who all met up on the corner one day in colorful, happy clothes and decided, “Hey, let’s make a record and change the world.” A TEAM! A GO! TEAM. A group of people who brought rudimentary, happy pop music to the people. A group that helped everyone on the planet remember that music was supposed to take you somewhere else and plop you down in a basement of people just like you and make you smile and sweat and dance and hug.

Anyways. I read the blurb. Which meant that I had shitty expectations about what I was about to hear. Still grieving the loss of the party fuel (and without even beginning to listen), I re-read the words about Parton playing all the instruments, and couldn’t help but feel annoyed at that decision. Good for him. I mean I get it. It’s really awesome that he has all that talent. All that skill. And most of all, the drive. To work and push forward on his own, without a team. (A what? A TEAM.) Suddenly this “review” started to turn into a feminist rant about men and their talent and their need to express that whenever they can. Their need to jack off for four years all over a bunch of instruments so that they can take all the credit and receive the necessary ego-boost to take them to the next rung of the music industry’s patriarchal ladder.

But yep… you guessed it. After about three seconds of listening and frantically typing at the same time, I stopped in my tracks, sat up in my chair, stared at the wall and realized that this record is fucking exceptional! Like… outstanding. A clear-cut example of songwriting wizardry. And I listened with my eyes closed silently until it ended.

So, yeah, maybe he had nothing to do with the blurb. I know how it works with management, PR, labels and The Man. I mean, the publicists probably wrote whatever they thought other industry folk would want to hear. So maybe I should just lay off, I thought as I listened, and let myself into the music, the production, the mix, the sequence. I just needed to let myself in, and in I went.

Starting with “What D’you Say?” we are grounded by a fabulous pop song with youthfully simple riffs, incredible reverb and distortion melting all the elements of the track together. And thank the fucking goddess for that voice. For those clunky drums, toy synths, guitar chords, and straight up good-feeling vibes. It’s like my ears have hands and they finally get to feel all the textures of rhythm and I’m like, “Holy shit, I’m back in it, just like I was last time!” (Even if I have to pretend it is still a band.) But whose voice is that?

So I take a second to go back to the “enemy,” otherwise known as The Blurb. I search frantically for the name of the vocalist on the title track of the record so I can talk about how her vocal is so refreshing and heavenly and transforms a simple melody into a force of radiant pop. But no matter how hard I search through the content that was sent with The Blurb, as well as the entire internet, I can’t find anything about who the vocalists are. I mean it’s clear that they are women’s voices, so they aren’t Ian’s, but whose are they?! The only clue I could find was this:

“Parton had four rules before starting: melody would guide the song, samples would be treated as an instrument rather than a basis for the song, the production would vary across the song like flipping the dial on a radio and the singers must all be people he’d never previously heard of. Matching the song to the right voice wherever that voice was in the World, an outreach program for bedroom-core DIY artists.”

So Ian didn’t play all the parts himself after all! There were vocalists, and many of them. And these female vocalists deserve to be credited. So I reached out to my management to track down the following credits for the female vocalists on this record and after about a week I got this in return:

I’m posting this credits list in its entirety so that it exists somewhere. For my sisters with great voices. Voices that take us around the world and back again. Sisters with texture and tangibility and tone. DIY bedroom sisters, thank you for your work (including the unspecified “Atlantan singers” with no names). OK, maybe I should thank Ian for choosing these women’s voices? They sound great, Ian. Great job. No, seriously. Good job.

Even though I clearly have no problem being critical of the campaign for this record, I have to really try hard to nitpick the music itself. On my first listen, I could sense an attempt to modernize what the Go! Team had given us before, but you can’t make the same record twice, and to be honest, none of those feelings stuck with me after a few weeks of this record on repeat. With its interstitial skits and sample-based moments of mastery, I’m sold. I would say this is probably one of the least apprehensive albums that I have heard in a long time, and that is refreshing. It’s a fun, confident bunch of palpable jams. A full-on journey from one delicious song to another.

As I near the end of each and every listen, “The Art of Getting By (Song for Heaven’s Gate)” makes me believe for a moment that this is actually a band playing in a basement with a whole gang of punks freaking out with them. I have to hand it to him, Ian Parton magically creates the feeling of a band by doing everything himself. Except singing the vocals. 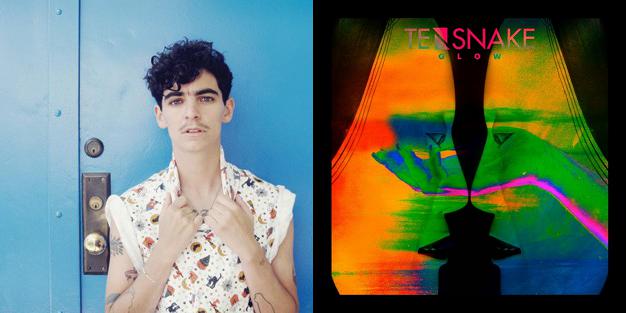