Jason Osder is the director and producer of the award-winning documentary Let the Fire Burn, assistant professor at the George Washington University’s School of Media and Public Affairs, and a partner at Amigo Media, a color-correction, postproduction, and training company. Jason co-authored Final Cut Pro Workflows: The Independent Studio Handbook with Robbie Carman, his partner at Amigo, and he creates online training courses for Lynda.com.

I watch a lot of documentaries. In fact, I first saw Virunga at Hot Docs, the largest documentary festival in North America. I was there just to watch documentaries and I probably saw 20 in that week alone. In all of that documentary-watching, Virunga — named for the Congolese national park that is its subject — still stands out as a uniquely compelling film.

I also teach non-fiction filmmaking, and there are certain issues that persist in the eternal discussion of what makes a great documentary (and what are the limits of what can rightly be called a documentary at all). Do we judge a documentary primarily by its cinematic qualities or its political saliency? Is it more important to innovate the form or to impact social action? Any way you look at it, this film about the plight of the last surviving population of mountain gorillas, imperiled by endemic warfare and Big Oil, gets high marks.

In cinematic terms, Virunga plays more like a fiction film — an action thriller, really — than any documentary I can remember. It is an emotional roller-coaster akin not so much to Harlan County, USA as to The Bourne Identity. At Hot Docs, I was sitting next to documentary film critic Tom Roston, who later ranked Virunga his #1 film at the festival. Seeing it at the TIFF Bell Lightbox on a giant screen with perfect projection and sound was truly a treat, even for a seasoned doc-head.

As far as innovation is concerned, what’s unique in my experience is the way Virunga achieves its narrative engagement through a mixture of genres. The first part of the film is influenced primarily by the natural-history tradition of filmmaking. Even well-worn visual themes (gorillas, mist, mountains) become sumptuous when rendered for the big screen as expertly as they are here. Yes, there are familiar tropes at work in the film, romantic and humanist notions about nature, and anthropomorphizing narrative structures. However, when the actuality merits the long aerial shots and expressive close-ups of endangered primates, we are enchanted.

This enchantment is not put to the expected uses by Virunga, and this is the real magic of the film. Just as we are getting comfortable with these familiar archetypes and rhythms, Virunga changes the script. A tense military situation is developing nearby. Unusually for a natural history piece, soon we are meeting new characters, learning about troop movements and front lines. As the tension builds, we realize that this conflict is not merely a vague context for a warm and fuzzy story of gorillas and park rangers, but a major part of this film. When we return to scenes in the park, the stakes have risen dramatically.

It’s a pleasing hybrid, but just as we begin to feel we have Virunga all figured out, another style and genre are introduced. The British oil company SOCO International is irresponsibly exploring for oil. Corruption is afoot. Another new character, freelance reporter Mélanie Gouby, is on the inside of this story, potentially at her own peril. With an investigative style that now includes tense hidden-camera footage, the mode of documentary filmmaking has again completely shifted.

It sounds like this shouldn’t work, but it does. These stories are woven together like a tightly plotted novel, informing and converging as the film unfolds. Perhaps it works too well. This was Tom Roston’s initial comment to me as we walked out off the theater. He picks up on the theme in his piece: “This is not a typical film for the doc crowd. It’s a movie for the mainstream. But that very well may be its greatest flaw. The doc audience could be thrown by the slickness of Virunga, and its Hollywood-style storytelling. […] I loved it. I’m a doc-lover with a mainstream sensibility.”

I’m a doc-lover with a formal sensibility, and I loved it too. However, to judge from the awards discussion and the comments of some peers (mainly filmmakers and academics), Tom was not incorrect. Many found the combination of styles jarring or the storytelling too pat. While I can see those criticisms, I didn’t see them on my first viewing, when I was completely enthralled.

We can continue to argue Virunga’s contribution to the documentary form, but we must also acknowledge that it delivers on a different set of goals around awareness and agency. As much as this film plays like a Hollywood blockbuster, it is also an activist film to its core, with a clear cause and a loud call to action.

It is a common critique of documentary criticism that it focuses on content to the exclusion of form. While this may be true, what we should strive for is balance. The importance of a topic or message does matter to the overall quality of a documentary film. A talented and sensitive filmmaker can uncover this import even with a subject that may seem mundane on its surface. The subject of Virunga, however, is epic. The mixture of genres, heavily molded into a dramatic narrative package, delivers on a central moral message that cannot be missed. If we, as humans, allow this archetypal example of natural beauty and renewable value to fall victim to the forces of greed and corruption, is anything safe?

It is a powerful message, but can a film make a difference? This is yet another way that we tend to judge documentaries nowadays. The creators of Virunga do indeed encourage viewers to get involved and provide tools on their own website. There’s little doubt that, as with Blackfish, The Cove and many others before them, the powerful interests indicted in Virunga will challenge the veracity of the claims made by the film. This in itself can be seen as progress towards holding these interests accountable.

Can Virgunga National Park be saved? On that question, only time can tell. I am of the school of thought that believes the supposed divide between art and impact in documentary is a false dichotomy (hat tip, Cara Mertes). If a film is going to change minds or prompt action, it must first grab our attention with great storytelling about a topic that really matters. For starters, Virunga is all that.

Jason Osder is the director and producer of the award-winning documentary Let the Fire Burn, assistant professor at the George Washington University’s School of Media and Public Affairs, and a partner at Amigo Media, a color-correction, postproduction, and training company. Jason co-authored Final Cut Pro Workflows: The Independent Studio Handbook with Robbie Carman, his partner at Amigo, and he creates online training courses for Lynda.com. 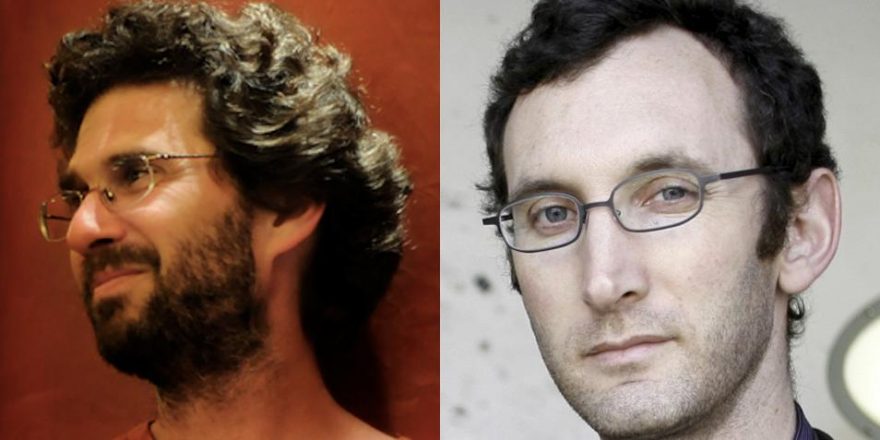