Putting together Saint Francis, Zookeeper, has been a result not only of many years of work, but of many years of letting things lie. Many years of doing whatever was there in front of me to do and not looking back. I think this is what the first half of life is all about.

Back in 2004-2007 I was obsessed with documenting things. It wasn’t just the reels of tape we filled at the studio. I also carried around an old video camera, documenting early versions of songs as I wrote them, random landscape shots filmed while driving around town listening to rough mixes of our studio sessions, quiet moments watching the animals we shared our hearts and home with. I often invited photographers to come by the studio or the house while we worked, or even just hung around and buzzed about. I can’t say why I was so interested in documentation at the time, but it seemed intrinsically right. I was coming to recognize the process as its own reward. I wanted nothing more than to fill my own room, my own house and life with these songs and these people.

After almost a decade of playing in bands, first Mineral (1994-1998) and then The Gloria Record (1998-2002), I was all of a sudden a man without a country. I was diving headlong into the works of Van Morrison, Harry Nilsson, Leonard Cohen, John Cale, The Velvet Underground, The Kinks, Paul Simon, Nina Simone, Thelonious Monk, Miles Davis, Randy Newman, Bob Dylan, and The Band. I wanted to write songs first and foremost. Simple songs that could be played alone on an acoustic guitar or piano. Then I wanted to fill rooms with people to help bring them to life in as spontaneous and magical a way as possible. It wasn’t about arranging, or thinking things out or through. It was only about the soul of the thing. The spirit and feeling. The willingness to show up.

Last year, as we started compiling the recordings, seeking out the original mixdown reels and transferring them for remastering, we also went on a bit of a deep dive rummaging through old stacks of scratched CDRs and dusty hard drives to track down as many photos and documents of the time as possible. Seth Woods was around for all of it. First as a coworker, then as a friend, a cheerleader, a band member, musical director, wedding officiant, and de facto archivist. In fact, Seth is such a large part of the whole story, and such a talented writer, that it seemed only sensible to ask him if he’d consider writing some extensive liner notes for the collection. His story of these recordings and that time immediately struck me as something that would also work nicely as a narration to some of the photos we were unearthing, so we set about to create some video documents to accompany the collection. This is the first of six parts which we will be premiering over the coming weeks leading up to the release of Saint Francis, Zookeeper. Taken together they will eventually comprise a longer piece telling the story of the most prolific and feverishly creative period of my life so far, and the people who came together around these songs.

In the East, the contemplation so natural to the second half of life is protected as sacrosanct. In looking back now from mine, I recognize that Saint Francis, Zookeeper is only a beginning. It is both a retrospective and a prelude. It is a documentation of a time of explosive blooming, creative abandon and intense inner exploration that has set the course for everything that has come since, and much of the work that still lies ahead for me. And I am grateful for it.

Saint Francis, Zookeeper is available for pre-order via Spartan Records. 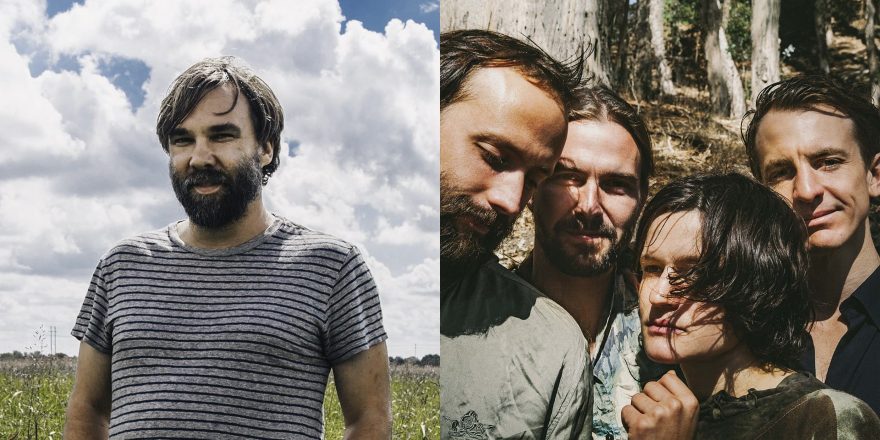