If you had asked me in 1987 whether or not I considered myself “emo,” I would have told you to fuck off. I was a New York City hardcore kid — a 13-year-old skinhead, even — and despite the fact that I probably listened to side four of The Smiths’ Louder Than Bombs more than any other record I bought that year, I wasn’t about to publicly die on that hill. I’d much sooner tell you that my favorite song was “Ready to Fight” by Negative Approach than tell you how many times I listened to “Unloveable” in a candlelit bedroom, harboring the fear that no one would ever love me if they knew who I really was.

The rationale went like this: If I was going to die unloved, I decided, then I might as well die unliked.

It’s difficult for me to describe my experience as a teenage skinhead with any more clarity than that.

By the time I went to my first-ever hardcore show in 1987, “emocore,” as a word, had already entered the punk lexicon. It had been coined a year earlier by a writer at Thrasher who used it to describe the debut album by Embrace — the more melodically driven band formed by Ian MacKaye after the dissolution of Minor Threat — and, much in the same way that other media-derived words like “chillwave” and “witch house” seem to describe both something and nothing, the word “emocore” took a musically and lyrically complex record and reduced it to a totem of petty feelings. At the time, people spoke about emocore as if traditional hardcore and punk had somehow leveled up to a position of totally detached social critique, while bands like Embrace were wallowing in a shallow pool of sentimentality.

For his part, MacKaye responded to the review with a now-legendary onstage rant where he called emocore “the stupidest fucking thing I’ve ever heard in my entire life” before challenging its etymology as pointless and redundant.

“Emotional hardcore?” he asked the crowd, rhetorically. “As if hardcore wasn’t emotional to begin with!”

And therein lies the irony surrounding the birth of “emocore”: Because while it’s true that in one song, MacKaye mourns the way he “can’t express the way [he feels] without fucking up,” not even ten minutes later, he somewhat harshly admonishes the listener for crying “selfish tears” and declares: “Hurt wastes your energy / Suffering wastes energy / Your emotions are nothing but politics / So get control.” He’s actually calling out the punk scene for not having enough self-awareness to identify and channel our emotions — from the scene’s drug and alcohol abuse problems right down to its ubiquitous “tough-guy stance.”

Which is to say that, as it turns out, the world’s first emo album isn’t actually as melodramatic or self-absorbed as we were primed to believe. It was a rallying cry for us to pick our feelings up off the floor, get our personal shit together, and do our part to make a lasting, meaningful political change.

Is there a word for that?

As a young observer, one thing had always been obvious to me: The original use of the word “emocore” was clearly meant to be derisive, not descriptive.

In the mid-1980s hardcore had largely evolved to become punk’s stoic and ultraviolent younger cousin. It was a subculture and musical genre not exactly known for its nuance, much less its reputation for sensitivity. Hardcore shows weren’t a place where we went to safely express our feelings; they were an arena for literally beating our feelings out of each other until we could go home numb enough to face another week of school or work or just plain survival. I have often argued that “normal people” don’t get into hardcore — and that the ones who do don’t stick around too long — so even as a kid, I sometimes introduced myself by asking, “What fucked you up enough to be here?”

There was always an answer.

On the other side of that question, however, was an admission of pain — psychic, physical, or otherwise — and these were feelings that we sometimes acknowledged, but certainly never indulged in. Hardcore in the ‘80s was not so much a medium for introspection, but rather for rendering our anger towards the external symbols of power that we blamed for our struggles: Politicians. Preachers. Corporations. Fascists. We pointed our fingers outward, but almost never inward. We sang along with songs that made us feel empowered and unfuckwithable, songs with titles like “Show You No Mercy,” “Street Justice,” or “Don’t Tread on Me” — and that was only one album! Emotions were weak and we were strong, the story went, so even the suggestion of “emocore” seemed paradoxical, if not implausible to many of us. History and traditional wisdom had already dictated that hardcore was not emotional.

It’s just that, as Ian MacKaye pointed out, this fairly broad perception of hardcore as a desensitized culture was not actually working out for us as a community of complicated human beings. Over the next several years, I watched people I went to shows with struggle with serious addictions and sometimes fatal overdoses, join right-wing extremist and neo-Nazi organizations, commit suicide, and even go to prison for murder. For a while there, it seemed like we were all just trying to navigate the middle between self-medicating and acting out.

But the middle is often an untenable place. We always got dragged to the edges.

There’s one more thing about how the word “emo” was used in the 1980s — or at least about how I felt when I heard it — and it has everything to do with that teenage skinhead who knew he was unloveable: In New York City, being called “emo” was akin to being called “soft,” and that alone was the kind of thing that got you beat down on the Bowery right before somebody stole your Doc Martens. But the derision with which the word was used — the implication of its very tonality — suggested that “emo” had also become an updated shorthand for “faggot.” You’d often hear people say things like, “What are you, fucking emo?”

We all knew what that meant.

For me, this was harder than I could ever let on. Because all those nights I spent with Louder Than Bombs, all those nights I spent resigning myself to a loveless future, all those nights I spent seriously contemplating suicide because I didn’t have the social or emotional wherewithal to perceive any other options for someone like me, I knew that’s what I was: I was young. I was scared. And I was a faggot. But I was hardcore, so I went ahead and buried that part of myself so deeply into my subconscious that I became exactly the kind of person who Ian MacKaye chided for being wholly unable to channel my emotions in the first place — choosing instead to hurt myself and others as some sort of penance for my secret.

Despite all this, as the decade came to an end, it wasn’t much of a secret among my friends that I loved so-called “emo” music — Embrace, Rites of Spring, Gray Matter, Soulside, and especially Government Issue’s You. But the word itself was an epithet to me, and being associated with it at that historical moment would have left me vulnerable to a type of exposure that quite realistically threatened my safety and future. 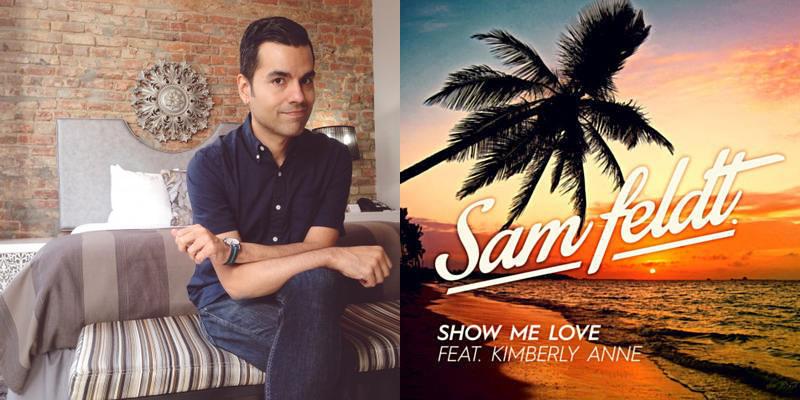