Handsome Ghost is the Massachusetts duo of Eddie Byun and Tim Noyes. Their 2014 breakout single “Blood Stutter” racked up 20 million streams, and their debut album Welcome Back followed in 2018. Their second album, Some Still Morning, will be out on Photo Finish Records on September 18, 2020.

It was morning. You could tell by the sun creeping through the gaps in the blinds covering the windows of our studio. The vision for our upcoming record Some Still Morning was finally coming into focus after almost a year wasted.

A while back when we were working on our first record, the sun would heat up our studio and our laptop fan would get so loud it’d bleed into whatever we recorded. So we put blinds up. In doing so, it was as if we erased the passage of time. It felt like we were increasingly isolating ourselves from our own lives, just focusing on music as a profession… as a career.

We started working on the songs that would become Some Still Morning in the summer of 2018. We recorded and re-recorded four songs in five different ways each and without any progress, it felt strangely like we’d come to the end of something. We had no vision besides a million different opinions from a thousand people all trying to help us “get somewhere” with our career, whatever that meant. We spent hours and hours in the studio and it seemed ambiguous. It came to a point where it seemed natural to call it quits, and that was starting to feel alright.

I think one of the things that made Tim and my working relationship so productive initially was that we made songs that were focused on the lyrics without ever explicitly talking about them. He would write the lyrics and melodies and then we’d work on the production, meshing our interpretations of the song. Production can have such a powerful impact on the story a song tells by creating a world for the lyrics to live in… Sometimes that context you create accentuates the song’s meaning, sometimes it shifts it. Either way, the focus on the lyrics was always paramount for us, even in projects before Handsome Ghost.

The early versions of the songs that would become Some Still Morning were a struggle. We had so many conversations about what we were trying to do that we forgot how simple it really was. We got away from our focus on the lyrics and got into forcing the songs to be something they weren’t. We were burnt out and getting nowhere.

We took time off and got comfortable with the idea moving on from Handsome Ghost and honestly, the thought of quitting was revitalizing. If we were going to quit anyway, what does it matter what the future looks like for the project? Who cares whether or not what we made was consistent with the “Handsome Ghost sound”? We started working on a song for ourselves that reflected our lives, and it felt right. That was April of 2019. We worked all night, and as the sun crept in warmly around the blinds, the song stood mostly naked. It was peaceful and honest and real.

That feeling is what guided Some Still Morning. It’s an album made from a place of peace. Songs from the morning trying to capture that moment of quiet. Merging our interpretations of the songs with all the emotions — sadness, anxiety, happiness, contentment — that we have in our lives… To me, that makes this album special. Each song is honest and true to both of us in different ways.

The final song we finished is also the last track on the album, “Sunday Best.” To me, it’s one of the saddest songs we’ve worked on together. It’s a song that we came to with very similar experiences, attending a funeral with somebody we love who is mourning somebody else we were not close to. It’s a song filled with complicated emotions.

The video for “Sunday Best” is an exploration of how different people hear and experience music. Handsome Ghost, to me, has always been such an interesting project because of how important our differing perspectives on the songs contribute to the project. I wanted to explore that concept more in a visual medium.

For the video, we worked with seventeen diverse visual artists with purposely dissimilar sensibilities. We divided “Sunday Best” into six- or twelve-second clips, and sent a different one to each artist along with the full song. We wanted to let the artists take ownership of their clip and allow them, with very little direction, to interpret their clip within the context of their own lives.

Some of the artists created pieces for their clips with the context of the song, some focused on their clip in isolation, and some saw their piece as an opportunity to express something felt within their own lives. The resulting interpretations range in content from a visualization of a specific word in the lyrics to a commentary on the changing world of intimacy in the midst of the pandemic.

The resulting video feels like the disjointed catalog of memories and emotions one experiences at a funeral. The visuals, like those emotions, are peaceful, chaotic, funny, bleak, and complicated. The pieces created by the artists are dramatically varied, and there’s a sort of beauty to that.

Handsome Ghost is the Massachusetts duo of Eddie Byun and Tim Noyes. Their 2014 breakout single “Blood Stutter” racked up 20 million streams, and their debut album Welcome Back followed in 2018. Their second album, Some Still Morning, will be out on Photo Finish Records on September 18, 2020. 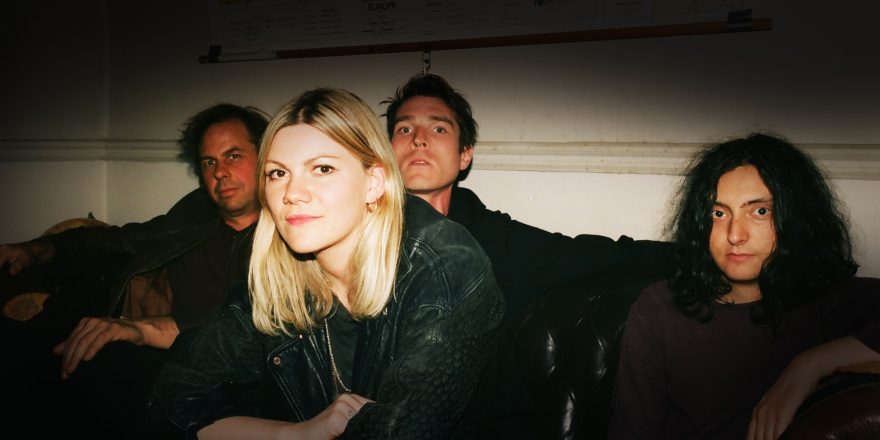 Introducing: H.Grimace’s “She’s In a State” 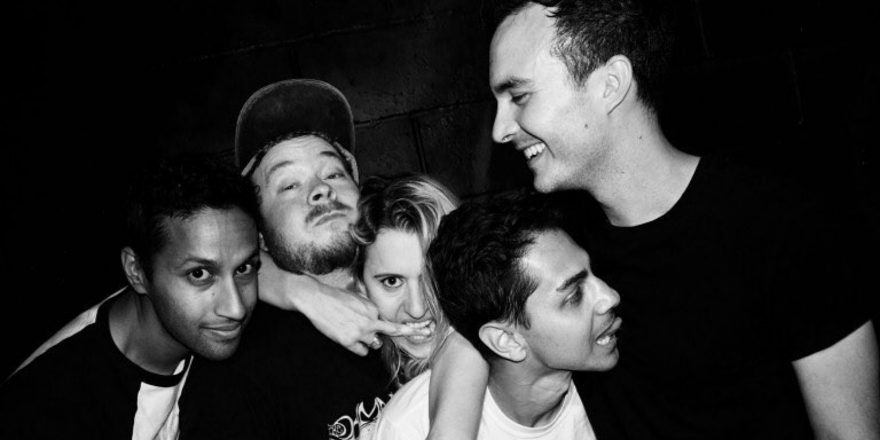