Famous Letter Writer is the project of award-winning writer and lyricist M.I. Devine and multi-instrumentalist Ru Devine. Their first album, WARHOLA, is out November 11 on Big Deep Records. M.I.’s book of essays, Warhol’s Mother’s Pantry, gets published by Mad Creek Books on November 9, 2020.

This November, the week after the election, we release our first record: WARHOLA. My book gets published that week, too: Warhol’s Mother’s Pantry.

Pro tip: when you release a record and a book in the same week, people ask questions.

To which I say:

“A” is for Andy, and the A in “Warhola,” the A he drops before he becomes Andy the shot caller. Baller. All about the Benjamins. Andy the Assassinated (almost, day before Bobby Kennedy). Who was that Andy? Not yet an A-lister.

Call him Warhola, the immigrant’s son. His mother’s in Slovakia, imitating the Pietà. (Her daughter’s dying in her arms. Andy’s sister.)

A is all we forget. 1921. (The year the US shuts down immigration.) Andy’s mother, dreaming, is on the water. Crossing closing borders.

She cuts soup cans into flowers. Teaches him his ABC’s. How to use scissors. (Were the soup cans portraits of her?)

She came first. The mom in pop.

And the thought that pop remembers. That it never forgets: how we’re connected, who we are. That we leave the radio on because we hope something — someone — will reach us. We who are obsessed with our own vanishing…. that there’s a world that wants us whole.

A is for Abdurraqib, say, whose writing on pop I pinch in the sentence above. I wrote “Warhol/Warhola” while reading his pop homages, and a lot more. I’d bring my words to my partner, Ru, like a cat leaves a bird at your door. Imperfect offerings for her synth sensibility.

Leonard Cohen’s psalms. Pop’s balm. Everything’s gotta crack. Got to? Or got “a”?

God, is it still really 2020? Or 1963? 1921? Are we still alive? Dead Kennedys. Late rappers. Living mothers. The slings and arrows, death’s blows. Death blows, but pop never quite admits, never quite knows.

We made the record, the two of us, thinking of this. Making videos on Hi-8 tapes. Looking for an old new way.

(When I was a child, do you remember?, I turned the radio on. I’d touch the machine where the machine said “Play.”)

When I first heard Famous Letter Writer play, I thought they seemed out of place in a really good way. Like it should’ve been NYC in the ’70s or Manchester in the ’80s. Something I couldn’t quite place my finger on.

We shared a bill in Winooski, VT. We exchanged info that night and kept in touch. I had recently made friends with a great engineer/studio owner named Mike Kutchman who cut his teeth at Studio X in Seattle. In one week one summer in Greenpoint Brooklyn’s The Pencil Factory that housed Look to Listen studios, we made this record with a great rhythm section I recently met in the city. As a long time member of the NYC music scene but always the outsider, this made me feel excited about music again.

The studio is gone now, a relic of the past. Just like making records in the way we made them: live, to tape, in a short period of time. It feels like we’re living through a different time now. But I’ll always remember that week. Music felt new again. It’s really a great record. Feels more sincere than most stuff these days.

Famous Letter Writer is the project of award-winning writer and lyricist M.I. Devine and multi-instrumentalist Ru Devine. Their first album, WARHOLA, is out November 11 on Big Deep Records. M.I.’s book of essays, Warhol’s Mother’s Pantry, gets published by Mad Creek Books on November 9, 2020. 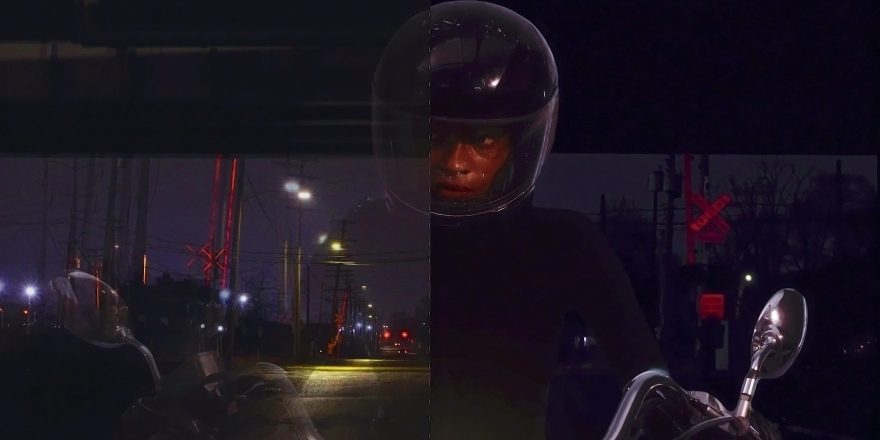 Introducing: The Wants’ “The Motor”