Being an Icelandic artist, I have often been asked why there are so many interesting artists coming from this volcanic island in the North Atlantic Ocean.

Iceland is a remote place with only 350,000 inhabitants, and darkness almost 20 hours a day in the winter. There is not always much to do when you are young, especially when smart phones were not that common. We have everything, but not always a lot. When traveling around small cities in Iceland you could sometimes feel like in a Donald Duck comic book: The coffee shop is called “the coffee shop;” the Vietnamese restaurant is called Vietnam; the Italian, Italy. Music is similar — we have an underground music scene in Iceland, but each subgenre could count around 20 bands or less average. We have metal, black metal, goth, punk, techno, new classical, shoegaze, but only a few bands of each. Because of our general lack of musicians they often play in a few bands, crossing scenes and bringing something new and fresh. There is not much competition between artists, more or less, everyone is friends (or related). The only conflict is the cultural clash between the rock and bubble-pop scene, but in general, everyone ends up as friends at the bar, even if they don’t think much of each others music. Not too many options for friends, anyway.

When I was in my late teens, there was no internet, so I could only listen to music I found in the record stores, CDs, or on the radio. We would wait for the weekly metal radio show and hip hop show. I would play basketball with my friends, listen to hip hop — which my friend got from his uncle who lived in the US — glam rock, ABBA, and metal; Cypress Hill in Spanish, and Eric B and Rakim, Geto Boys, Digable Planets, Nirvana, NWA, and many more. Fortunately with indie radio, things got better.

For young artists like me at that time in Iceland there were only two options: Make music for popular radio and aim for commercialism, or make music that I loved, but almost no one would listen to in Iceland. Maybe some journalists and a small crowd of indie lovers would like it. When you are making music for “no one” except yourself, it is such a freedom. Then, it was more encouragement to get a good review from one journalist with good taste than to get many people listening. The indie scene was mostly friends playing for friends. There would never be a chance for anyone to make a living making indie music in Iceland, so money was never a goal. Therefore ,the underground scene had total freedom. No one was going to listen to the music anyway. We could experiment, do our own things regardless and give everyone else the finger. I hope this attitude has been and will be passed on to the coming generations.

My favorite Icelandic band in high school was HAM. They made great underground strange rock, dark but with underlying third degree humor — but they were still serious artists. Buffalo Virgin and Lengi Lifi were constantly in my speakers, and my head was banging — sometimes, my muscles couldn’t hold my head up at school after concerts. They had some albums released by One Little Indian. The band had a unique sound and featured amazing artists, including Johann Johannsson, Sigurjon Kjartansson, Ottarr Proppe (later Iceland’s Minister of Health, and a member of punk band Rass (Ass)), Bjorn Blondal, Flosi Thorgeirsson, and Arnar Geir Omarsson. They were also a part of the label formed by Bjork’s band the Sugarcubes, Smekkleysa.

When I was in my 20s, Bjork had been doing well internationally as a solo artist. The most famous internationally know actor from Iceland at that time was Gunnar Hansen, who played Leatherface in Texas Chainsaw Massacre — a film banned in Iceland for 25 years. His face was not seen the whole film and, he did not speak a word, only some grunts and squeals. The most famous Icelandic male singer was Einar Orn from the Sugarcubes. We had one band that had made an international hit in the ‘80s called Mezzoforte, and then Thorir Baldursson who worked with Elton John, Donna Summer and Boney M.

Little by little, bands started to appear and export music — GusGus, with the amazing Biggi Veira and Daniel Agust, is still making great music. Bang Gang, Quarashi, Mum, Emiliana Torrini, Asgeir, and Singapore Sling, got known internationally. Sigur Ros took the lead alongside Bjork. The Icelandic leftfield had made some ground work for the coming pop acts that took it to the next level, like Of Monsters and Men and Kaleo who are now hitting it big. Rising in metal is Solstafir, who’s been around for a while and been growing steadily for years. You should also watch out for some good music from Kælan Mikla, Kaktus Einarsson, JFDR, Sin Fang, and the black metal band Misþyrming.

The Icelandic indie melancholy had been noticed by the film industry, and Icelanders got hired for international film scores. Johann Johannsson who took it to the next level with his beautiful work, Jonsi has been doing amazing film scores, Atli Örvarsson is in LA now, and Hildur Gudnadottir has become a living legend, winning an Oscar. Almost everybody in the Icelandic business knows each other, communicates, collaborates, and tries to be helpful to each other. There is a good vibe and a lot of support. If you are jealous and boring, you probably won’t go to far in a small community like this.

In general, sticking together, helping each other, learning for each other, and being nice is the key. Of course, the landscape and our weirdness doesn’t harm. Our country does strange random things — like now, we have a cute volcanic eruption, and sometimes we have three weathers at the same time. I wouldn’t be surprised to see a flying elf speaking backwards, like in a David Lynch movie, here. People would just say, “Ahhh, you saw the reversed elf! Should we grill some sausages on the lava from the eruption? It wont get dark until midnight.”

Barði Jóhannsson
Iceland
music essay
personal essay
Reflections on the Making of a Hybrid Film: This Is Not a War Story
Am I The Only One Who Loves … Deuce Bigalow: Male Gigolo? 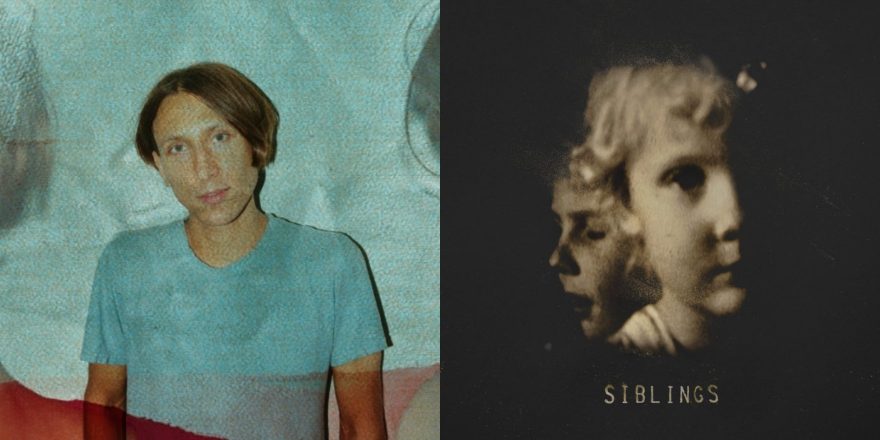