Allison Gabriel currently plays Mary Vaughn Lewis on Netflix’s hit romantic-drama series Sweet Magnolias, whose second season just debuted on Netflix. In film, Allison had a memorable role in director Edgar Wright’s Baby Driver,” for which The New Yorker praised her performance as being “the most natural” among the star-studded cast, while her other film credits include Thank You for Your Service, starring Miles Teller, Jeff Nichols’ Midnight Special, with Michael Shannon, Joel Edgerton, Kirsten Dunst and Adam Driver, and most recently Braden King’s The Evening Hour, which premiered at the 2020 Sundance Film Festival. Allison has also appeared on some of the most popular television shows, including Better Call Saul, The Resident, The Purge, Homecoming and Revenge, among others. When not acting, she enjoys cooking and crafting. (Photo by Emily Sandifer.)

The story of how I started acting is deeply rooted in a pilgrimage in Spain. But before I tell you about that, I need to start with how I came to be crying in a telephone booth in Paris.

I had been working in finance (accidentally) and worked 12-hour days on the regular. So, I’d saved up a good little nest egg (accidentally). I knew I was miserable, but I didn’t know how to fix it. (Well, I knew, but I didn’t know, if you know what I mean?) So, in the early spring of 2002, I quit my steady job, sold all my shit and flew to Paris. I decided I would wander. There was talk of a possible internship in an international law office. Maybe I would just travel until the universe presented me with the answer. This was my no-plan plan.

Sadly, as soon as I got to Paris, I knew it was not the place for me. I also knew that the internship wasn’t what I wanted. I still had a vague plan to meet a friend in South East Asia, but on this particular drizzly, grey Wednesday afternoon, I was on the payphone with him (this was before cell phones) and he was backing out – he’d gotten into law school. I was crying, but he didn’t know it. He needed me to be excited for him, and I was. But I was also terrified in the way only early twentysomethings can be.

I’d done everything right. I’d gone to college, I’d studied International Political Economy and French, I’d gotten the job, the apartment, the (sometime) boyfriend. I was supposed to be happy. Life was supposed to be happening. But now here I was pulling the rip cord and I was terrified of doing it “wrong,” of ending up homeless or having to eat cat food. Over the phone, my friend suggested I walk the Camino de Santiago. He had done it years before, told me what to expect, and said, “Don’t think, just go.” Thirty-six hours later, I was on a train to the South of France.

The Camino de Santiago is a medieval pilgrimage route to pay homage to the remains of St. James in Santiago de Compostela, in the northwest corner of Spain. There are pilgrimage routes all over Western Europe, but a lot of them converge in Saint-Jean-Pied-de-Port in the south of France. From there, the route is something like 740 kilometers to the big church (dripping in gold from the slave trade) where the relics are. Fun fact: the year after I did the pilgrimage, it was discovered that the relics were not actually the remains of St. James. The irony!

Most people plan their Camino. They prepare and train and research for months and sometimes years. But, me being me, and me being desperate and lost, I just went for it.

The first day of the Camino, I walked up and over the Pyrenees mountains. Hard to imagine, I know. I arrived, freezing and exhausted at the refuge and I was informed that because I had no sleeping bag and because they had no heat, I couldn’t stay there. The other walkers looked at me like I was insane. Who was this American who didn’t even have a sleeping bag? Dejected and lost, I stumbled over to a nearby pub to ask about a hotel.

It was cozy and warm inside and I figured I’d have a hot chocolate or something and sort things out for the night. I walked up to the bar and saw the beer tap. A beer. I’d have a beer. I was so exhausted and cold, I could not remember the word for “beer” in Spanish. I remember thinking, “In French, it’s bière; in English, it’s beer.” And then I uttered one of the stupidest things I’ve ever embarrassed myself with: “Una biero, por favor.” The shame!

The days on a trek or pilgrimage are wonderfully simple. You get up early, you walk, you picnic when you get hungry, you walk some more, you arrive in some small village, check into the refuge and then eat a big hot dinner with loads of wine. Sometimes you eat at the refuge with other walkers, sometimes you slink off and dine at a restaurant alone. The next day you do the exact same thing all over again. After years of school and work and the hustle, stress and fear of growing up and trying to do it all “right,” it was heaven.

I have so many memories of the people I met, of the stories we shared over wine and long walking days, of the dogs I met, of the man who tried to attack me who I shouted down and ended up running away from me. Every single person who does the Camino has a story about why. Sometimes it’s as heavy as a death in the family, and sometimes it’s just simply a need for clarity or change in their life. But no one does it for no reason at all.

Funny things happen to your mind when you change the inputs so drastically. Hours and years sat in front of a computer or TV screen, researching, watching, listening to endless streams of stuff, were replaced with the sounds of nature, trees, bugs and birds, the Spanish language and the sound of my own footsteps. I started to see faces and shapes in trees. Song lyrics and poems I hardly knew presented themselves to me constantly. I made up walking songs. I had long, out-loud conversations with myself and every single person I knew back home. I made up movies, I laughed, I cried. It was a whole thing.

The walk itself is broken up into the Life, Death and Rebirth of Christ. The life being the Pyrenees and their old growth forests, the death being the hot, dry, flat mesetas, and the rebirth being the Galicia region, which looks a lot like Ireland, with its earth, black with moisture, its plants a succulent green. The simple act of walking and watching the earth change beneath you, watching the world change around you with only the power of your feet, is profound and humbling.

After about three weeks of this, my mind was airy and empty like the mesetas. I only listened to my feet, and the buzzing bugs. The conversations had stilled, the songs and stories and the constant need for something to occupy my mind were gone. Later someone told me I had “faisons le vide” … gone empty. I love that. The result of all this is that the truth of what I wanted to do with my life came to me simply and with no fanfare: I would go to clown school.

OK, OK, that was the first revelation! There were several others, and in the end, I went to drama school. And there I took several clown classes, which remain my favorites.

But, seriously, just that realization was heady. I had so much shame around putting myself on a stage. Who was I to think I had a story to tell? To think anyone would want to listen to me? To watch me? I grew up poor and absolutely a product of every social program you can imagine. I had no connections or really any idea what an acting career would look like for me. I wasn’t a beauty and I wasn’t particularly outgoing. It was terrifying to imagine giving up so much (I had everything!) for such a giant risk, when failure seemed so obviously certain.

From the quietude of my mind, I kept thinking, “Which choice will I regret more when I’m old?” And that has been my guiding principle ever since. The thing I would hate most of all is regret over not trying.

Allison Gabriel currently plays Mary Vaughn Lewis on Netflix’s hit romantic-drama series Sweet Magnolias, whose second season just debuted on Netflix. In film, Allison had a memorable role in director Edgar Wright’s Baby Driver,” for which The New Yorker praised her performance as being “the most natural” among the star-studded cast, while her other film credits include Thank You for Your Service, starring Miles Teller, Jeff Nichols’ Midnight Special, with Michael Shannon, Joel Edgerton, Kirsten Dunst and Adam Driver, and most recently Braden King’s The Evening Hour, which premiered at the 2020 Sundance Film Festival. Allison has also appeared on some of the most popular television shows, including Better Call Saul, The Resident, The Purge, Homecoming and Revenge, among others. When not acting, she enjoys cooking and crafting. (Photo by Emily Sandifer.) 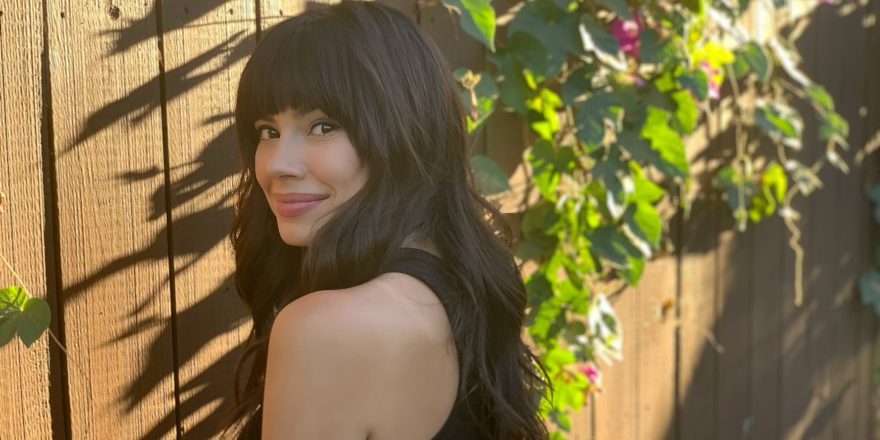 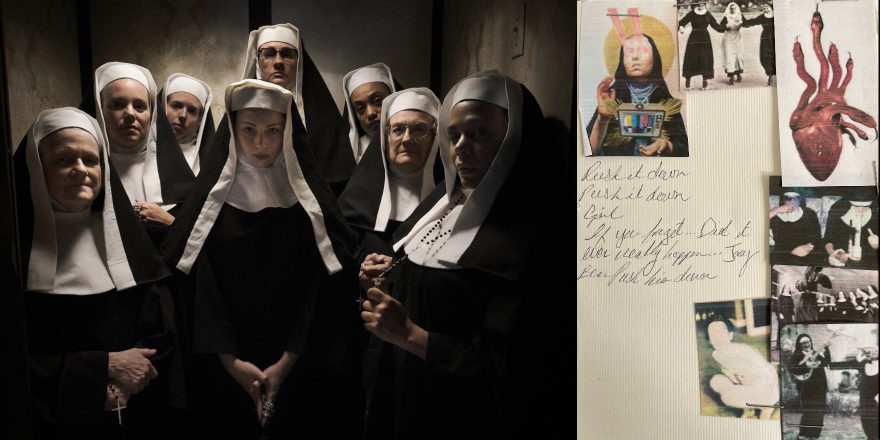 My Journey to Finding Inspiration 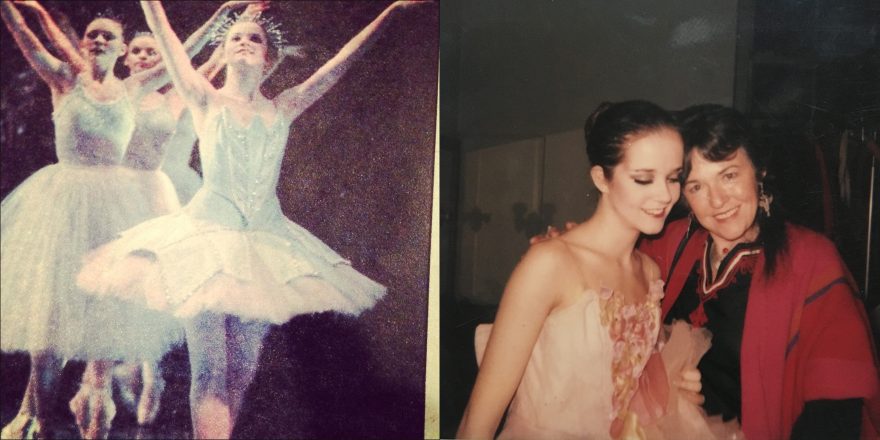