I’ve always dreaded interviews. And meet and greets. And merch signings, photo lines, and AMAs. I’m uncomfortable being on either side of those situations, as the artist or as the fan. Nothing makes me feel more disconnected from another human being than a sense of reverence flowing in either direction. Nothing makes me feel more objectified than meeting someone for 20 seconds while they take a picture and say things like, “you’re taller than I thought you’d be” or “can I touch your hair?” which happens more often than I thought it would. I stopped going out to the merch table at our shows years ago. If I had to endure what female artists do, I’d have quit music entirely. I love my job but I want it to end when I come off stage. I love Radiohead but I would rather drown in the “No Surprises” diving bell than stand in line to take a picture with Thom Yorke.

This past summer my band The Milk Carton Kids was asked to host a “camp” at a retreat space in the Catskills. Although camps are a relatively common thing in the folk and bluegrass world, and many of our friends cherish their experiences teaching at them, I didn’t want to do it. But, Kenneth and I had recently made a bit of a pledge to ourselves to be more open to new things, say yes more, etc. The money was good and the logistics were turnkey, entirely handled by the organizers. All we had to do was come up with a theme and show up. We designed a two-day program around “How to be a Folk Duo,” with workshops on songwriting, harmony singing, even stage banter, improv, and compromise. Easy enough, we thought. We called it Sad Songs Summer Camp and announced it on Instagram so there was no turning back.

As the camp approached, I began dreading it more and more. This is just going to be a glorified meet and greet with no escape. What kind of person spends thousands of dollars to come spend two days with a low level folk band in the Catskills? I can’t believe I just signed up to talk about myself for six hours a day. If anyone tries to touch my hair I’m leaving.

Everyone arrived on a Tuesday evening in July to the Full Moon Resort, a collection of cabins, campgrounds, banquet halls, and black bears amidst the beech and maple trees where they mostly have weddings and retreats. There was a cocktail hour, so all 43 campers (they’re adults, but were fine being called campers) could meet each other, and us. I met a young woman from Toronto and man from New Jersey, I think, who were both just meeting each other. They had their guitars slung around their necks. Everyone had their guitars with them. She was a graduate student and singer-songwriter, playing at clubs and bars around Toronto. He had a band with his friends that rehearsed evenings and weekends after work. It was “just for fun,” but he took his songwriting seriously. We met almost everyone that evening and gave a short performance as a welcome. The morning’s first workshop was scheduled for 10 am.

At 10 AM sharp, everyone filed into the “barn” to find Joe Pug, one of our friends we’d brought along as a guest instructor, standing before rows of folding chairs like a 10th grade algebra teacher welcoming his students to first period. “Please take your seats, everyone, and we’ll get started” he said. “In the next two hours, each of you is going to write a song. I don’t care if you think you’re a songwriter or not, if you’re a singer or not, everyone has at least one song in them and today you’re going to write it.” There were audible cheers from the campers and 43 Moleskine notebooks have never flown open faster. That’s probably the moment I realized it was going to be a great week and not a terrible one. 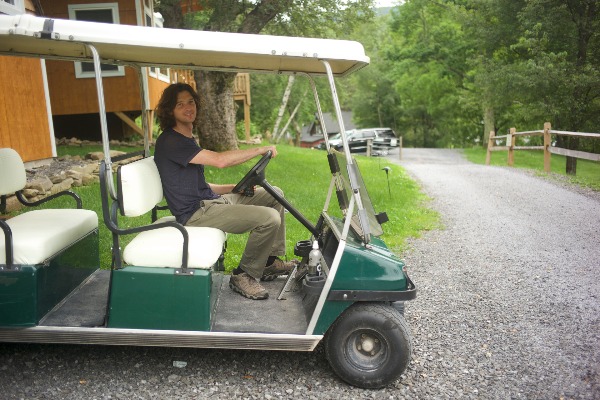 Over the next two days, we coached our “students” through their songwriting processes, arranged them into duos, helped compose harmonies to their songs, learned their most personal failings, insecurities, and accomplishments, and nudged them to say something, for god’s sake, anything, before performing their songs other than, “This song is called [SONG] and I wrote it when I was [TIME/PLACE SONG WAS WRITTEN].” I answered almost no questions about how Kenneth and I met or how we chose our band name, no one expressed surprise over our in-person appearances, and no one touched my hair.

I quickly became embarrassed that I had dreaded the camp so much. How did I get so full of myself that I thought we had all these sycophantic superfans who would pay a bunch of money just to be near us for a couple days? Who the fuck did I think we were? Thankfully, my embarrassment gave way to an immense and unexpected gratitude. We were surrounded by 43 genuinely talented people working on their craft. It was the same craft we’d dedicated our lives to for the past two decades, and they figured maybe we had something we could teach them. They were there for criticism, not validation. They were there for themselves, not us. They wanted to work hard and get better. They paid good money for it, and I did not want to let them down.

Each night, we held an “open mic” in the barn so campers could perform the songs they’d been working on. The organizers had said we could expect a handful of campers to perform each night. They also said we didn’t have to stick around for it, no one would expect us to, and we’d probably be exhausted by that point in the night anyway. As it turned out, every single camper performed a song every single night, and Kenneth and I couldn’t tear ourselves away. One couple wrote a hilarious song about how their teenaged kids are pains in the ass but of course they love them anyway. One woman wrote a song about having been laid off recently and worrying about being obsolete, too old to find a new job. One man wrote the first song he’d ever written, recounting the tragedy of having to keep his euphoric, dizzying, life-changing first love a secret because his lover was a man. Most of the songs were sad, in keeping with the folk tradition, and the name of the camp. There were a lot of tears, including from the newly humbled hosts. 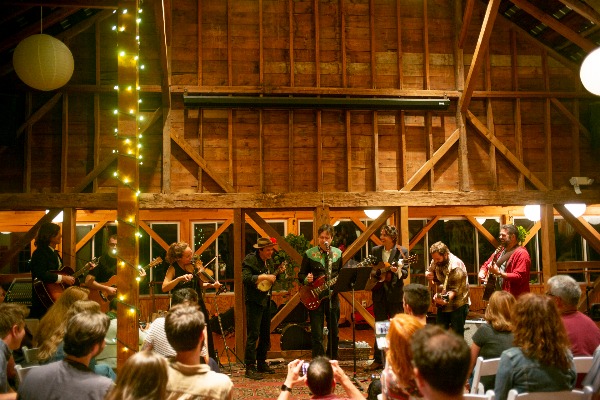 By the end of the week, my perspective on being a performing musician had fundamentally changed. I had started writing songs 20 years earlier as way to deal with my own thoughts, emotions, fantasies, desires, etc. It was just for me. As a career formed around those songs, on some level I resented other people — “fans” — for wanting to be a part of it. I developed an icy cynicism borne of decades of the self-promotion, re-tweeting, and branding exercises it seemed like independent musicians were required to engage in. But in two and half days in the Catskills last summer, that cynicism thawed. My focus has shifted to the potential for mutual connection that’s only possible when people open themselves up to each other. My way of doing that is through songs, and I always thought that was a one-way street. Now I try to recognize the genuine desire to reciprocate that openness, to feel that connection, that is directed back at me so often, and no longer take it for granted.

We’re planning another Sad Songs Summer Camp this Summer. And, we’ve been signing posters and taking pictures at the merch table after our shows this Fall. I’ve never been more fulfilled by my career as a performer, or more convinced that making art is a worthwhile way to spend a life. Please though, don’t touch my fucking hair.

The Milk Carton Kids will be hosting their Sad Songs Comedy Hour at Largo in LA tonight (12/19) featuring special guests, comedy, performances by the band and more. 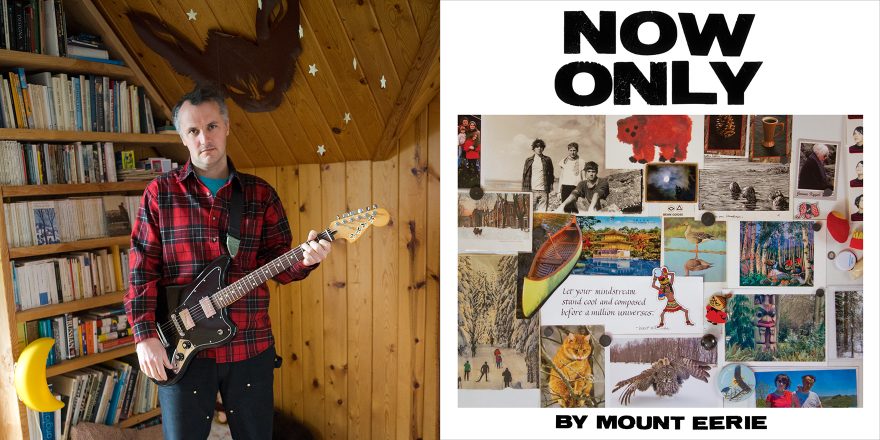