Jonah Feingold’s debut feature film, Dating & New York, starring Jaboukie Young-White and Francesca Reale, is out now in theaters and on demand through IFC Films. Feingold was born and raised in New York City, with a camera in his hands as soon as he could hold one, and When Harry Met Sally on repeat. He is a graduate of the USC School of Cinematic Arts, and has directed a variety of shorts including the viral fan-film hit Bangarang and a short for Facebook Watch called Maybe: Josh, produced by Sofia Vergara. He is the former host of the official Hinge Dating Podcast Dating Sucks, now titled Seeing Other People. After 10 years in L.A., he moved back to New York, mainly for the bacon, egg, and cheese sandwiches. (Photo courtesy IFC Films.)

“Never Give Up, Never Surrender.”

That’s a quote by Commander Peter Quincy Taggart, played by Jason Nesmith, played by Tim Allen, in the film Galaxy Quest. It’s probably the best filmmaking advice I’ve ever received. If you’re reading this, and you’re an artist, you know what I’m talking about. Everything that can happen, will happen when it comes to getting in the way of making your movie. Feel free to replace “movie” with novel … album … sculpture.

To get personal, I spent 10 years in Los Angeles trying to get multiple films greenlit, constantly writing on spec (for free), meeting for $8 coffees at Blue Bottle on Beverly, and driving 45 minutes (each way) to Burbank to talk about making movies, assistant jobs, PA gigs, directing unscripted shows for places you’ve never heard of – when it finally clicked that the only greenlight I needed was my own. More on that later.

I have always worried about not being smart enough. This stems from my severe dyslexia (proven by the late submission of this very article), and the countless special reading groups I was placed in as a kid. I’m talking, when the classroom went into “Let’s-analyze-Catcher-in the-Rye mode,” I was called out of the room by a rather cartoonish looking teacher to a special small room for those less gifted in the art of reading The Odyssey out loud. This was both embarrassing and not very encouraging. I was concerned, to say the least, about my future in the education system as we know it. Horribly bad at taking tests, and truly lacking in any hand-eye coordination. The only safe place? Behind a DV camera, making home movies of my family’s Labradors, Zorro and Nana, and my sister, Janey. This world I could control, and wouldn’t get graded on (yet …). I could use music, special effects, close-ups – everything I couldn’t do during a Spanish test to make it more fun! I fled from words and ran to pictures, moving pictures.

Consider this severe dyslexia and the inability to spell words like “Wendesday” an inciting moment. In a screenplay, the inciting moment is a plot point or action that brings the reader into the story. This particular moment is when an event thrusts a protagonist into the tale. It’s like when Hans Gruber shows up to the tower, or Hagrid to the island. Syd Field described it as “setting the story in motion.” I can’t help but think this is a key factor in a filmmaker’s journey to become a more full and complete artist.

In my case, the inciting moment was the viewing of a film called Hook. A re-telling of Peter Pan starring Robin Williams, Dustin Hoffman, Bob Hoskins, and Julia Roberts, directed by Steven Spielberg. It was slammed by critics, avidly consumed by audiences, and loved by ’80s and ’90s babies. My first viewing was via a laser disc in the makeshift projector theater my parents constructed in our basement. I don’t remember watching it for the first time, but rather remember watching it a hundred times. This isn’t an exaggeration. I’d dress up as Captain Hook to my classes, listen to the score (go find it, it’s great!) on repeat before bed, and most importantly, dream about making movies. Hook felt a lot like a dream – which, at the end of the day, is all filmmaking really is. It’s taking what you see in your head, communicating it to a bunch of more talented and creative people, and seeing it come to life. Filmmaking, like what Peter Banning must learn to do, is flying. It’s being shot out of a wooden catapult, hoping that if you think you’re happy, you won’t land in a swamp of blue paint, but instead soar in the air over the Jolly Roger and Mermaid Lagoon.

Don’t panic, eventually other films were watched in the Feingold household, with laughter provided by Nora Ephron, Steve Martin, Nancy Meyers, Mel Brooks, and the DreamWorks animated classic Shrek. That all said, Hook *was* the inciting moment. The moment I learned what I wanted to do for the rest of my life, and that I didn’t need to get an A in English to do it. The question now was, “How do you make a movie?”

The first step? That internal greenlight I mentioned earlier: moving back to New York. I longed for bacon, egg and cheese sandwiches, crowded subways, and the smell of garbage in the summer – I’m talking about you, New York. I sold my 2010 Honda CRV to CarMax – which was more emotional than one might think. It was my longest L.A. relationship. Always there for me when I needed. A break-up at L.A. Live, a first kiss in the Hollywood Bowl parking lot, an exciting meeting with an Amblin exec, a horrible meeting with … and those nights I doubted what the fuck was the point of this whole Hollywood thing. OK, Jonah, let’s not overly sentimentalize a Honda.

So, in 2019, I got a head start on the millennial trend of moving back home and settled into my childhood bedroom. But then, something magical happened. Much like the inciting moment of watching Hook, moving back to New York set into motion the birth of my first feature film, Dating & New York. We raised the funds (in short, I asked 300 people to invest, and 33 said yes – love you all!), casted, crewed, scouted, shot and completed the film. The film wrapped November 2019, four months after I’d come back to New York. It was nothing short of magic, a ton of hard work from cast and crew, and reckless ambition.

Dating & New York is a hyper-modern fairytale romantic comedy. So what makes it different from such similarly themed hits as Friends With Benefits and No Strings Attached? Broadly, our characters are benefits first, then friends. (More specifically, all three films are completely different!) Tonally, and proudly, our film has nearly nothing in common with those movies. I would describe more, but do hope that you, the reader, will give the film a chance regardless.

The most asked question when it comes to a romantic comedy like ours is, “Who is it based on?” and, quite unlike (500) Days of Summer, our film is not dedicated to any former lover. Even more revealing, though, it’s not that the film is based on a personal experience, but rather the story is told in a deeply personal way, a way that is derivative and inspired by my childhood, and cinematic influences. I feel as if I’m on a constant quest to “find my voice” (as mentors and professionals have said before) and it keeps coming down to the voices I’ve always admired. Modern romantic comedy? Nora Ephron. Fairytale? Disney classics. You know, just how Spielberg made Hook a film about his real fear of flying.

Writing this piece, and being lucky enough to talk about my upcoming film Dating & New York, I’ve sought the connection between the film Hook, my quest to defy teachers that told me I couldn’t read or write, and an overly romantic outlook on love that was no doubt fueled by my parents’ divorce. How would these qualities lead to my ambition to become a director? Perhaps it’s because the film brings an inherent sense of nostalgia for a time before I truly understood the rules of the world. I’m deeply worried that one day I will lose my inner child, that one day I’ll grow up. But, in the meantime, I’m just going to keep making movies.

Jonah Feingold’s debut feature film, Dating & New York, starring Jaboukie Young-White and Francesca Reale, is out now in theaters and on demand through IFC Films. Feingold was born and raised in New York City, with a camera in his hands as soon as he could hold one, and When Harry Met Sally on repeat. He is a graduate of the USC School of Cinematic Arts, and has directed a variety of shorts including the viral fan-film hit Bangarang and a short for Facebook Watch called Maybe: Josh, produced by Sofia Vergara. He is the former host of the official Hinge Dating Podcast Dating Sucks, now titled Seeing Other People. After 10 years in L.A., he moved back to New York, mainly for the bacon, egg, and cheese sandwiches. (Photo courtesy IFC Films.) 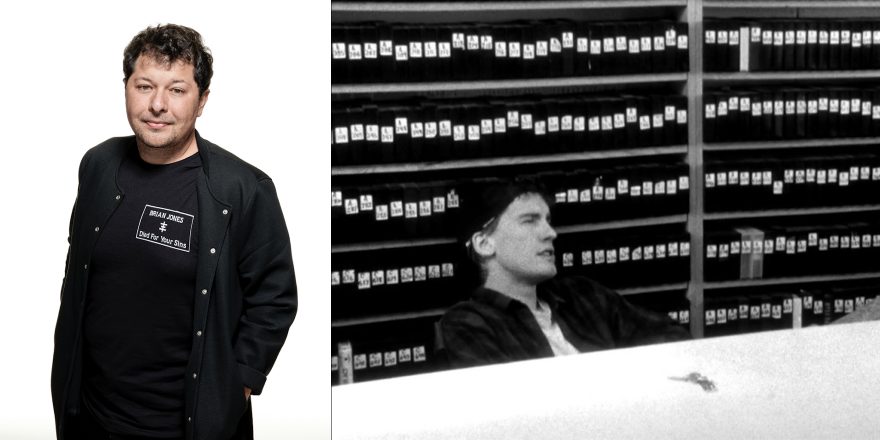 How a Video Store Became My Film School in ’90s Brazil 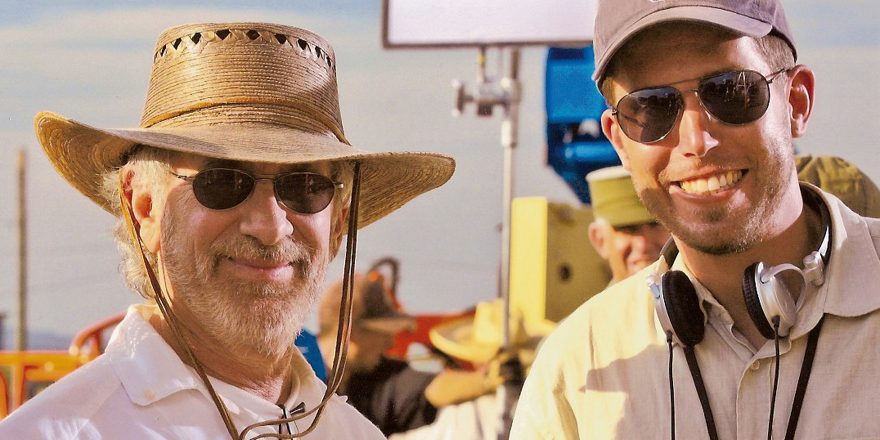