Twins Jonathan and Josh Baker were born in Australia, lived in New York for a decade, and now reside in Los Angeles. The directing team’s debut feature film, the sci-fi thriller Kin, comes out August 31 through Lionsgate. It stars Jack Reynor, Zoe Kravitz, Dennis Quaid, James Franco and newcomer Myles Truitt, and was adapted from the Bakers’ short film Bag Man, which debuted at the SXSW Film Festival in 2015 to rave reviews. Also known as TWIN, the Baker Brothers have over 15 years of filmmaking experience and are well established in the commercial game, directing ads for such brands as Nike, Beats By Dre, Google, Sony and HP.

When we were six, our family’s TV decided to stop working. Just like that, one morning we turned it on and there was static. I distinctly remember we could still hear a Berenstain Bears cartoon playing in the background.

By no means did we understand the gravity of the situation the day it happened. It was only later that day when we told Dad, and his response strangely lacked any real level of concern, that we considered we might have a problem. Unbeknownst to us at the time, this event turned out to be one of the most influential moments in our entire lives.

We were definitely kids the 1980s built. Despite not having actually seen The Goonies at this point (see previous paragraph), we were absolutely Goonies kids through and through. Australian Santa gave us a red bike and a blue bike for Christmas, and there was barely ever a day we weren’t out on them miles away from home, no one having a clue where we were or when we were coming back.

One place we always rode to was the local video shop. It was a tiny old dusty store with two short aisles, the shelves filled with tapes, and a small shitty tube TV on the back wall showing whatever movie the old guy felt like playing that particular day. We’d park our bikes against the front window (nine out of 10 times, they’d end up on the ground) and wander through the store, picking up VHS boxes and testing each other on the artwork. We knew every detail of every tape off by heart, including horror movies that scared the living shit out of us (The Evil Dead, The Howling and Maniac Cop come to mind). With no TV at home, this place became our Mecca when we needed a movie fix. When we wanted to feel a part of something much bigger than us. I do cringe at the thought of two identical barefoot kids sitting on the faded carpet, eyes glued to a new release movie playing on that little TV. We’re talking Ghostbusters, Overboard, Spies Like Us, Flight of the Navigator, Ferris Bueller’s Day Off, Jewel of the Nile, 48 HRS. Name a movie from the late ’80s, and there’s a good chance we saw it for the first time in that tiny video store. Most probably with the sound off.

Our parents worked in education, and therefore had little time, nor the money, for our cinematic endeavors. We almost never went to the movies as a family, and during the time our TV still worked, it was pretty harshly policed. This literally made watching anything on a screen a bit of an ongoing quest for us. Sure we were adventurous, outdoorsy kids, but if a friend invited us to their house, they’d instantly get double teamed into watching a movie, and almost certainly something we would never be allowed to watch at home. Predator, Aliens, Cobra, Terminator 2 and Die Hard were all viewed while anxiously waiting for our father to kick down the door and spring us in the act.

Once our television passed away, Dad would occasionally hire a TV and VCR over the school holidays, which as you can imagine only continued to feed our ever-growing hunger for Hollywood. The problem with this was the excruciatingly long process of getting a video selection approved. (I’m assuming other people whose fathers rented TVs and VCRs had the same problem!) This is how we watched safe affairs like the Crocodile Dundee movies, the Indiana Jones trilogy, the Police Academy series, both Cocoon films, and of course the Star Wars trilogy, with the same level of incessant repeat viewing as everybody else. One evening we watched one of Dad’s picks, Luc Besson’s The Big Blue, which felt incredibly adult-themed and boring for two 9-year-olds. We remember thinking that it should have been a far more exciting movie, based on the video cover (which Free Willy seemed to rip off a few years later). Obviously, Dad rented this movie because of his lifelong obsession with the ocean, which he nursed while stranded in a tiny house in a country town in New South Wales, Australia.

Thinking back on those pivotal years as kids, we can’t help but link the untimely death of our television that fateful day to two twins becoming film directors 30 years later. Like an alien facehugger, it laid something deep inside us both that over time slowly grew into a full-fledged fascination with filmmaking. It never went away, and made us travel halfway across the globe to be that much closer to it all. Our debut feature film, Kin, is now that tiny chestburster about to break free, and scurry awkwardly across a dinner table in front of the entire world. And, looking back, we wouldn’t want it any other way. Dad, this one’s definitely on you.

Twins Jonathan and Josh Baker were born in Australia, lived in New York for a decade, and now reside in Los Angeles. The directing team’s debut feature film, the sci-fi thriller Kin, comes out August 31 through Lionsgate. It stars Jack Reynor, Zoe Kravitz, Dennis Quaid, James Franco and newcomer Myles Truitt, and was adapted from the Bakers’ short film Bag Man, which debuted at the SXSW Film Festival in 2015 to rave reviews. Also known as TWIN, the Baker Brothers have over 15 years of filmmaking experience and are well established in the commercial game, directing ads for such brands as Nike, Beats By Dre, Google, Sony and HP. 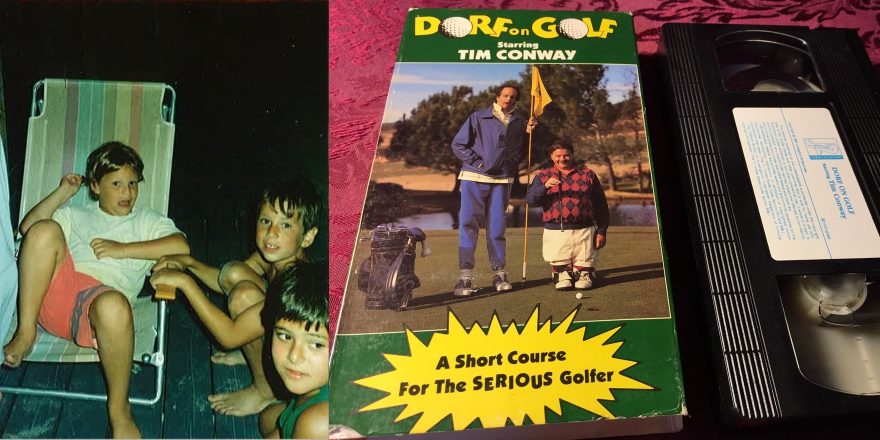