I’ve seen a lot of movies.

And then there are the movies that just stick. Movies that feel like mirrors, movies that I grew up with. Movies that became an obsession, a temporary, but intense phase. I’d watch them over and over again, feeling like I met my new best friend who just happened to already know all of my secrets.

Here are some of those best friends:

Disney’s Aladdin (1992) was a huge deal to me when it first came out. I was eight years old. Princess Jasmine was the first ever Disney princess who had brown skin, dark hair, and dark eyes … just like me. Even I could be a pretty princess! Even I could live happily ever after! Even I could be trapped by the myth that one day my prince will come and save me from a life I don’t want to be responsible for and this is the only answer to true love and happiness!

My second- to fourth-grade-boyfriend, Joshua, promised he would get me Aladdin on VHS for my ninth birthday. When he showed up to my party without it, I broke up with him on the spot. I now realize how selfish and insensitive that was, but maybe he just wasn’t “The One.” (On my last birthday he posted on my Facebook, “Happy Birthday” with three exclamation points. I am open to all possibilities.)

Even as a child, my world revolved around boys. I didn’t need a Disney movie to convince me that finding “The One” was the answer, I already knew that, for it was my life’s mission.

Before you scoff at me for bringing up 1998’s Can’t Hardly Wait, let me explain that I was only 14. Let me also explain that “The One” at the time, Jorge, was obsessed with its star, Jennifer Love Hewitt. And since I was obsessed with Jorge, I was, by default, obsessed with Jennifer Love Hewitt – in the unhealthy, self-loathing, compare-and-despair type way that would have me accidentally liking one of her Instagram pics from 68 weeks ago if this were today. But it was the ’90s and there was no social media to stalk – so I watched Can’t Hardly Wait on repeat and even bought the soundtrack. (You guys, it was a good soundtrack.)

And besides Neutrogena-faced J. Love, don’t forget that Can’t Hardly Wait showed us all exactly how important and exciting it was to be in high school and party. I couldn’t hardly wait to get wasted at some shindig while wearing a bra strap as a headband. And I will never have to grow up and face reality because … Friends Forever!

Speaking of never having to grow up and face reality, I’ve probably seen Cruel Intentions (1999) more than any other movie. I was only 15, and not only did I have a crush on Sebastian, played by Ryan Phillippe, but it made me positive that all I wanted to do was have sex! It also made certain that I would forever be drawn to the bad boy (aka the most emotionally unavailable man in the room who most likely has a sex addiction). And I will never, ever forget Sarah Michelle Gellar’s ridiculous Kathryn and her cocaine-filled crucifix, advising the innocent Cecile (played by Selma Blair), “Cecile, everybody does it; it’s just that nobody talks about it.”

This world made sense to me.

Given that, it’s no surprise that Sofia Coppola’s The Virgin Suicides (1999) was the reason my eventual stripper name would be Lux. I saw the movie when I was only 15, but by 21 I was still referencing the suicidal Lisbon sisters … at a strip club in Scottsdale, Arizona. Although nobody at that strip club seemed to really care that Lux, played by Kirsten Dunst, was repressed, depressed and isolated, just like me. Or that she had sex with heartthrob Trip Fontaine (Josh Hartnett), only to be immediately abandoned. Or that she continued to act out with more undeserving boys on her roof before finally making a suicide pact with her sisters. (Try shouting all of that over 50 Cent’s “Candy Shop” while grinding on complete strangers. I should have picked a simpler name.)

I just wanted to be understood. I longed for it.

I’ve watched Secretary (2002) seven times. Once for myself, and six more times in passive-aggressive attempts to get the guys I was dating to understand me. Never had I seen a movie or character that I related to more – Maggie Gyllenhaal’s Lee Holloway, a self-harmer who becomes a submissive to E. Edward Grey’s dominant (James Spader).

Blue Valentine (2010) felt like years of therapy in only one sitting. It made me cry for three days straight. I had never cried so hard in a theater before, and been around others who were crying just as loud. This wasn’t teary eyes and sniffles, this was snotty faces and audible gasps for air. Boy, that movie really made you see how shitty your relationship was. (And also made you blame your parents.)

A movie mirroring your own life can be a very powerful experience, whether what’s in the mirror is good or bad.

Like Blue Valentine, Smashed (2012) mirrored parts of me I didn’t want to accept. Smashed is one of my favorite movies of all time and it was a big influence on why I wanted to make Unlovable, my first feature film. Smashed not only showed addiction in a very real, thoughtful and sometimes funny way, but it also showed recovery without being cheesy or annoying. Once I saw Smashed, I knew I needed to make Unlovable.

I want it to be someone’s best friend.

You can donate to Charlene deGuzman’s debut feature film, Unlovable, on Kickstarter now. 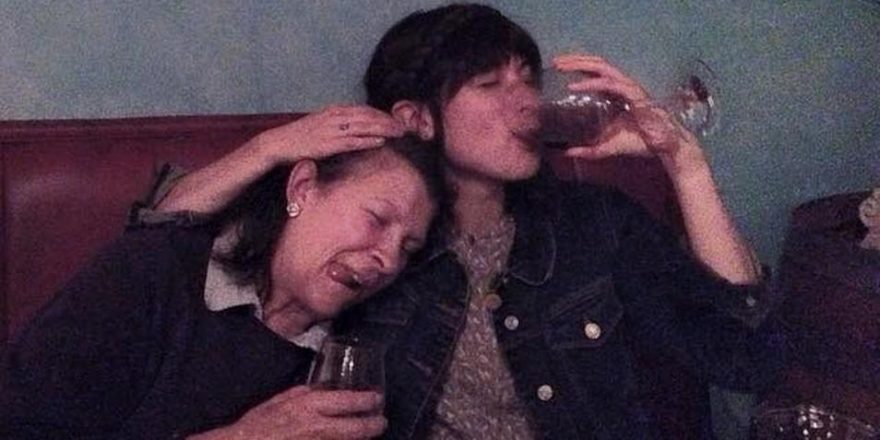 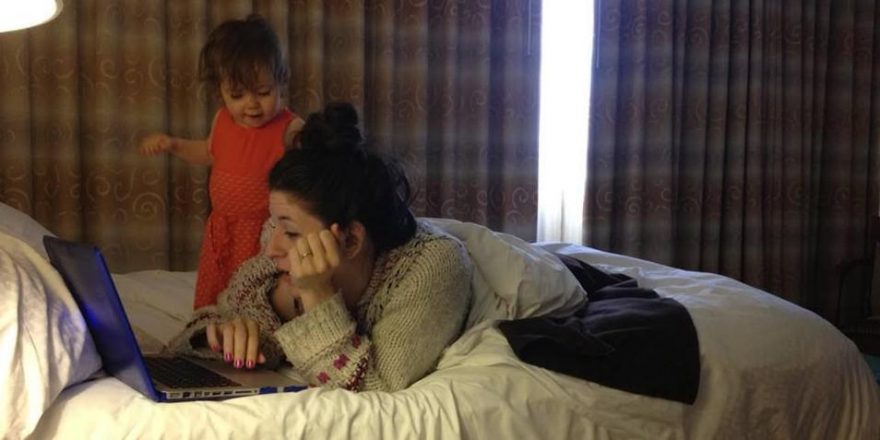