Hackedepicciotto
Hackedepicciotto
Danielle de Picciotto moved from New York to Berlin in 1987, to become the lead singer of the band Space Cowboys, co-initiator of the Love Parade, a collaborator of the Ocean Club with Gudrun Gut, a member of Crime & The City Solution, and Alexander’s partner in crime. Alexander Hacke is an original member and the bass player of Einstürzende Neubauten. The artist couple, romantically married in 2006, has creatively interacted with countless international projects for almost two decades now besides regularly releasing their own compositions.

In 2010, Alexander Hacke and I decided to give up our home in Berlin and become traveling musicians. We felt that the city had moved into a direction that we could not keep up with any more — the rents were skyrocketing, the city was filled with hipsters, and gentrification was rearing its head a little too high.

We both love Berlin, but we felt that we needed a change of landscape, new horizons; we hoped that a change would help us find solutions in how to survive as  independent, experimental musicians without having to slave away at “day jobs.” (We feel very strongly that art and music are careers that should be taken just as seriously as any other, and that it should be possible to survive off of the effort that goes into being an artist.)

So we got rid of most of our possessions, put the rest in a storage room and started traveling. We are not hippies, or in our 20s, so this was not about sleeping on peoples couches — although sometimes there was no way around it — or busking. It was a serious effort to lessen our costs and free ourselves from anything that would keep us from doing our job of composing, writing, and performing. As we did not have any savings, we had to plan a year in advance to be sure not to end up somewhere without money on the street.

This was a lot of work. We organized international tours, art residencies, and worked on getting commissions. For the first two years, it was exhilarating. Our debts disappeared because our costs were so low and it was really fun discovering new places. We did a residency in Prague for three months, worked on film music in Vienna, toured through Eastern Europe with Julie Cruise and Kid Congo for a month, recorded in NYC with friends and finished an album in Detroit with Crime & the City Solution. It seemed that we had found a great way to survive with very little money.

It was also touching how much support we got from friends and acquaintances. Through traveling, we have built a wonderful network of friends that is more than just a Facebook group — we’ve worked and lived together all over the world. It gives you a feeling of connection and oneness to experience different cultures in this manner, and quickly it becomes apparent that most people, no matter what their culture is, want the same things: happiness, friends, love, fun, health, and being able to survive in a humane way.

While traveling and working we hoped to find a place where rents were low and the art scene was thriving. But we noticed pretty quickly that gentrification seemed to be traveling with us. Everywhere we went, rents were rising and everybody was complaining that income did not seem to cover costs anymore. LA, SF, London, Paris — all of these cities have become  terribly expensive and artists are moving to smaller places outside of these cities were rents are still manageable. We thought this was a great idea and became interested in sustainable living after experiencing a couple of residencies in Canada and New Mexico where this was happening.

For the first time we became interested in gardening, herbs, and bees after living with friends who were trying to live environmentally and off the grid. But most of these people had steady day jobs, or had inherited money, so we continued traveling.

Simultaneously we started feeling the exhaustion that goes with traveling constantly and realized that not having a home means never really being able to relax. We began looking for alternatives and discovered yoga and meditation. Health-wise, we could tell that our immune systems were feeling the wear and tear of living a nomadic life, so we stopped drinking alcohol, stopped smoking, and became vegan. This helped a lot. We could feel our energy coming back, and it was yet another way of saving money.

Living this kind of healthy lifestyle made us move outside of the usual rock & roll experience, and our complete outlook on life started changing. Not drinking meant getting up earlier without a hangover, so we saw more of the world. We experienced nature and society more instead of only seeing a rock venue from the inside.

Becoming vegan forced us to come up with different diets, discover new ways of cooking. Both of us have always been very radical underground musicians and artists — we never expected this internal change to take place because of becoming nomads. We had expected to travel a little (originally we thought 18 months would be the maximum) and then find the perfect home, settle down, and continue. But our experiment still has not ended after ten years.

We have not found the perfect home and the world has changed so drastically that nothing is the way it was when we set out. The last decade has been way more drastic than the one before, and this was something we had not expected either. Feeling the earth shift beneath our feet made everything very shaky and we got worried that we would never find a solution to our dilemma.

At one point, we rented two studios back in Berlin because suddenly our old friends were calling us back, asking us to perform, compose music, and collaborate with them. I guess they started missing us. Because of this, we have come to appreciate the city again more. Basically, it always comes down to being needed, being missed, having a community that recognizes your efforts and supports them. Without this, a freelance artist cannot survive.

Besides that, Berlin has changed as much as we have. It is actively fighting against gentrification, the rents have been frozen for the next five years to stop them from skyrocketing, hipster-ism has become unpopular, and sustainability and environmentalism are huge themes.

We still do not have an apartment, sleep in a small office the size of our sofa bed, and we will be touring a lot this year. But we have decided to make make a decision and settle down again next year. We are still not sure of exactly where, but have learned that there is no perfect place to find. Every city has its up and downs, its good and bad sides. That’s just part of being human.

Being nomads has been an amazing experience that taught us that every step matters, no matter where you are, and it is comforting that we have met so many great people doing things that matter all over. We have traveled the US, Australia, New Zealand and Europe and are deeply thankful for the many lessons we’ve learned.

Our dream would be to find a place that we could turn into a small cultural space to be able to invite all the wonderful people we met in the last 10 years and support them as we have been supported. Maybe it will be Berlin again. Sometimes, you have to take a detour to end up in the same place you started out to be able to see it with different and new eyes. It always depends on from what perspective you look at things. But you never know — maybe it will be somewhere completely different. We shall see…

Hackedepicciotto
Hackedepicciotto
Danielle de Picciotto moved from New York to Berlin in 1987, to become the lead singer of the band Space Cowboys, co-initiator of the Love Parade, a collaborator of the Ocean Club with Gudrun Gut, a member of Crime & The City Solution, and Alexander’s partner in crime. Alexander Hacke is an original member and the bass player of Einstürzende Neubauten. The artist couple, romantically married in 2006, has creatively interacted with countless international projects for almost two decades now besides regularly releasing their own compositions.
Alexander Hacke
Danielle de Picciotto
Gentrification
Hackedepicciotto
music essay
personal essay
touring
Underrated/Overlooked: Rodney Ascher on Nicolas Winding Refn’s Too Old to Die Young
Underrated/Overlooked: Joel Potrykus on Dragged Across Concrete 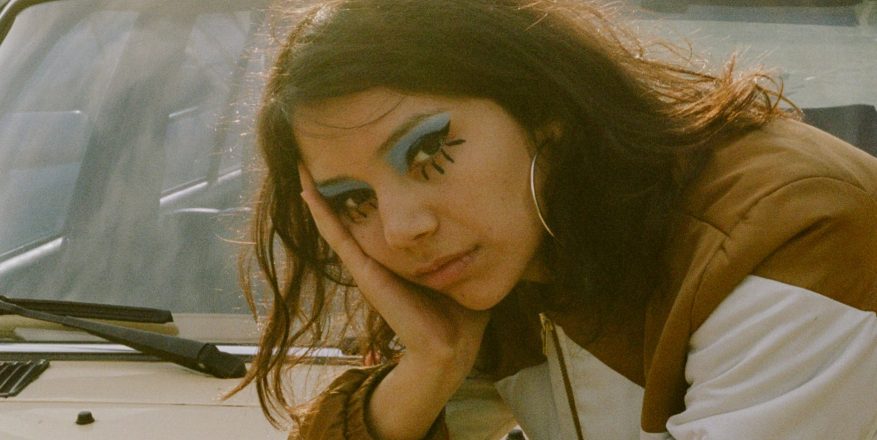 Home Isn’t Just Where You’re From 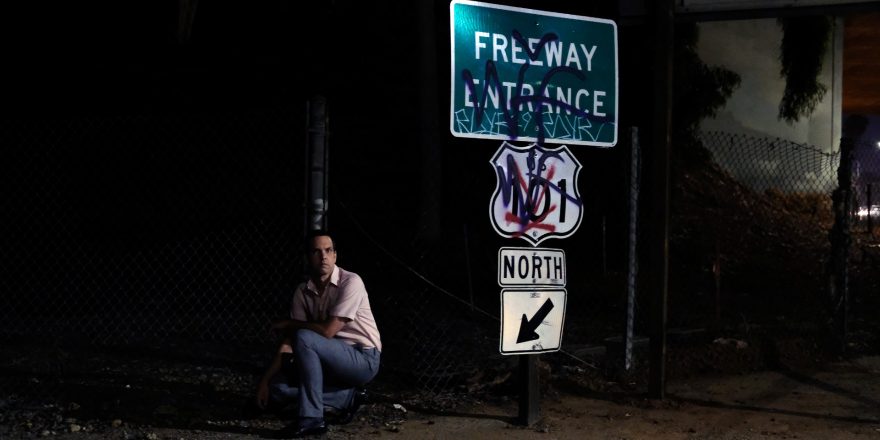 Does Changing Your Location Change Your Art? 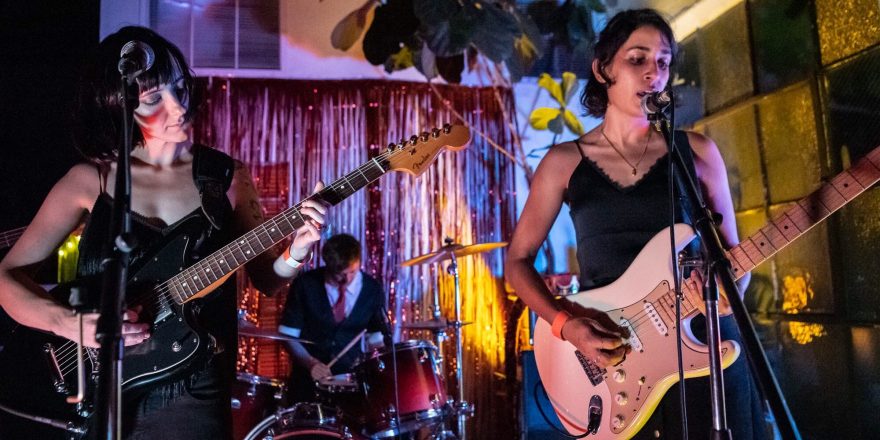