There’s an audio easter egg buried in Groove Denied’s opening track, “Belziger Faceplant.” At 56 seconds, after a few lines of heavily processed and manipulated vocals, the song opens up into a true aural assault: Distorted, aggressive synths explode over a drum machine… well, groove. And hidden within the waves is a field recording of Chris and Gerard from Matador punching in their credit card info to purchase a flight to Portland to tell Stephen Malkmus that they are rejecting the record you are listening to.

Myth-making is one of the central tenets of popular music. Albums, especially in the modern era, need an angle in order to cut through the din of thousands of email press pitches. As such, records are announced with carefully-constructed narratives readymade for journalists to copy/paste into hastily prepared announcements. (Above is my spin on said technique). And when it comes to music narratives, very few are as enticing as the shelved album from a beloved artist — there is an inherent mystique knowing a fully finished work is sitting on a master tape, potentially lost forever. And this is, at least in part, the story of Groove Denied. As Malkmus described to the Washington Post, the Matador progenitors heard the record and felt it wasn’t the return they were hoping for after 2014’s Wig Out at Jagbags. They wanted something more traditional first, and that came in the form of last year’s excellent Sparkle Hard. And so, in the press rollout of Sparkle Hard, the second major narrative of the rejected record emerged: Stephen Malkmus, armed with drum machines, semi-functional synthesizers, and Ableton Live, had descended into his basement studio and made an electronic album.

This is not entirely true either.

Don’t get me wrong: The first side of the record features songs that individuate from anything else in the Malkmus canon and have almost nothing to do with formalist notions of rock music. The aforementioned “Belziger Faceplant” is almost entirely instrumental (a brief, nightmarish vocal gets in and out in under a minute) and unrelenting; it’s a study of dynamics and form, subtlety supplanted by impact. It’s the kind of sound you can imagine being mind-bending in a packed club. It’s followed by “A Bit Wilder”, a goth number with a classic Malkmus lyric: “I want to join the tribe that you protect/distinctively unerect.” Like “Belziger”, the song transitions into an instrumental. In this case, it’s somehow both double time and exceedingly moody, its foundation being a chorused bass synth. “Viktor Borgia,” the album’s first single, is probably the most palatable experiment for the cautious SM fan — it marries synths and drum machines with something approaching archetypal pop structure (it also features athletic bass playing, the actual Easter egg of the record). Despite working in the digital realm where gridded perfection is the norm, “Viktor Borgia” benefits (as do all of the tracks) from a relatively loose, “sounds good, keep it” production style.

My favorite of the experimental tracks is “Forget Your Place.” A heavily filtered loop repeats for the three and a half minutes while various elements — digital cymbal samples, synths mangled by time-based and distortion plugins — weave in and out. Instrumentally, it’s an updated version of My Bloody Valentine’s “Glider,” inviting you in and lulling you into a sense of safety through hypnosis. You’re almost oblivious to the vocal performance: first, a sci-fi version of Malkmus, pitched and formant modulated, sings “so nice to see you,” and begins harmonizing with itself. Eventually, the “real” Malkmus arrives for a verse, and finally both Malkmuses begin harmonizing with each other in the climax (as it were) of the song. It’s wholly unsettling and uncanny, an anthem for post-humanism.

As the record progresses, some traditional moves emerge. The first glimpse is “Come Get Me,” a track that with different production would not be out of place on Sparkle Hard. Here, the presentation is a simulacrum of an indie rock band transported to the ‘60s, recording their best song for a private press 7-inch. Even with this low-key, mic-hanging-from-the-ceiling vibe, It’s one of those effortless/perfect SM songs that have been a staple of his career. The second single “Rushing the Acid Frat” is a de facto reworking of “Louie, Louie” and includes a rather bent take on ‘60s keyboard wailing. By this point in the record, you’re well aware of its compilation feel — the myth of the Malkmus electronic record starts to crumble and it becomes clear Groove Denied is less a cohesive statement and more the sound of relative freedom. “Love the Door” dips its toe back in the experimental waters for a thrilling (if too short) intro before a quick cut into an odd-time signature groove with spidery guitars and slow-fade synths. “Bossviscerate” is generally true to its early live performances (known then as “Risk Aversion”), a simple acoustic guitar augmented by a simple drum pattern that doesn’t try to overshadow the core of the song.

The record ends strong: “Ocean of Revenge” is my favorite of side two. A murder ballad about an emotionally tortured and deranged farmhand who takes an axe to his boss, it features plenty of unlikely hooks before delivering this crushing line: “I know you thought about me/more often than I thought of you, it is true/just admit it”. The record comes to a Sunday morning close with “Grown Nothing,” putting a piano and the record’s best vocal front and center before fading out on a brief, lounge-worthy guitar solo.

Groove Denied is a fascinating record. And while Matador was smart to release Sparkle Hard first, it’s rare to get a record that is virtually without precedent from an artist who has been in the game for as long as Malkmus. For his first true solo record (he is the sole performer here), there would have been much safer directions to retread with easier stories to sell. And some of these new avenues work better than others, sure. But Malkmus has good instincts, and Groove Denied is less a curio, and closer to required listening. 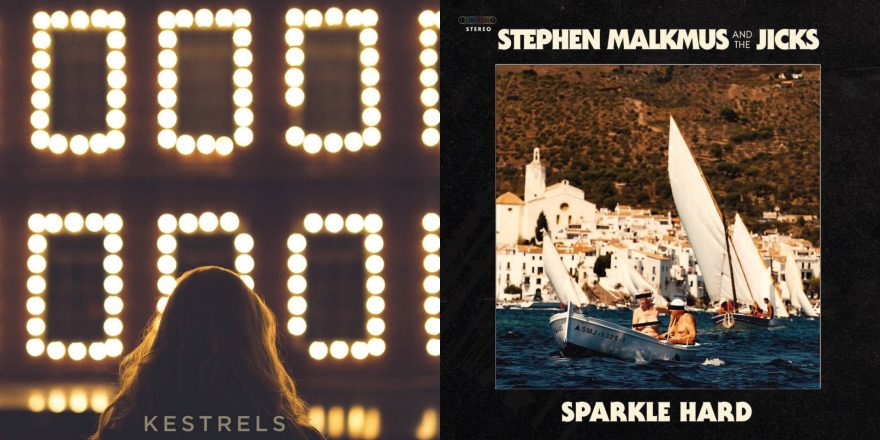 Sparkle Hard is Sincere Without Being Gaudy

How I Came to Play with Dinosaur Jr. in a Bike Shop