For musicians and music theory nerds alike: the note A on a tuning fork resonates at the frequency 440 Hz. Orchestras often use that note as a reference for tuning their entire ensemble. This frequency was decided on in 1865, when the Music Commission of the Italian Government declared that all orchestras should use a tuning fork that vibrates at 440 Hz. The American Federation of Musicians followed suit in 1917, setting the standard for the United States. While this fact may seem unremarkable, the pitch of A has been a controversy for hundreds of years. The original standard frequency was 435 Hz, and in France it was 432 Hz. The French argued that 432 Hz resonates with the “beat” of Earth, making it easier and brighter to listen to. When the Italians and Germans motioned for A to be at 440 Hz, it was said that they did so with destructive intentions. A conspiracy theory speculates that the Nazis insisted on this frequency as a means of inspiring disharmony into the minds of citizens, making them more prone to violence and control. Furthering this conspiracy is the rumor that in 1935 the Rockefeller Foundation embraced the 440 Hz standard as a part of a “war on consciousness” that would lead to a sort of cult-like musical control.

Whether intentionally nodding to this conspiracy or not, Toronto band Greys’ latest album Age Hasn’t Spoiled You sets a sinister tone by opening with a track titled “A-440.” It is a series of drones on A, played in many different octaves in many different tones. Some of the notes sound dissonant, perhaps tuned to a different frequency of A, creating an atmosphere of uncertainty and controversy. The effect is evil and introduces the listener to the untethered darkness that is Greys’ fourth album.

“A-440” breaks into a squeal, transitioning into “Arc Light,” a song that mimics a panic attack. Backed by heavy drums that feel like an anxious pulsing in your chest, lead singer Shehzaad Jiwani desperately sings, “I got so sick of myself, turned myself off.” His voice is the sound of someone pulling their hair, bent over trying to catch their breath. Much like a panic attack, the song has a moment of clarity with an acoustic guitar strum, but it is brief, and dives right back into a loud driving chorus. The song ends abruptly, and “Constant Prose” comes in soft and ominous.

Listening to “Constant Prose” feels like being on a bad date. The muffled beat and muddy synth sound like they’re playing in a different room, as if you’re sitting in a bar adjacent to a venue. Jiwani’s voice calmly sings to the person sitting across from him, scathingly noting how he can “see too much of you/Practicing your smile/Drowning in denial/Compensate when you pretend/With all the latest trends.” It’s a moment all too familiar, the pitiful witnessing of a person unable to find themselves within society’s pressures on identity. Halfway through the song a door opens and you find yourself in the room with the band, a sharp guitar sparsely holding it down as feedback wails behind it. The song ends and there’s a moment of silence before a simple electric guitar comes in strumming, sounding like your upstairs neighbor playing through a practice amp.

This vivid scene is one of many on Age Hasn’t Spoiled You. If Jiwani is the play’s leading man, his band is a team of talented set designers who excel at building landscapes with their instrumentation. As I was listening to the record, I couldn’t stop picturing that I was in a city at night, roads slick with recent rain, everything accented by the glow of streetlights. “These Things Happen,” a rock song with blown-out drums, feels like the triumph of running home from a hellish party through deserted streets. “Kill Appeal” sounds like wildly dancing in a too-small apartment, drinking alone and spilling it everywhere. “Western Guilt” is the resulting delirium as you fall back on your bed and exhale. A simple acoustic guitar in the middle feels like a salve, easing the burn of distortion. Although the song ends with Jiwani repeating “I wake up screaming,” the fading of the lyric creates the illusion of falling asleep.

The epic, almost eight-minute long “Aphantasia” follows this perfectly, taking you on a journey that simulates falling in and out of sleep. Jiwani repeats a set of powerful lyrics, including “If I were you, would I allow me to survive, or behave?” It is a question that muses on the album’s theme of questioning autonomy, of fearing and fighting oppression. The back and forth between upbeat rock and subdued, creepy synthetic drones simulates having good dreams that quickly turn into nightmares.

Within the threatening atmosphere of Age Hasn’t Spoiled You is a taste of loveliness with the song “Tangerine.” The song opens with the most tender lyric of the album, “All I want to do is talk to you with a smile.” The question in this song is: Who is the smile for? Does Jiwani want to give this person the comfort of his smile, or does he want to feel able to smile at this person in the first place? He sings, “three aspects of me hidden from view, coming true/All intended outcomes return incomplete,” alluding to a self consciousness he is working to overcome, a mask he is struggling to pull off.

Age Hasn’t Spoiled You pulses with a malevolent spirit. It resists and it gives in to the darkness in a constant push and pull. If “A-440” was the creeping in of a pollution threatening to make Greys sick with disillusionment, everything up until the final song, “Static Beach,” is a battle to protect their immune system. On “Static Beach,” Jiwani muses on the disintegration around him, on the devastated battleground of his surroundings, singing “Frozen, fascinated, as the air burns/Frozen, fascinated, as the world turns.” This is where Greys find their closure. The air may be burning, but the world is still turning. The darkness may prevail, but Greys survives to see a moment where they can stand still, and view the wreckage around them with enchantment 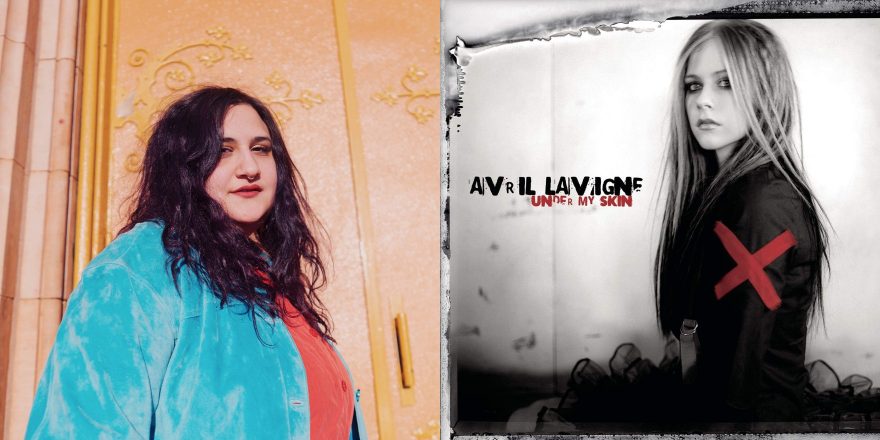