Gig Economy is a Talkhouse series in which artists tell us about their work histories, from part-time pasts to the present tense, in order to demystify the many different paths that can lead to a career as a working musician. Here, Danko Jones talks about the thrill of hearing his song on the radio for the first time (even while mopping up… someone else’s mess).
—Annie Fell, Associate Editor, Talkhouse

I joined the Kiss Army when I was six years old after my mom sent my fan letter to the address on the back cover of Kiss Alive. I received a small package with 8 x 10 glossies of the band, and from that moment on I was hooked—I wanted to listen to rock music 24 hours a day. I worshipped the musicians to the point where the only thing I wanted was to be in a band. The inevitable happened and, of course, I started to sing and play guitar. I have now been playing in my eponymously named trio for the last 22 years. We’ve performed in close to 40 countries on six continents, put out 11 albums, three DVDs, and close to 30 music videos. It’s been a non-stop whirlwind, and I’ve loved every minute of it, even the shit minutes.

As wild a ride as it’s been, I can’t help but feel that I’ve been sold a false bill of goods. I bought into the dream that Gene Simmons and Nikki Sixx sold me via music videos and music mags. I never clued in that there were two sides of the curtain and most dare not venture beyond what’s on the stage. Nobody told me that to remain in the music biz, a few extra layers of skin were immediately required. You also need to lower your expectations to maneuver through a world made of smoke, mirrors, rats, and snakes.

Getting played on the radio used to be considered a celebratory milestone in a band’s career. Friends and family would think you had “made it.” Even if nothing came of it, you had bragging rights for years. However, these days, radio doesn’t wield that kind of power, and a spin is akin to getting a “like” on Facebook. It’s nice, but it makes little impact on a band’s success.

The first time one of our songs made it to a radio playlist, back in 1999, it was still a pretty big deal; It was an acknowledgment from the mainstream Toronto rock ’n’ roll gatekeepers that maybe, just maybe, we were worth listening to. We had gotten word that our song “Bounce” would be spun on mainstream Toronto radio, CFNY 102.1 The Edge, during one of their late-night specialty shows. We made phone calls to industry bigwigs and scenesters letting them know to tune in. We had already started bragging to friends and family. As far as we saw it, our world was about to be set on fire.

Of course, it seemed fate was mocking me. On the big day, when the song was going to debut, I was stuck at work during the worst shift possible—the end-of-night clean-up duties. I thought I’d try to close the shop a bit early and beat it out of there in time to hear our song. With the radio tuned to the station, I emptied the till. No song. I counted stock, no song. I double checked the back, no song. I finished all the closing duties until the only task left was to pick up a mop and start cleaning out the private viewing booths. I will never forget it—mop in hand and swabbing out the freshly cum-stained floors as the smell of bleach hit my nostrils—our song came on the radio. I unconsciously matched each stroke of the mop with each strike of my guitar as I heard it through the crackling speakers. I hated that this was the time and place to have heard myself, my band, our song, on the radio for the first time. But it was too late—this is the memory forever embedded in my mind.

Today, I smile. What I had built up as a monumental moment gave way to the realization that what I wanted—a career as a musician—was the start of a twisted road. Of course, I quit that job and eventually took this rock ’n’ roll thing to places beyond my childhood fantasies and fulfilled a few other rock dreams… sans mop. 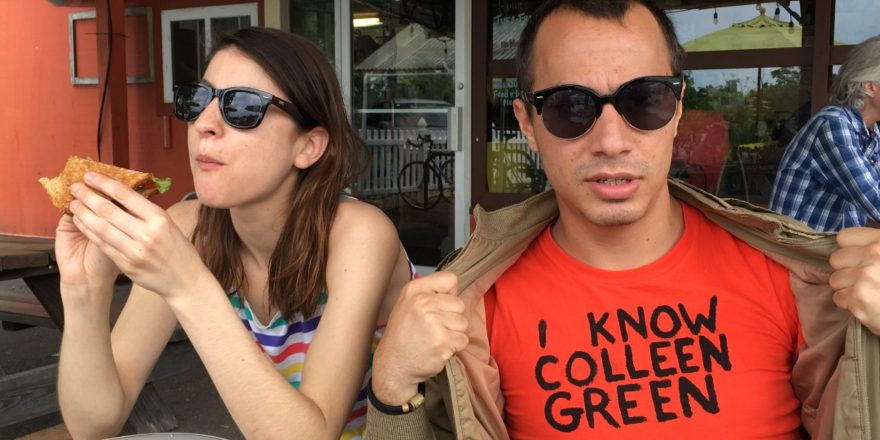