Lauren Oliver is the cofounder of content development company Paper Lantern Lit. She is also the New York Times bestselling author of the YA novels Replica, Vanishing Girls, Panic, and the Delirium trilogy: Delirium, Pandemonium and Requiem, which have been translated into more than 30 languages. The film rights to both Replica and Lauren’s bestselling first novel, Before I Fall, were acquired by AwesomenessTV; a major motion picture adaptation of Before I Fall will open in theaters on March 3 through Open Road Films. Her novels for middle-grade readers include The Spindlers, Liesl & Po and the Curiosity House series, co-written with H. C. Chester. She has written one novel for adults, Rooms. A graduate of the University of Chicago and NYU’s MFA program, she divides her time between New York, Connecticut, and a variety of airport lounges. You can visit her online at www.laurenoliverbooks.com.

In some ways, the journey of a book from page to screen makes a really bad story. In addition to being a writer, I am co-founder of a literary development company (Paper Lantern Lit, soon rebranding to Glasstown Entertainment) and consider myself a bit of a plot geek, having helped develop, edit, write and sell more than 65 books for children, teens and adults over the past seven years.

Stories must have clear protagonists, and those protagonists should be defined with equal clarity by their wants: a goal that not just drives them, but drives them to concrete action. Their tactics, inspired by this central driving goal, then should lead them into difficulty – they should encounter obstacles – which then force them to revise their initial tactics, encounter ever greater obstacles, and so on and so on, until, at a climactic point, everything goes to hell.

To some extent, the exigencies of the form – movies are expensive, and require not a single creator but an enormous pleonasm of them, all available at the right time and for exactly the right price – make it impossible for a novel writer to serve as his, her or their own hero in the story. Sure, I wanted Before I Fall to be a film, so I guess that made me a protagonist in the story. But since I could not really influence how that happened – or help circumvent the obstacles on its path to development – it also made me a crappy one.

Before I Fall was initially optioned in 2009, even before the book came out, to Fox 2000. The executive who acquired it, Carla Hacken, was a ferocious and incredible advocate … until she left to take a position with another film company. At that point, I was exposed for the first time to the bizarre and buffeting winds of Hollywood inclinations: after several movies performed disappointingly, Fox 2000 shelved its teen projects indefinitely. This self-imposed ban was lifted after John Green’s stratospheric rise to public consciousness and their acquisition of the blockbuster The Fault in Our Stars – which might, theoretically, have inspired a renaissance for Before I Fall. But the project was too similar – and not popular enough – to justify a secondary movie in the same space.

What comes to mind about the seven years Before I Fall spent in development hell, and the appropriate attitude of a writer to the movie process, is Mia Farrow’s succinct summation of life: that it is about losing everything, gracefully.

I’m being facetious, but only a little. Ironically, the movie was made only after I’d accepted that it would never happen – and had begun to make creative choices unencumbered by a desperate and unrealizable desire for the movie to succeed, or even exist. In fact, it was those creative choices that in the end permitted the movie to go forward at all.

In practice, this meant that after filtering slowly down the Hollywood food chain, we were left looking at two possibilities: a Hallmark movie everyone would see but that I would hate; and an indie movie, extremely low-budget, that no one would see but that I would be proud of. There was really no choice for me, and it’s not because I am particularly snobby about either my work or popular culture. I have written books that I am sure I would be thrilled to see transformed into greeting cards and sold in drug stores across America. But this wasn’t one of them.

The producer had an idea for a director, a brilliant and meticulous woman named Ry Russo-Young; when we met, we both experienced what was for me a rare example of creative kismet, a startling discovery of past connections and bizarre entanglements, and an instant comfort, compatibility and intellectual symbiosis that reminded me why we bother doing creative work in the first place when we could all just have gone to law school, as our parents begged us to do.

It reminded me of why I love making things, and it inspired me to make some changes to my creative team, to seek out people from whom I felt the same energy. One of them was a dynamic, hilarious and iconoclastic agent, Howie Sanders of UTA, with whom I signed after a six-hour wine-sodden dinner, despite the fact that I’d been majorly pressured to go with other representation. Anyone can feign excitement. Friendship is much harder to fake.

Through Howie, I met Matt Kaplan, then the new president of film at Awesomeness Films, a company that had at that point produced no feature films, and was best known for nurturing YouTube personalities to stardom. In every way, Awesomeness’ established aesthetic seemed diametrically different from mine, from the book’s, and from Ry’s: fun and frothy, topical to the point of fleeting. But Matt and I had an immediately genuine creative connection, and by that point I was interested in linking up with people who would be fun and interesting collaborators, without worrying about the outcome. Why should I? I knew the movie would never get made. By that point, process – not product – was the only goal I had in mind.

And yet, incredibly, the movie did get made. And, perhaps even more incredibly, it was made beautifully (at least in my opinion). And though there are innumerable reasons, many of them invisible even to me, that the movie was finally blessed by development faeries and ushered out of development purgatory, I like to think that a not-insignificant one was that the team finally assembled around it viewed the project not merely as another piece of business, as a plus or a minus sign on their eventual budgetary spreadsheet, but as a chance to make, and play, and create. Once thoroughly disenchanted with Hollywood, I ironically stumbled on its true magic: creative drive and passionate experimentation, as potent on the West Coast as it is on the East, if only you can find it.

Ultimately, I think creative work is probably a little like sex. If you select your partners well, the rest takes care of itself.

Then again, it’s Hollywood, so who fucking knows. As I said, the story of how a book is adapted makes for poor narrative, so it’s likely there is no clear moral, either. Sometimes you have to take home the first half-decent-looking guy at closing time and hope for the best. Every so often, I guess, you get lucky.

Lauren Oliver is the cofounder of content development company Paper Lantern Lit. She is also the New York Times bestselling author of the YA novels Replica, Vanishing Girls, Panic, and the Delirium trilogy: Delirium, Pandemonium and Requiem, which have been translated into more than 30 languages. The film rights to both Replica and Lauren’s bestselling first novel, Before I Fall, were acquired by AwesomenessTV; a major motion picture adaptation of Before I Fall will open in theaters on March 3 through Open Road Films. Her novels for middle-grade readers include The Spindlers, Liesl & Po and the Curiosity House series, co-written with H. C. Chester. She has written one novel for adults, Rooms. A graduate of the University of Chicago and NYU’s MFA program, she divides her time between New York, Connecticut, and a variety of airport lounges. You can visit her online at www.laurenoliverbooks.com. 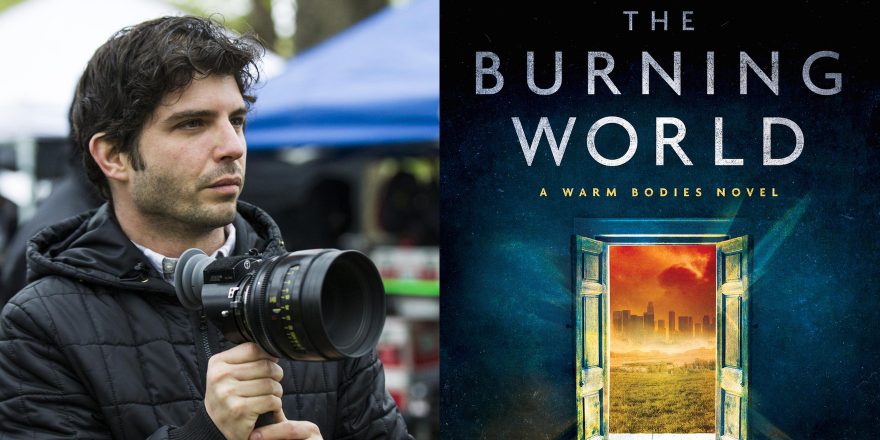