George Pelecanos is a novelist, screenwriter, film and television producer, and the recipient of numerous international writing awards. He is the author of twenty-one novels set in and around Washington, D.C., and was a producer and writer on the HBO series The Wire, Treme, The Pacific, and The Deuce. His crime anthology film, D.C. Noir, is now available on demand.

Our newly released film, D.C. Noir, is a feature anthology consisting of four crime-noir shorts set and shot in my hometown. I have always been interested in the short-form storytelling, going back to my childhood fascination with The Twilight Zone. Seated on the floor in front of our family television set as a child, watching reruns of Zone, and similar programs such as The Outer Limits and Alfred Hitchcock Presents, I first began to understand that words were just as important as image in forming a compelling sensory experience. It was my earliest awareness that someone actually wrote the movies and television shows that I was watching. Back then, I would eagerly await the tail credits to see who that person was. As an adult, I have worked in features and long-form television for the past 30 years, but I remain interested in the possibilities and discipline inherent in the shorter format. 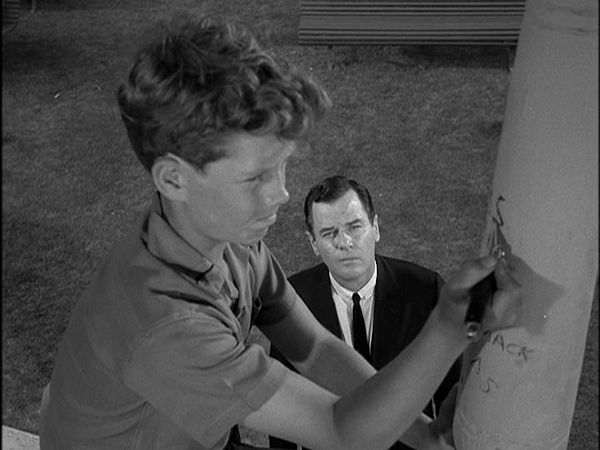 My favorite Twilight Zone episode, the one that has left a lasting impression on me to this day, is “Walking Distance,” the fifth episode of Season 1, which first aired in October 1959. “Walking Distance” tells the story of Martin Sloan (Gig Young), a New York ad exec who has lost his moral compass, a guy who in a later era would be described as a “soulless yuppie.” One day, Martin, while getting his car repaired, walks into Homeland, the small town where he was raised. It soon becomes apparent to him that he has arrived in the place and time of his youth. The old Victorians, soda counters and merry-go-rounds have remained unchanged, and people who he knows to be deceased are still alive. When Martin sees himself as an 11-year-old boy, carving his name into the pole of a bandstand, he comes to the firm realization that he has somehow gone back in time. He visits his parents, who disbelieve him (“Mom, don’t you know me?”), until a series of events convinces his father that this is indeed his son, grown to manhood. But he can’t stay in his idyllic small town as a boy in 1934. Martin has to learn the hard truth that, no matter how much one wants to, it’s impossible to relive the past and go home again. 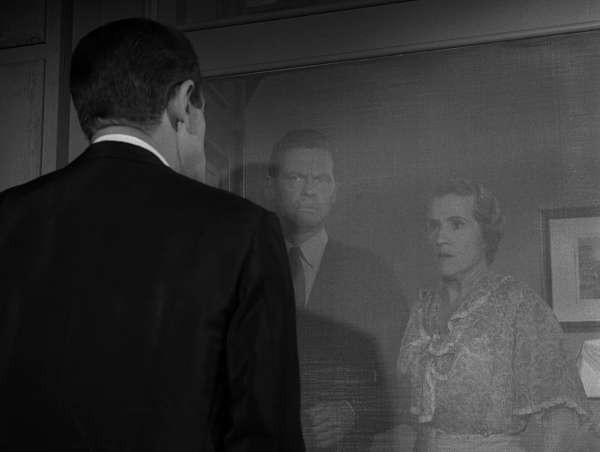 “Walking Distance” was written by The Twilight Zone’s creator, Rod Serling. The teleplay revisits the obsessions (mortality, the passage of time) that fuel Serling’s most powerful works. It posits the question that good art asks and, naturally, can never answer: Why are we here? It is, to me, the most fully realized script in The Twilight Zone canon and a high-water mark in Serling’s distinguished career. He even outdoes himself in his own voiceover narration that concludes the episode: “And perhaps across his mind there’ll flit an errant wish, that a man might never have to become old, never outgrow the parks and merry-go-rounds of his youth. And he’ll smile then, too, because he knows it is just an errant wish, some wisp of memory, not too important really, some laughing ghosts that could cross a man’s mind. That are a part of The Twilight Zone.”

It’s not just Serling who shines here. The artists who worked on the show — and yes, I consider crew members to be artists, on the same level as writers and actors — do outstanding work. Directed imaginatively by Robert Stevens and shot with elegant flourish by in-house D.P. George Clemens, “Walking Distance” represents the pinnacle of Twilight Zone excellence and late-’50s, Golden Age television. Note the push-in to the cigarette machine mirror which takes us into Martin’s journey, the Dutch tilts, the pinpoint lighting, the foot-level tracking shots and the extreme high angles in the carousel climax. And then there is the beautiful, haunting Bernard Herrmann score. It shades and lifts such scenes as the memorable final conversation between father and son. “You have to leave here,” says the father to Martin. “That little boy, this is his summer. Just as it was yours once. Don’t make him share it.” 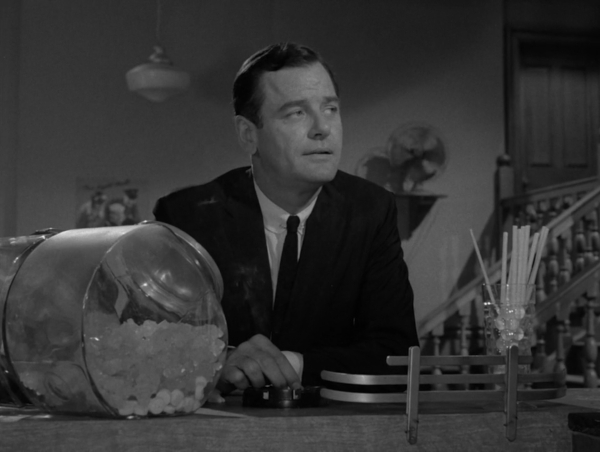 It would be an omission to not also mention the acting of Gig Young, who usually played a handsome, bon vivant-style character in his early studio films, won an Oscar for They Shoot Horses, Don’t They?, and moved into end-stage, darker roles in features like Peckinpah’s Bring Me the Head of Alfredo Garcia and The Killer Elite. There was always a hint of tragedy in Young’s eyes. (Indeed, in 1978, the troubled, alcoholic actor shot his fifth wife and then himself in a murder-suicide.) His under-the-surface sadness is used to good effect here. Also of note are performances by veteran character actors Frank Overton and Irene Tedrow, and a very young Ron Howard as a kid shooting marbles in the street.

Rod Serling’s The Twilight Zone, including “Walking Distance,” is currently streaming on Hulu and CBS All Access.

George Pelecanos is a novelist, screenwriter, film and television producer, and the recipient of numerous international writing awards. He is the author of twenty-one novels set in and around Washington, D.C., and was a producer and writer on the HBO series The Wire, Treme, The Pacific, and The Deuce. His crime anthology film, D.C. Noir, is now available on demand. 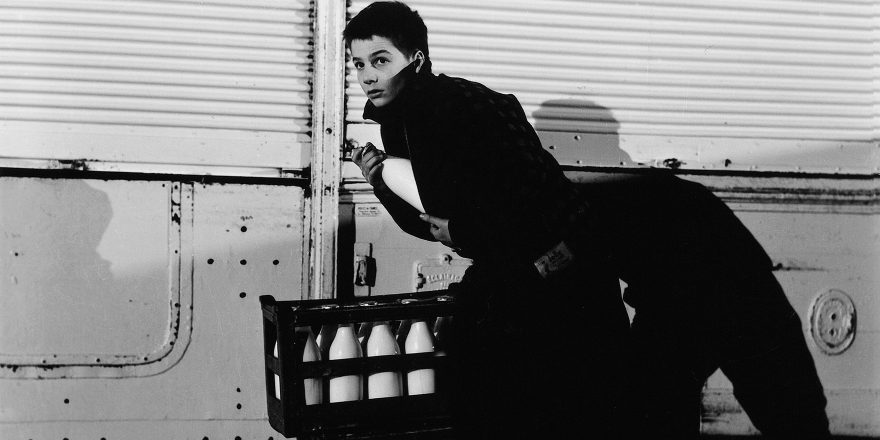 What I Saw at the Pictures