It’s hard to believe that the new P.T. Anderson movie is the first of Thomas Pynchon’s books to be finally visualized — Pynchon has published eight novels over 55 years and is among the most revered and legendary of American novelists, and though Pynchon does write cinematically, the convoluted and rangy narrative structures and the jazzy, coolly hyperbolic prose and the surreally over-scaled and outrageous situations he puts his characters in aren’t really suited to conventional large-scale mainstream moviemaking. Like with most great prose stylists, you read Pynchon because of the poetry and getting lost within enigmatic labyrinths rather than enjoying the pleasures of a straightforward plot revealing itself. And the books are usually epic: How can we “see” a full-scale realization of Gravity’s Rainbow or Mason & Dixon without spending hundreds of millions of dollars on their cinematic adaptations? If you’re alienated or intimidated by Pynchon’s elaborate playfulness then Inherent Vice might be the one novel of his that offers a way in — a plotty and free-wheeling psychedelic take on detective novels, set in 1970 LA. It’s probably (except for Vineland) his least major work but it’s the tightest of Pynchon’s novels (though one might argue The Crying of Lot 49 is) and it has a mystery that culminates into an identifiable conspiracy with conventional closure — and there are loose takes on recognizable archetypes: the patsy, the femme fatale, the crooked cop, the tycoon.

Coming from Anderson I was imagining something more epic and surreal than the low-key realism that he achieves through mid-’70s vérité naturalism; the cues seem to be more Penn’s Night Moves and Altman’s The Long Goodbye rather than the highly detailed, color-drenched CGI cityscapes I was imagining while reading the book — the “look” of the book is more “epic” than Anderson’s. And in some ways, because of this scaling down, Inherent Vice becomes the darker, less entertaining, less cute version of The Big Lebowski — both with adorable loser-stoner heroes at their centers. The problem with adapting Pynchon’s version of Chandler and Ross MacDonald is that Anderson is dealing with a Xerox of a Xerox and it forces the movie away from feeling into something that is more decorative than the humanist movie surging to reveal itself here — a vague elegy for the end of the ’60s, a lost love story set in paranoiac post-Manson LA — and often struggling to free itself from the artifice of it all. The fact that Anderson gets to that place of feeling is the movie’s key accomplishment — the hurdle the material sets up and Anderson keeps crossing and through Joaquin Phoenix’s soulfulness he lands on more often than not. Anderson stays within realism for the duration of the movie, which conversely causes some of Pynchon’s scenes and characterizations to come off as more cartoonish within the wistful, downbeat feel of the movie — and they are reminders that, because of the Pynchon/Anderson mash-up, we’re almost always at some kind of remove from the material; even with Phoenix infusing it with genuine pathos, the movie almost always struggles between Pynchon-land and what Anderson wants to do with the material. Even drastically pared down, the book becomes a trap.

In today’s major-key movie culture it almost seems beside the point if Inherent Vice is a “good” movie or not. Ambition alone sets it apart from just about everything else that’s out now. What’s compelling about Inherent Vice is its belief in the glory days of American ’70s filmmaking and replicating it lovingly. It’s made by a genuine visionary I’ve always admired (despite a Twitter rant after seeing The Master), and whose early work I responded to more than the later work; Anderson is the rare artist whose movies I can semi-check out on and still admire his integrity. I watched Inherent Vice in a weird zone of anticipation and relief laced with respect and a vague disappointment. I got high off as many scenes as I didn’t; I just stared at scenes that followed Pynchon’s map and seemed to have no cinematic reach, just scenes taken from the novel and staged and filmed. Since it’s Pynchon’s poetry we respond to in Inherent Vice and not the plot (and there’s no reason to recount it here), Anderson wisely punctuates his version of Inherent Vice with narrated chunks of Pynchon’s gorgeous re-imagining and updating of conventional hard-boiled prose, read by someone who was a minor character in the book that becomes our guide throughout the movie; and in some ways the movie improves upon the book and clarifies things that even a careful reader might have missed. Cinematographer Robert Elswit actually achieves a much more mysterious and distinctive LA noir look in Nightcrawler than he does here, but there is no movie made in the last four decades that reimagines this time period as accurately or with such nightmarish tenderness and attention to detail. And yet Pynchon’s plot demands we follow the movie in a certain way and Anderson cannot get rid of the plot, and by the end you might wish that the screenwriter of Boogie Nights and Magnolia had written his own 1970s conspiracy-thriller pastiche rather than somewhat slavishly following and replicating Pynchon’s hallucinatory SoCal weirdness. Sometimes the movie really sparks up: the way Anderson stages the Martin Short sequences takes us back to the free-wheeling druggy comedy that lifted Boogie Nights and Magnolia occasionally into the stratosphere.

For some of us, the one-two punch of Boogie Nights and Magnolia hailed Anderson as one of the great directors of his generation — a prodigy (as Rushmore and The Royal Tenenbaums did for Wes Anderson in the same period) but Anderson’s work took on a more grandiose, serious, cryptic and adult tone with There Will Be Blood and The Master. The gentle, satiric, humane approach of Boogie Nights and Magnolia warped into the “sincere” art of There Will Be Blood and The Master, two daunting “epic” and “important” movies, and their humorlessness for some of us was a kind of bummer that we could probably have seen coming while watching the movie that connects the early period with the later period, Punch-Drunk Love; there was a kind of cooling of the spirit. Anderson wanted to sit at the adult table, it seemed. Inherent Vice brings us back to the comedy of the earlier movies but without the technically “virtuoso” filmmaking. Inherent Vice is mostly medium and tight close-ups, and with the lovely and gentle and heartbroken Phoenix at the center it never falls into the angry theatrical bluster of There Will Be Blood and The Master. It’s looser and attractively modest by comparison, and not nearly as earnest. It’s the least show-offy movie Anderson has made.

Anderson’s epic vision of Southern California in movie after movie is one of modern cinema’s key accomplishments — the scope is a marvel. But the audience for Inherent Vice is not going to be rapturously discussing it this Christmas — the harsh words I heard behind me as I left the screening last week have been echoed all over the place when I ask people who have seen it what they thought, and the pre-release take-down of it around L.A. is as surprising to me as when I told people I really liked Interstellar and was yelled at. I think it will take a little while for Inherent Vice to land. And there is the fleeting thought that it might never land with an audience — that audiences have moved beyond the subtlety and complexity of Anderson’s searching moral vision, looking for something more obvious and feel-good and identifiable — the dreadful needs of the mass (and even mass art-house) audience. But I’m not sure Anderson cares, which is what makes him an artist. Inherent Vice is probably not going to make any money and I love it for that. 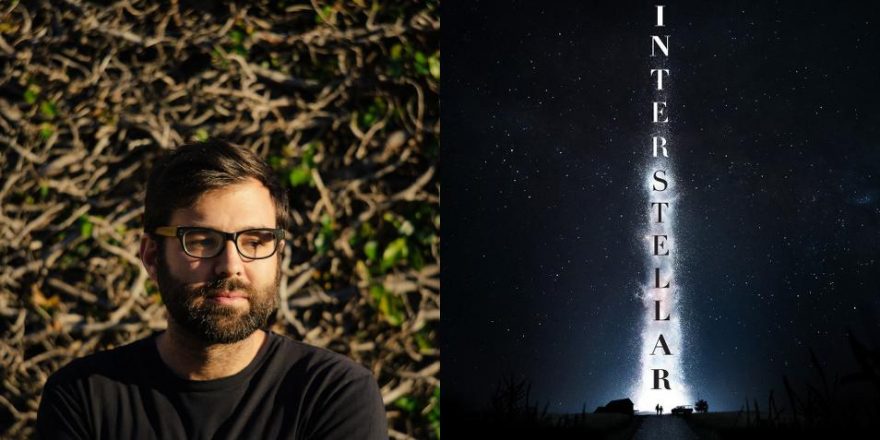