Make cool shit. That’s director Maureen Bharoocha’s unabashedly amazing attitude as a director living in Hollywood. Her latest film, the female arm-wrestling road-trip comedy Golden Arm, is out April 30 through Utopia. Her two previous features, I Am Watching You and Fatal Flip, recently aired on Lifetime, and her acclaimed short Hairpin Bender premiered at the 2017 Santa Barbara Film Festival. A former director at Jimmy Kimmel Live!, she’s worked with Jennifer Lawrence, Kit Harington, Alison Brie, Kerry Washington, Tilda Swinton, Isla Fisher and Weird Al Yankovic, to name just a few. She has her MFA in film production from Boston University and is repped at CAA. She makes a lot of cool shit!

As I look back on my life experience, it seems there was nothing else I was ever meant to do other than be filmmaker.

There was a long stretch of my adolescence when I wanted to be an actor, since I loved performing and putting on shows and Christmas programs for my grandparents. My brother and I would reenact the opening scene from Pete’s Dragon or “Step in Time” from Mary Poppins, with our living room couches taking the place of rooftops. I watched every Hitchcock movie by age 10. I was weirdly obsessed with movie scores in junior high; my road trip music was the soundtrack to Glory or a mix CD I made which included music from A Clockwork Orange, The Crow and Great Expectations. I made endless music videos and exercise videos with all my friends at sleepovers. I did theatre all through high school and my prized role was the Wicked Witch of the West in The Wizard of Oz.

In college, I got into photography, took my first figure drawing class and studied dynamic composition and color theory. I was always a person who was pretty good at a lot of things, but never truly great at one thing. Then as a freshman, I took my first film studies class. That year, I watched Taxi Driver, Citizen Kane, The 400 Blows and The Bicycle Thief in class and The Matrix, Fight Club and Being John Malkovich in theaters. It was then I realized my whole life had been teaching me the different languages I needed to know film. Being pretty good at many things was exactly what I needed to be a great at one thing: directing.

I have an unusual family background. My mom is from a loud, bitingly funny Irish-American Catholic family. My dad was born and raised in Burma and comes from a Muslim Gujarati family that left India and finally landed in Pakistan. Both my parents are one of seven children, practice their own religion and had mothers who laid the guilt on thick. So, suffice to say, there is a cast of colorful characters that have inhabited my life and every single story I tell or character I write has qualities of a member of my large and complicated family.

Growing up torn between these two worlds gave me an understanding of how to connect and communicate with people from any background. It is a skill that has become my default. When I meet someone, I instantly try to figure out how I can relate to them or what we have in common or what interests we share. This survival technique is something I have honed over time and now see as a rare gift. I love figuring out how people tick and which behavioral language they will respond to. This is also a vital tool to communicate with actors and paint the emotional picture in a scene or story.

I didn’t realize I had been picking all this up along the way until I got a job working behind the counter at Sprinkles Cupcakes, and my life changed forever. I was always vocal about my directing aspirations, and I developed a friendship with Sprinkles owners Charles and Candace Nelson. I pitched them an artsy version of an industrial film to capture the history of the company. It worked! After creating my “History of Sprinkles” short, I suggested we make a series of short films based on cupcake flavors. It was a bold move, but my audacity paid off. I managed to trade in my apron for a role as Director of Digital Content at Sprinkles’ corporate office. This new job allowed me to build my directing reel and get paid for doing what I loved. I also used it to grow my network of actors, grips, production designers, etc.

After six years at Sprinkles, I was hired at Jimmy Kimmel Live!, which is truly the best gig in town. There is nothing like creating, shooting and editing content that will air on TV that same day. Working in late-night TV is a thrill ride unlike any other. Jimmy Kimmel taught me that I could handle anything thrown my way, to trust my gut and how to thrive in an extremely high-pressure situation. Working with Jimmy made me think fast on my feet and showed me what real dedication to your craft looks like.

It was hard to leave the show, but new stories were calling to me. I left to direct a feature film called Golden Arm, a comedy set in the world of female arm-wrestling. It was a story I could not pass up, so I enlisted all the amazing creatives I knew to work on the film. On set, it felt like every moment of my life had led up to directing Golden Arm. I poured all my skills and observations and experience into the film.

Fast forward to today, Golden Arm is out in theaters on Friday and I’m starting work on a couple new films. It feels amazing that my whole life I have been moving toward a goal that started in my childhood. Nothing has been wasted. I have used everything I’ve gone through to make my work better, challenging myself to dig deeper and think in new ways and keep learning.

Directing has made me a better person, and I know all the things I’ve learned today will show up in my work tomorrow. I am at a place in life where my work is finally reflecting the stories I know I was meant to tell, and I’m excited for all that lies ahead. I am more confident than ever that I am doing what I was born to do.

Make cool shit. That’s director Maureen Bharoocha’s unabashedly amazing attitude as a director living in Hollywood. Her latest film, the female arm-wrestling road-trip comedy Golden Arm, is out April 30 through Utopia. Her two previous features, I Am Watching You and Fatal Flip, recently aired on Lifetime, and her acclaimed short Hairpin Bender premiered at the 2017 Santa Barbara Film Festival. A former director at Jimmy Kimmel Live!, she’s worked with Jennifer Lawrence, Kit Harington, Alison Brie, Kerry Washington, Tilda Swinton, Isla Fisher and Weird Al Yankovic, to name just a few. She has her MFA in film production from Boston University and is repped at CAA. She makes a lot of cool shit! 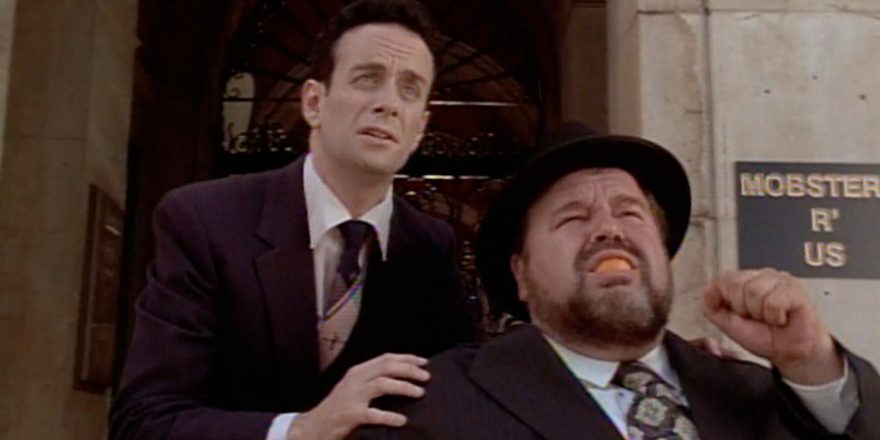 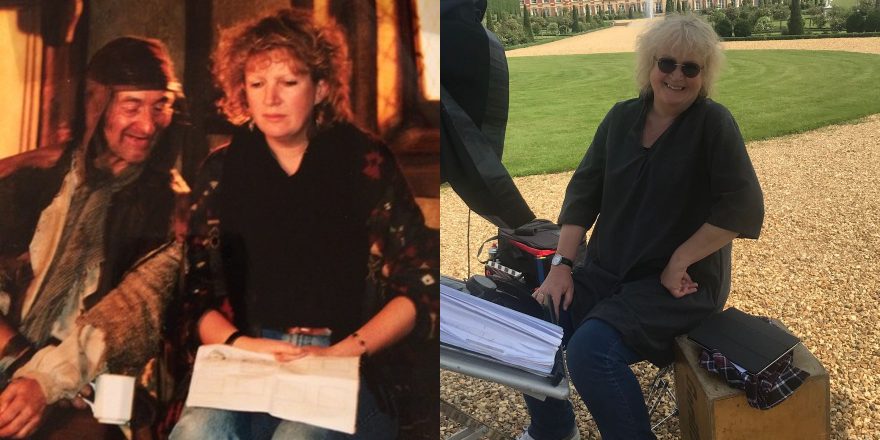 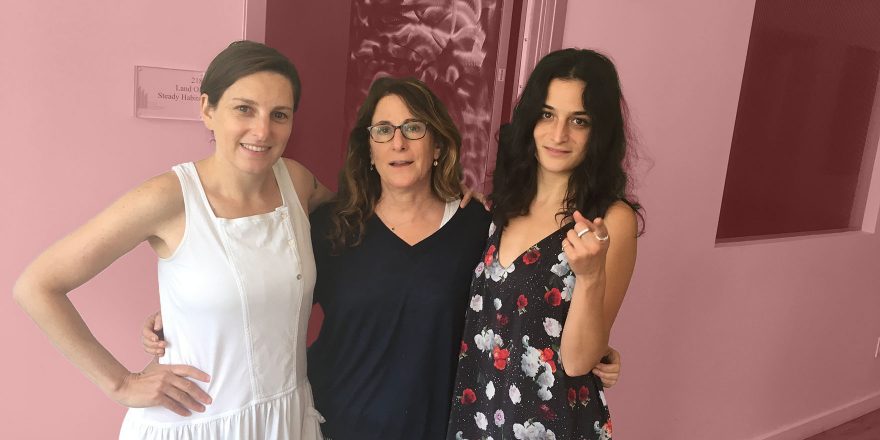