Allison Anders is an award-winning film and television writer and director. She is best-known for films such as Gas, Food Lodging (1992), Mi Vida Loca (1993), Four Rooms (1995) and Grace of My Heart (1996), and is currently a prolific TV director, helming episodes of shows such as Sex and the City, The L Word, The Mentalist and Orange is the New Black. A winner of the MacArthur Genius Grant, she is also a Distinguished Professor in the Film And Media Studies Department at the University of California Santa Barbara.

No film I’ve seen in recent times has been as startling, empowering, hilarious and wholly enjoyable to watch as Anna Biller’s masterpiece The Love Witch.

Maybe it’s me: an unabashed love addict, a decades-long fan of American International Pictures exploitation and horror films shot along the California coast, and a sucker for anything evoking the style of that vague transition between the ’60s and ’70s. Whatever the reasons, watching The Love Witch put me into a spellbinding cinematic ecstasy.

Samantha Robinson plays Elaine, a strangely empty beautiful young witch desperate for love and adoration from men who ultimately deeply disappoint her. Following the death of her husband, she relocates to a Victorian haunt on the Cali coast to do her artwork. But in reality, Elaine is mixing up spells and sigils to put a whammy on men she meets in hopes that he might be The One, her true love, her soul mate who can match her passion.

And it works! The problem is, once she has willed a man to love her, she sees a vulnerability and desperation in them which she finds repugnant, as they slowly descend into madness and death from Elaine’s witchcraft-induced love craze.

This would be interesting enough for me. But director Anna Biller’s vision, style, wisdom and skill take The Love Witch to a vastly higher level. Biller committed to shooting her film on 35mm (and most screenings are projecting it on 35) with cinematographer M. David Mullen to recreate a Technicolor look of the AIP, Hammer and European horror films of the 1960s and early ’70s, as well as Douglas Sirk’s 1950s films. She also used rear-screen projection which instantly evokes Hitchcock (for most people, it’s The Birds; for me, it’s Marnie and Vertigo).

But Biller didn’t stop there – she also created the sets, designed the costumes, created the artwork used in the sets, and composed some of the music in the film. Rarely these days do we see such precision of style and design working together so gorgeously with the material and the character’s inner state.

And rarely these days is there much to say about the style of acting in a film. Volumes could be written about Samantha Robinson’s performance. She’s as chilly as a Hitchcock ice princess and as self-contained as a Sirkian heroine. And as eerie and decadent as any Roger Corman witch or Hammer vampire.

But there is a whole other world of texture in Robinson’s performance which is a bizarre – and hilarious – vapid narcissism underneath an artifice of allure. And all the while, Robinson lets us in on the act. One seductive dance she performs for a would-be lover had me in stitches, I imagine Robinson and Biller had terrific fun creating that dance. In fact, I know it. As a director myself, watching the lead actress in each scene, in every frame she fills, you feel the incredible connection between director and star, that Robinson is a muse for Biller.

I’m often surprised there are not more feminist filmmakers using witches as their heroines ’cause it makes so much sense. Witches represent female power, in every great and messy form. In Four Rooms, my segment was about witches attempting to conjure a goddess on New Year’s Eve. Each of the witch characters represented a different archetype of female power. So I felt a real affinity watching The Love Witch, and a curiosity to see what Biller would make of this inspiration.

Elaine’s friendship with Trish, the innkeeper of the Victorian house where Elaine lives, is the real relationship of the movie. Trish is a normal un-bewitched woman with a marriage that seems to work and is enviable to Elaine. Trish is a modern feminist, seeing herself apart from her husband, a set of wills and values all her own. She wears drab clothes in contrast to Elaine’s carefully controlled glamor. The two women get to know each other at a Victorian tea house, the most femmy place on the planet except maybe an American Girl Doll salon. It’s here we see the difference between them. Later this will be far more complicated as fulfillment eludes them both, to varying degrees. Trish is the only one who truly sees Elaine, which ironically is all Elaine wants – to be seen. The men can’t see past their lust and her allure.

And therein lies the real hell for Elaine – she wants to be known, but there’s no there there – because she’s too busy manipulating that feedback she craves from outside herself. Consequently, there is no enjoyment from her sexuality, she is as eerie and non-plussed in bed as she is sipping tea from a Wedgwood cup under her big spring hat. She is completely disconnected from herself. She is addicted to love, and yet she’s incapable of inspiring it, and incapable of giving it. (Interestingly, love addicts in reality sometimes find themselves making use of witchcraft and spells to attract their beloved). And when Elaine is able to attract the men she wants, she bores of them instantly. They’ve just become so annoying to her.

Fear of the Female Planet rules the men in The Love Witch. They not only recoil at the sight of a bloody tampon, one cop doesn’t even know what it is. (It continues to amaze me how menstruation is still such a taboo in cinema.) It’s a marvelous delight to see the male characters, not only not in charge of the narrative, but disempowered and frivolous. It’s hard to feel sorry for any of them, honestly – and that’s really, really fun for a change. To see the men as the one-dimensional characters, the ones we find hard to take seriously, the uninteresting ones.

Like another brilliant female filmmaker, Andrea Arnold, Anna Biller pushes back against the feminist resistance to the “gaze.” Cinema is gaze, it’s all about how you play with it, and how we as women can empower ourselves by taking charge of that gaze.

With her mastery of the sensuality of cinema, her grasp of the power of color, light and sound, and her ability to pierce the core of the interior female space – even if all she finds in her character is bewildering emptiness – Anna Biller is one of the most exciting directors in decades.

Allison Anders is an award-winning film and television writer and director. She is best-known for films such as Gas, Food Lodging (1992), Mi Vida Loca (1993), Four Rooms (1995) and Grace of My Heart (1996), and is currently a prolific TV director, helming episodes of shows such as Sex and the City, The L Word, The Mentalist and Orange is the New Black. A winner of the MacArthur Genius Grant, she is also a Distinguished Professor in the Film And Media Studies Department at the University of California Santa Barbara. 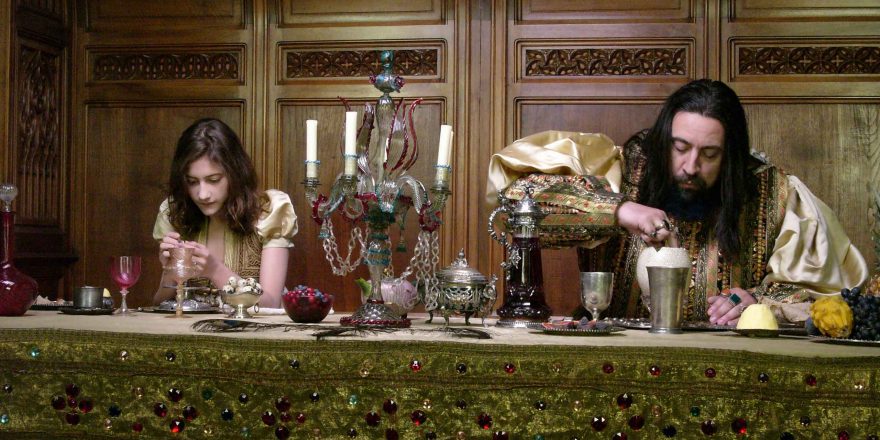 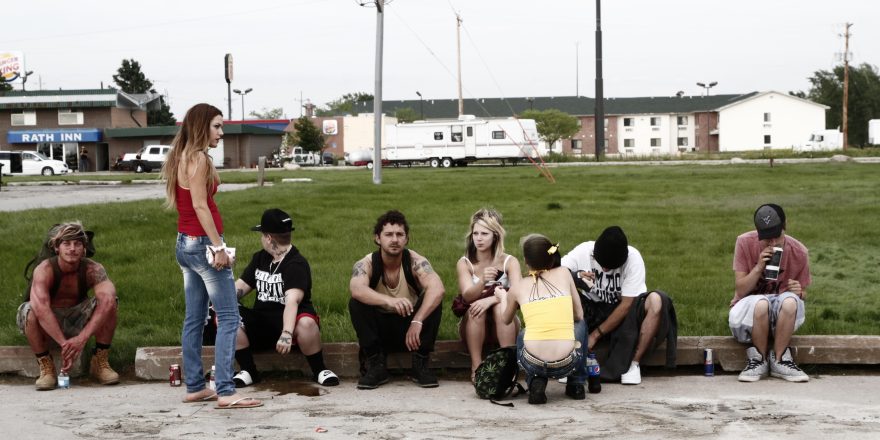 American Honey, a Rare Film That Makes You Ask, “How’d They Do That?”