My relationship with Iggy Azalea begins on a freeway in 2013. Driving myself to a show in a car that has been known to smoke from the engine if put in reverse. Terrified of the consequences of a crash (car disintegrates, head falls off, etc.), I obey the law of not touching my phone while driving, and end up listening to a playlist of her music on loop for two hours.

During this period, I get to know Iggy’s legend, best heard in the lyrics of the song “Work,” pretty well. Every time “Work” comes around, dancefloor synths pulsing sadly as she speaks her opening lines — “Walk a mile in these Loubotins/They don’t wear these shoes where I’m from” — I imagine the video with Iggy walking down a dusty red dirt road, alone. After a while, the first minor chord in that opening sequence is enough to make me feel teary. She did it ALL ALONE, I think, FOR A DREAM.

Driving myself to my show, with my guitar in its shoddy case in the back of my smoking Barbie car, recently purchased from a questionable mechanic because it is bright green and was made in 1998, I think that, in a way, I am like Iggy. Yeah. Just like Iggy.

One year later, the car is sold, that chord in “Work” is still a personal trigger, and Iggy Azalea is the most statistically successful charting artist in America since the Beatles, having simultaneously occupied the top two spots on Billboard in 2014, with her track “Fancy” and a feature on Ariana Grande’s “Problems.” She triply hit the big time guesting on Jennifer Lopez’s “Booty,” a song whose hyper-literal video has earned 73 million views on YouTube. This week, in light of this unimaginable career growth, Island is releasing Reclassified, a new version of her debut album, featuring eight tracks that either appeared back in April on The New Classic or its deluxe version, and four new ones.

For anyone arriving at Iggy Azalea after her recent trio of hits, Reclassified is an album that makes perfect sense. It is sequenced and mastered better than its predecessor. Where The New Classic was sort of loveably patchy and didn’t rest well with critics, Reclassified is bigger and more confident. The most popular songs on previous releases have been cherry-picked for inclusion, and the new ones contain more heavyweight guest features, like Jennifer Hudson on “Trouble.” She even gets pop’s nicest English girl, Ellie Goulding, to bow to rap vocabulary and sing the word “bitch” on “Heavy Crown,” surely a first.

For fans of The New Classic, though, Reclassified can sound like a software update that you didn’t mean to click on. Casting your eyes across the track listing will throw up hardly any unknown material, and anyway, didn’t we faithfully download the deluxe edition to get half of this stuff already? FYI, Iggy Azalea, I personally watched the video for “Fancy” for at least 100 of its 300 million views, and now you need me to hear it again? I already know it’s a banger. Iggy provides a helpful explanation for this in “Iggy Season,” Reclassified’s opening track, when she says, “So stressed on what’s next/My last bit of success didn’t hit me… Let’s reflect what we left on New Classic/I overstepped what was expected….”

The existence of Reclassified is, in my mind, such an audacious move. I can almost hear the record company executives giggling as they shuffle the songs around, swap out the press shots and literally move the writing from right to left, but then audacity is not something the Iggy Azalea machine has ever been at a loss for, not since that first decision that took her, aged 16, from a suburb in Southern Australia to the centre of the US rap scene.

In addition, as her profile grows in the era of Internet think pieces and Twitter spats, Iggy has found herself increasingly on the defensive, whether channeling White Chicks for Halloween in response to criticism from Snoop, or apologising for lyrics that have offended so many people that even she now considers them racist. As an artist who is constantly being forced to restate her position and accountability, it actually makes sense that she would also have to rejig her own album. Like, in the light of new developments, here’s what I actually think….

It’s just a shame that some of the songs I liked best — “Impossible Is Nothing,” “Fuck Love” and “Goddess” have been consigned to the first attempt, while the new ones, which are definitely more universal, are not necessarily better. “Trouble,” for example, is so impersonal that when you discover that Iggy also featured on Hudson’s album, the first thing that comes to mind is a work-exchange programme. Meanwhile, “Heavy Crown” also has an inevitability to it, like they were working from a list of Acceptable Song Themes for Iggy Azalea. Of all the new songs, only “Beg For It,” in which Iggy and the Danish artist MO taunt the song’s subject over a sneaking half-time beat decorated with claps and clicks, had me compelled. I wonder, if I was back on the road in my tin car, if I could have stomached four consecutive loops of Reclassified. Probably not. I guess what I’m saying is, if Reclassified had been released a year earlier, I might be dead right now.

Though both had an opportunity to be, neither The New Classic or Reclassified is quite good enough to be a classic. What Iggy has proven is that she has a huge capacity for making hits, and some of these are so undeniable that right now she can pretty much do whatever she wants. I always look forward to a new Iggy Azalea release, so I’m still glad this one came along. I’ll probably be buying Reclassified Deluxe as well. 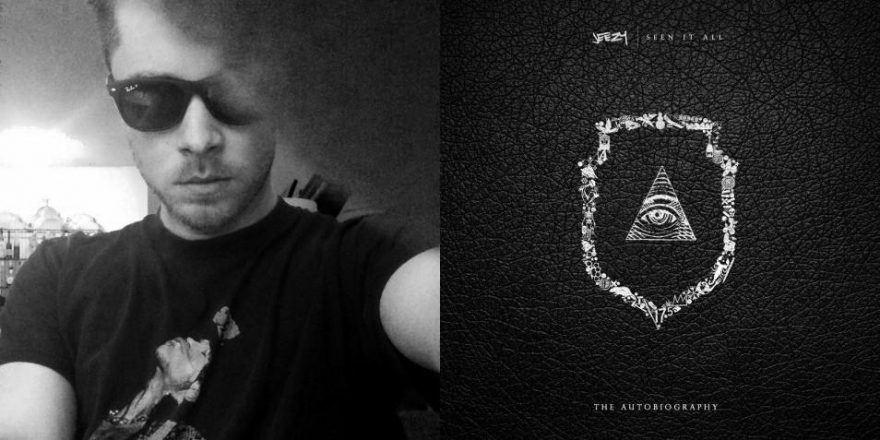 William Hutson (Clipping) Talks Jeezy’s Seen It All: The Autobiography