NICK DAWSON: Hey everybody, and it’s great to have you on board, Amy Rose! It’s seems like a great time of year to be starting a new role, and I can personally attest that nothing is more fun than working at Talkhouse!

AMY ROSE: Thank you! It feels seasonally appropriate, to be sure: To rip off Leonard Cohen: It’s probably spring. While I’m into the idea of spring as generative, I think about this time of year a few other ways, too. Similar to how L. Cohen portrays the season in the poem linked above, I translate spring as not only a time of (re)birth, anticipatory warmth, and increased daylight, but as a way of shedding layers, whether or not one is necessarily prepared for that exposure. Newness is galvanizing, in part because it carries vulnerability with it: Lambs are vehemently cute, but they connote slaughter. For all that I love them, I’m wary of the crocuses. What if, given our polluted mutant of a weather system, they freeze in place as soon as they break dirt?

NICK: I’m from Scotland, where spring is the season where it’s marginally less cold but marginally more wet, so I struggle to have any burning enthusiasm for this time of year. But spring in New York is, admittedly, a distinct season, so I am happy for that and the fact we’re one step closer to summer. Which, of course, is too hot, so everyone stays indoors being blasted by freezing air from their A/C units.

AMY ROSE: I’m inclined to take advantage of this transitional period for that and so many other reasons: Stagnation feels even riskier than uncertainty, and so, like lambs, we stagger forward into the vernal sunlight. I kiss the flowers in bloom, however fucked up they may be. For all his cynicism in that poem, Leonard also knew this about the current season: “It is what you can never find again so tender and so wild, so do kneel down and honour what the Name makes manifest because it’s probably Spring.” So let’s thaw. Letting go allows you to hold what’s next, or what’s already arrived, more closely.

NICK: I’ve had to let go of a lot recently. Of people I know and love, of old ideals, of a belief in our political system and our leaders, of the idea that things end up alright in the end. But, then again, I now believe even more firmly in the resistance, in all of its forms.

AMY ROSE: This month at Talkhouse, we’ve asked contributors to think about moving on, which marks the first occasion of our working with a monthly theme at the site. This one is loose, since we’ve only just begun, but we look forward to continuing on in this mode. On the music side, explorations of this introductory theme will include stories about learning to tend to the garden of your mental health even on tour (they said it couldn’t be done!), learning a new instrument when your career has typically focused on other modes of musicianship, repairing your heart through creative work after trauma, Talkhouse’s regular commentaries on new releases, and so much more galore.

NICK: On the film side, people will be addressing this theme of letting go in a series of written pieces and in video essays (well, at least one — the incredible piece by Jake Swinney that went up this week), and I’m sure it will be a subject that’s touched on in our podcasts, which now always seem to discuss what’s going on politically in this country, as it’s become almost unavoidable.

AMY ROSE: I look forward to those conversations, and I’m so glad to be starting here with all of you. 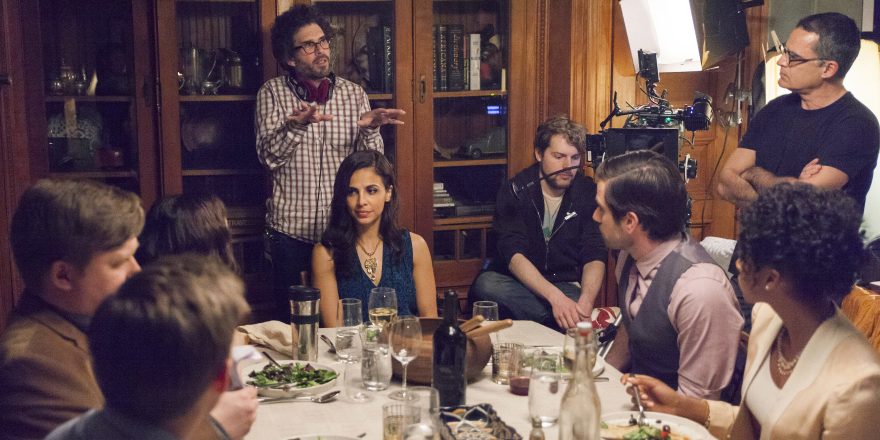 Breaking Out of My Identity as an American Foreign-Language Filmmaker

From SNL to Other People: 10 Things I Learned Directing My First Film