When I was younger, I was very much the sort of teenager that went out of his way to like obscure music. I would often buy an album solely because I had never heard of the band and hoped nobody else had either, just so I could show off my incredibly unusual music collection.

Of course, nearly all of the albums I bought were awful, and always a disappointment. I didn’t have much access to the internet, so I couldn’t scout around and listen to a few songs before I made my decision to buy. So I’d end up choosing albums I hadn’t heard from bands with strange names or interesting album covers or that had been thanked on another peculiar album I’d previously bought. Suffice to say, I wasted a lot of money on a lot of shit. In fact, the only band I found in this haphazard way that was any good — and that I still own albums by — was Half Japanese, the long-running band fronted by singer, songwriter and lone permanent member Jad Fair.

If I’d known Kurt Cobain had been a Half Japanese fan, I probably wouldn’t have picked up any of their albums, deeming them to be too mainstream for my taste — I was an awfully pretentious teenager. So I bought my first Half Japanese CD not on anyone’s recommendation but because I liked the cover and because it had 28 tracks on it, which seemed like good value for money to a teenage boy with hardly any cash. I was bound to like at least one of those songs!

What I bought was their second compilation album, somewhat appropriately titled Greatest Hits, Vol. 2. I couldn’t believe my ears. The music sounded like it was being made up on the spot; it was exciting and fresh and exuberant. There were quiet acoustic songs and loud, aggressive songs and some tracks that barely sounded like songs at all. “No More Beatlemania” was just the sound of chanting over feedback and a repetitive drum beat. I loved it!

Putting that CD on with no idea what to expect was probably the best way to discover Half Japanese. It was exactly what I had hoped to find on all the other shitty CDs I’d been randomly buying. Without knowing it, I’d been looking for something very specific, and now I had found it. I’d never heard anything like Half Japanese before and I haven’t really heard much like it since.

The lyrics were great too: quirky without being annoying. Some sounded like they’d been ripped from a teenage diary or the love letters from a ’50s teen movie while others chased a seemingly random thought to see where it might end up, and an awful lot of them seemed to be songs of encouragement, hope and optimism. They were perfect.

You always know what you’re going to get with a Half Japanese album — they are all brilliant, but in a very similar way. Looking at the 16 Half Japanese albums I own, I have no idea what order they were released in. It’s not as if there’s any sort of progression to their sound — it’s always the same primitive-sounding genius. I settle down with a Half Japanese album in the same way other people might settle down with a well-loved sitcom. I know what to expect and that I will enjoy it and I can dip in and out and not worry too much about any there being any tricky development to get my head around.

Until now, that is.

Overjoyed is the first Half Japanese album since 2001’s Hello, and their 14th studio album overall, although there are plenty of compilations, live albums and EPs out there as well. Overjoyed was produced by Deerhoof’s John Dieterich, and to this longtime fan it sounds like the first Half Japanese album on which you can tell somebody sat in as a producer. (OK, 1992’s Fire in the Sky was produced by Maureen Tucker, though you wouldn’t know that Fair had brought in an outside hand unless you read the liner notes, which is not a criticism.)

Part of what I thought I loved about Half Japanese was the tiny, spontaneous sound of their recordings. I loved that they sounded like this raw band that were about to collapse at any moment, recorded in someone’s basement or bedroom. I thought these qualities made it sound more “real.”

I now know that I’m an idiot for ever believing that “lo-fi” meant “more real.” Listening to Overjoyed, I soon realised that what I’d really wanted all along, even if I hadn’t known it, was a Half Japanese album with more meat on its bones.

“Finally,” I thought, as the opening song “In Its Pull” thudded its thick bassline straight into my brain, “a Half Japanese song that makes me pump my fist in the air!” By the time the perfectly played, descending scale of a guitar solo kicked in halfway through, I was on my feet singing, “Yeah! YEAH!” along with Jad.

Jad’s lyrics have always had the air of a motivational speaker to them. “In Its Pull” opens with “Refresh the life that you now have/and be the best you can possibly be,” which sounds very much like the beginning of a self-help seminar. I have often turned to Half Japanese for inspiration when I’ve been down, so it’s fantastic to hear Jad’s uplifting lines coupled with such powerful, muscular music. I feel like a stronger person after listening to it.

In fact, and I feel like a heretic for even suggesting it, the whole album sounds better for having had a producer. There is a level of control that Dieterich has brought to the music that is usually — admittedly, often gloriously — absent from Half Japanese’s other albums.

For example, “Brave Enough,” perhaps my favourite song on the album, has a fuzzy, looping guitar line that slowly rises and falls over bongo drums. It wouldn’t sound out of place on an Eels album, and it’s the first Half Japanese song I think I’ve ever heard that actually sounds like it was planned out in advance and not just recorded on the spot. The same goes for the fragile-sounding “The Time is Now,” a standard Half Japanese-style acoustic ballad lifted to new heights, with the delicate production slowly building up in a much more measured way than I’ve heard Half Japanese songs do in the past.

That’s not to say that this is by any means a pop album. “Meant to Be That Way,” with its warped soul yelping and enthusiastic shouts of “YEAH!” sounds like a mutated version of Ian Svenonius’ band the Make-Up, while even a brief blast of the four-minute “Do It Nation” — all feedback guitar and distorted vocals — is all you need to be reminded that you’re listening to true eccentrics doing what the fuck they want.

Dieterich may have added more heft to the music but if you were playing Jad Fair lyric bingo, “Do It Nation” would supply a full house of his thematic tics: good luck, being taken by the hand, saying things once and saying them again, and fate. (The only classic Fair trope missing on this album is monsters.) That being said, Overjoyed is just a tiny step in a different direction, not one that was in any way needed but, for me, a welcome one.

Like I say, all Half Japanese albums are kind of like one long, incredible record. But Overjoyed definitely stands out as progress. I’m not saying it’s better than what they’ve made before, and it’s definitely not worse, but it is certainly something a little bit different. 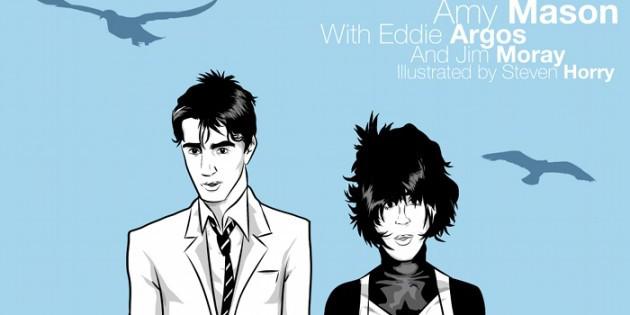 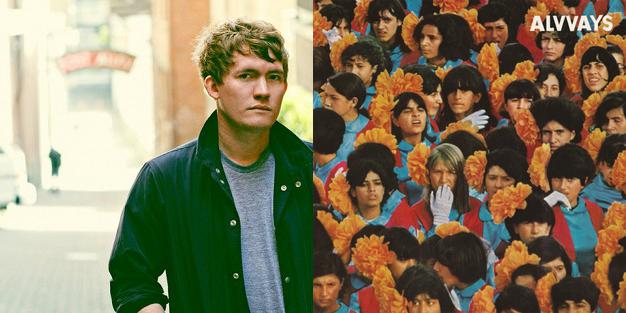