It’s happening again. Uncle Honus here to share some observations you never knew you never wanted observed and even after muscling through you will still disagree with entirely. Today’s delightful topic: Openers. What’s that all about, dude?

Everyone’s gotta start somewhere, right? Hell, now that I’m putting out a solo record, I feel like I’m starting at the bottom (after years of endless touring and putting out records) when I was already barely at the top of the bottom. Look, playing music is fun — or at least should be — and once it stops being fun, then get the fuck out. Go be a bean counter or whatever.

Here’s a list, in no particular order, of show etiquette “no no’s” that I’ve encountered during my more than nine minutes in the indie rock “biz.” If I’ve left anything out, (fellow music players) let me know:

Although it can be an absolute blast, being an opening band can also be a bit of a tough gig, morale- and budget-wise. Opening bands today are basically paid what opening bands were paid twenty years ago, so when you balance that against how much more expensive the world has gotten (gas/food/lodging), it’s spectacularly brutal to go on the road as an opener. Especially if you’re not a group of trustafarian kids.

Opening, obviously, is great exposure for the fledging band — or even a well-established group trying to reach a different audience — but it also usually means playing to a room of people who just want to see the headliner and can’t be bothered by your thirty to forty-five minutes of warm-up. Or, as I like to call it, “the soundtrack to catching up with your friends.”

A couple of years ago, a big band reached out and asked if my radically less popular band wanted to play a handful of summer gigs. It was a really odd fit, musically/genre-wise, but I thought that at the very least it’d be an interesting experience. You never know. Their audience may dig what we do, even if it’s a little outside of their emotional wheelhouse, right? We’d done plenty of one-off shows in the past with bands that didn’t make sense (festivals not included) and even when those sucked the marrow out of our musical bones, they usually had a “look at us, we’re monkeys at the zoo” appeal that we could appreciate. It helped, too, that everyone in the headlining band was really sweet, they were compensating us generously, and the gigs were pretty large by our standards, the biggest venue maxing out at six thousand. To put things in perspective, my band tends to cap out at about one thousand people in an “A” market (New York, L.A.). I rationalized that — worst-case scenario — if only ten percent of the audience dug what we did, fantastic. And it’d be a funny story to write about someday. Well…

After the first show it became absolutely clear: we weren’t reaching even one percent of the audience. Soul-crushing. Nobody wanted to slog through our set, but they were physically forced to be there because they didn’t want to give up the spot they ran to and secured as soon as doors opened. The biggest applause we received was when we were loading our gear off the stage. Which brings me to this quick point…

I have a lil role in @nickfromislands wonderfully strange music video for “No Milk No Sugar” from his forthcoming album “Taste” that drops pretty soon. It’s a catchy, insidious ear worm of a song so considered yourself warned! Watch it on @jashnetwork’s YouTube channel “buh” for fun times! Nick also directed the damn thing. He’s so talented and nice to look at. #islandsband #jash #islands

DON’T…heckle the band during changeover.

Look, homies. It takes any band a hot minute to set up their gear. Unless you have a top-notch, big-dollar crew traveling with you — most bands don’t have the luxury of that — it’s still going to take a little while to get everything going. Instruments and amps have to be put in place, XLR cables and instrument lines need to be run, microphones and monitors need to be tested to make sure they’re working correctly. For the layperson, monitors are those little black speaker things on stage (not your beer holder) that most musicians use to hear themselves play/sing since it’s usually too loud for that once everything is cooking.

Whenever you see musicians on stage testing their microphones, it’s for both the sound person out front (behind the audience in the sound booth) and the band. Everyone needs to make sure that everything sounds right. This should all be obvious stuff. For openers, it’s usually more hectic. A lot of time, they don’t get a proper soundcheck and it’s awkward for everyone. Most bands would love to roll right out and play immediately, but that’s not always the case. Have patience. Get a drink if you’re bored. And, most important…

…for you to enjoy. Duh. And, usually, that opener is on tour with the headliner for their whole run of dates. At least, that how I’ve always picked openers: I want to expose an audience to something different — something they’ll (hopefully) like. I don’t wanna spend an entire tour listening to a band that I don’t like. Keep that in mind when your middle finger is firmly raised for the entirety of the opener’s set. Also, FYI, there’s nothing worse than a headlining band watching their audience treat their opener like shit. I’ve seen headlining acts play shorter sets because the audience acted like assholes to their openers. Bless you, Pavement.

The whole mentality of getting to ignore an opening band as part of the ticket price is wrong — especially, as a buddy succinctly put it to me when asked about this subject: “When you know damn well those same people in the audience will be the first ones two years later, after they’ve (the opener) blown up, to say, ‘Oh, I saw them opening up. They were so good.’”

In closing, as a general rule, I really love playing to audiences who don’t know me, and I try to approach every show like it’s a new show: nobody knows the songs, and I’m trying to win you over. When that game plan starts to go askew, I tend to transition into the “Oh, you hate this do you? Purrfect. I’m going to really make you hate this for forty minutes now, suckers” mentality. And I can find the purest of joy in ruining somebody’s forty minutes.

Dude, Be Cool: Here’s How NOT to Act in a Band’s Green Room 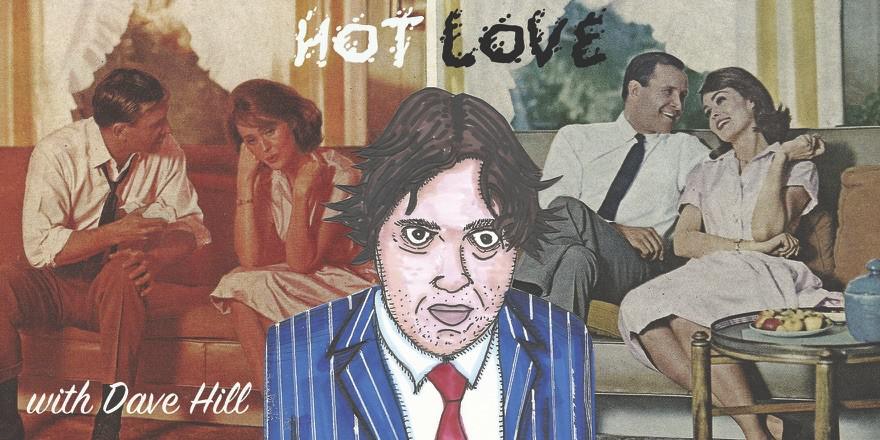 Dude, Be Cool: Here’s How NOT To Be a Drug Dope at Shows