On August 25, I took another airplane from Queens to London. Battling depression the last few years, I’d fallen into a place where I rarely got excited about music, which is otherwise a steady source of inspiration to live, to love, and to create in my life. This day was different. I was excited about Wiki, Action Bronson, and A$AP Mob, all of whom had new albums out. I was excited for my city. As I ascended out of Queens, I pressed play and gave the buildings I stared at a soundtrack.

It’s often that when you leave the city, you’re able to appreciate its quirks and briefly accept the thought it may not be trying to kill you. Two days later, I sat homesick in a bar in Dalston where I befriended the staff and quickly became a regular. The perks of being a barflower include music-selection privileges: My guy tending bar, a fellow musician, and I sat from early afternoon to late evening deconstructing and discussing the three albums. We talked about our lives on tour, rap versus grime, South London and Queens, and whether rap had a glass ceiling (it does, unless you’re Kanye West). We eventually came to the conclusion that Wiki’s work is about the city itself and the stories it holds, Action’s is about the personality the city tends to create, and A$AP Mob’s, the ever-changing brand of the city and how it relates to other regions musically. I enjoyed all three projects, but Wiki’s new album, No Mountains in Manhattan, has the most for me to deconstruct and thus enjoy.

I was never, ever, an Eminem fan, but I always appreciated his technical ability. Few rappers since have evoked that type of talent: Earl; Kendrick; Wiki. When I first heard Wiki in 2012, I was blown away. Hearing such a technically savvy rapper spin tales complete with the linguistic and visual hallmarks of New York City—North Face jackets, Air Force Ones, bodegas, Metrocards—struck a personal, nostalgic chord with me. In 2012, I lived in a New York City that didn’t feel like the one I grew up in, but this did. On “Pretty Picture,” Wiki writes about Tribeca kids seeing bodies drop, which I experienced myself: I went to high school blocks away from Ground Zero. The NYC of the late ’90s and early aughts, specifically the spirit of New York after 9/11, felt a lot more familiar than the gentrified Brooklyn I found myself creating music in as a part of Das Racist in 2009.

No Mountains in Manhattan evokes the same nostalgia in me, but you can feel Wiki’s growth. What do you do when you’re an insanely talented rapper who can shoot off multisyllabic rhymes in a heartbeat? You play with style. You toy with new cadences. You learn how to craft songs and stories, and not just bars. You cut clutter. That’s exactly what Wiki did here, and the result is a love letter to New York I wish I could have written, but am happy someone else did.

“Mayor” rings off with a soul sample of the Arrows’ “We Have Love” that you know was cleared, reminding you this is an album, unlike Wiki’s previous releases. There is a label here, and a budget, and a lot at stake. If you don’t walk down your block like you’re the mayor, you’re doing it wrong. You pat kids on the head, tell Sharif at the bodega you’ll hit him back later, dap your mans up and make plans to link, and, like a mayor asking for reelection funds, you bum cigarettes. The video for the song illustrates this well as Wiki runs around NYC in an oversized suit promoting his campaign.

While other prominent NYC rappers like Action Bronson and Westside Gunn have been endlessly compared to Ghostface because of their high-pitched, coke-soaked tales of the city, we hear Wiki rhyme alongside Ghostface himself on “Made for This.” The senior rapper’s influence is apparent in Wiki’s malleable New York drawl, but doesn’t beat you over the head.

On “Face It,” we see the rapper battling addiction, fame, and carrying the chip on your shoulder that is New York City:

Nah, I want the city better than the level it was at
I been staying up day and night measuring the task
Of what it’s goin’ take to get the city on blast
And it’s extra pressure, ’cause I gotta do it on the road

When the city’s not breaking hearts, its people are. It’s hard to focus on loving yourself, let alone another, when you feel your home is trying to swallow you alive. “Pandora’s Box” is a standout here, displaying a vulnerability not often associated with rap music: “Don’t you know I’m born to lose, And I’m torn in two.” A recent piece by Tom Breihan accurately describes a bulk of New York’s recent output (which references its past output) as “dirtbag rap.” Dirtbag isn’t a pejorative—a dirtbag is not a hustler, a stick-up kid, a homeless person, a flâneur, but a combination of these things and many more. LA has actors, and Nashville has musicians. New Orleans has jazz, and Portland has white people. New York has dirtbags. Dirtbags make the city what it is.

Perhaps a more fitting set of bars from “Pandora’s Box” is, “I was a mutt, didn’t know who I was / You made me feel I belong, like I was one of ya.” The bars could refer to a lover, or to the city itself. These type of parallels highlight Wiki’s growth: If Wiki’s earlier work was a stylized piece of city skyline spray-painted on a brick wall uptown, No Mountains in Manhattan is a proper realist landscape on display somewhere below 14th Street.

Das Racist
Himanshu Suri
music commentary
no mountains in manhattan
rap
Swet Shop Boys
wiki
I’ve Been a Clown and I’m Terrified of Scary Movies, So Of Course I Saw It
On Compulsive Home-Movie-Making During Loss, Birth and Hamlet 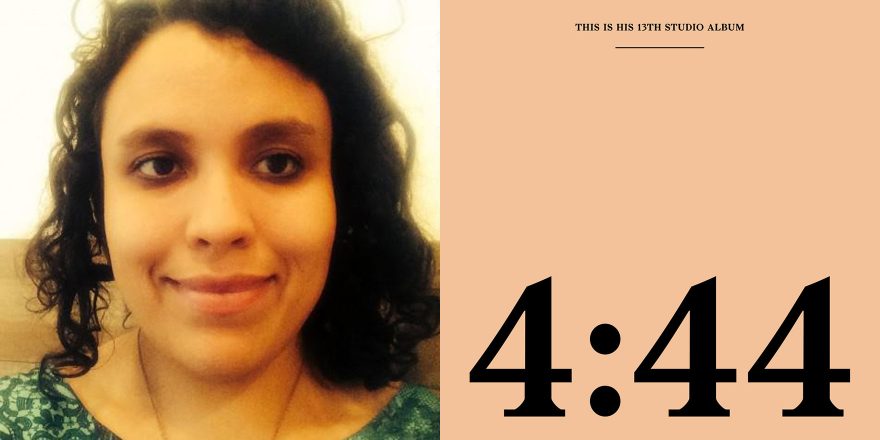