Melvins drummer Dale Crover’s style influenced an entire generation of grunge drummers, and by extension, a significant amount of popular music in the ’90s. Crover’s signature can be heard in the devotional styles of Dave Grohl, Alice in Chains’ Sean Kinney, Stone Temple Pilots’ Erik Kretz, and even Scott Phillips of Creed. Crover is that rare sui generis musician who is constantly imitated and never duplicated.

In the vein of Thelonius Monk, who once wrote, “Don’t play everything, every time,” Crover is a master of space and silence. His pauses and accents consistently upset listeners’ rhythmic expectations. He’s able to discover new subdivisions of simple rhythms and beats and find that rare, pure space between sublimity and stupidity. It’s exciting that he came out from behind the kit to make his surprising new solo record, The Fickle Finger of Fate.

If you’re looking for a drum-heavy album of Crover’s blunted, metal blasting, this is not the place—and thank God for that. Fickle Finger is a combination of material from his limited-edition 2016 EP, Skins, and new standard-length pop/grunge songs. Although Crover plays most of the instruments on the album, there are guest appearances by current Melvins and Redd Kross bassist Steven McDonald and  Dan Southwick, the bassist for Crover’s side project, Altamont.

The LP reveals the wide range of Crover’s influences and talent. There are psychedelic ballads like the title track, which is reminiscent of Pink Floyd’s “Fearless” combined with a fantasy Melvins MTV unplugged session. This is placed back-to-back with the demented, Ween-esque “There Goes The Neighborhoods” and the 11 barely-there, 15- to 30-second-long pieces from the Skins release. For instance, the opening track, “Chicken Ala King,” is a 30-second, heavily effected drum sketch with one change. The other pieces from Skins present as off-the-cuff recording experiments; “The Members Bounce” is a 15-second rhythm that’s either effected to sound like Mickey Hart’s beam or is actually struck strings. The final track on the album, “Vulnavia,” could be a drum introduction to a Melvins track that never was. What was probably super-fun and interesting as a concept to apply to the custom lathe release of Skins becomes mostly a curiosity here.

The rest of the tracks on The Fickle Finger of Fate feel culled from a lost record from the ’90s, making it extremely entertaining for fans of the era. If you focus on the release’s proper, full-length songs, pulled out of the context of the interstitial, experimental pieces from Skins, you’ll find an album that would not be out of place among ’90s oddities like Hater, Wellwater Conspiracy, or even early Urge Overkill. Even though the short Skins pieces take away from the flow and momentum of the album’s more standard tunes, we’re in a digital era, and you can assemble any version of Fate you want.

No matter how you choose to arrange it, all the tracks on The Fickle Finger of Fate are unexpected in different ways. Drummers are perpetually underestimated, and as I listened to Fickle Finger I realized that I’d been guilty of overlooking Crover, too. The trademark Crover feel and groove are present, but the material he hangs on his signature framework is completely new. The Melvins have always had Crover’s essential drumming driving the ship, but Buzz’s dominant persona often dictates the proceedings. Here, we finally get a look into Crover’s creative process: However eccentric and flawed, it’s long overdue. Though it’s full of odd, interstitial, experimental passages, this record is, in the main, some of the most accessible work of Crover’s career. Crover reveals himself as a strong multi-instrumentalist, songwriter, and even singer here. Of course, you can hear the pulse of the Melvins all over this record, but Crover expands on that legacy and reveals a songwriting talent that’s deep and agile. What took us all so long? 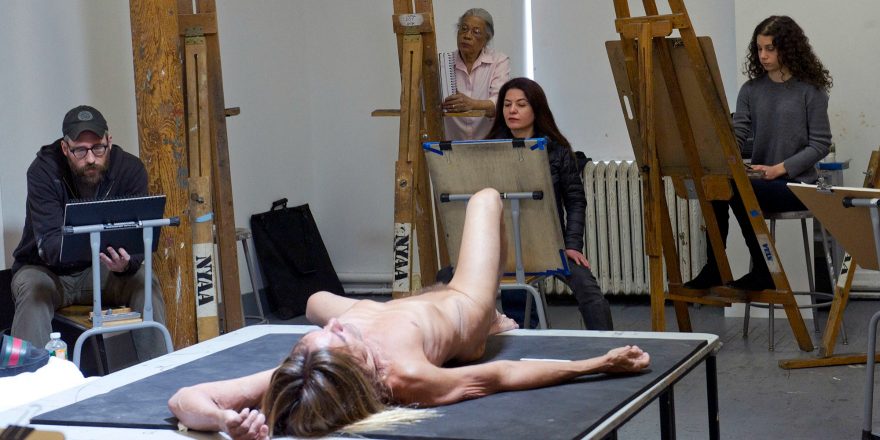 The Art of Iggy Pop’s Body