I’ve always thought of Girlpool as a project that hinged upon and explored the idea of collaboration by intentionally obscuring the identity of the songwriter. When I first saw them perform live, I remember being struck by the strangeness of Cleo Tucker and Harmony Tividad singing their deeply personal lyrics in unison and with equal intensity. When they sang “He locked the door/He didn’t want me anymore/I hid the key/Just in case he wanted me” I remember trying to figure out who was “me,” and which one was “I,” before deciding that the question was beside the point in the first place. What was more interesting was that a pair of songwriters were writing lyrics in a style that music critics called “confessional” and “diaristic,” but it wasn’t clear who, if anyone, was confessing.

Girlpool’s third studio album, What Chaos Is Imaginary, does not, and indeed cannot rehash the kind of obfuscation of authorship that was at the center of their early work. Instead, this record sees Cleo and Harmony embracing the specificities of their positions as songwriters and people to explore a common relationship to something: Chaos. Shedding light on what that word means, and what it means to lean into, escape, yearn for, or accept it, is the principal project of the record. That project succeeds precisely because Cleo and Harmony have such different vantage points from which to do so.

When the familiar becomes inhospitable, and when comfort turns to stasis, where else is there to turn but to the unknown with all of its vagueness and uncertainty? When the way things are becomes painful enough, it becomes possible to conceive of leaving it behind with no plan, and for nothing in particular. Harmony elucidates this further on the next track, “Stale Device”:

For Harmony, it feels like there is even more of a sense of urgency to trade in structure for chaos. To her, the space outside of sameness has a name: the myth, the thrill. This lyrical moment reads more like longing because Harmony can name it, whereas Cleo appears to approach chaos with more trepidation. How else can you approach something that you can’t name for yourself?

At its core, chaos is about placelessness. It’s a feeling of upheaval, a motion toward something unspecific. While Chaos is always necessarily a site of loss, of moving away from something, it’s also a site of possibility. On “Chemical Freeze,” Cleo sings:

I’m so locked out, the hallway hangs around
What’s left of the street without a puddle showing me stars?
I’ll carry the air
I’ll keep you there

OK. I feel the need to break my serious close-reading tone for a moment to gush about how incredible I think these lyrics are. Amazing and beautiful. OK, so we have the street, the puddle, and the stars. We can’t see the stars without looking into a puddle, and if we can’t see the stars, what’s the point of being out tonight at all? But this sentiment is more complicated than “take the bad with the good.” What Cleo is saying here is that real growth, inspiration, and liberation, are all products of our wading through and out of the circumstances that leave us wanting. This state of in-betweenness, of allowing your obstacles to lead the way toward your overcoming of them, is the site of the kind of change he needs.

Harmony also explores chaos as a state of in-betweenness on “Hoax and the Shrine,” where she asks:

Does belief reside between the hoax and the shrine?

Does abeyance lie between the shackle and the stride?

Being between states can be powerful. Faith isn’t cultivated through evidence of the divine, but rather by the suggestion of it. To be certain is, in a sense, to not believe in anything. Likewise, true stasis, stuckness, or suspension, as Harmony sees it, isn’t contingent upon being shackled or restrained, so much as it is a result of acquiescing to or accepting the way things are. The most difficult restraint is one that you don’t realize you have on.

Ultimately, chaos is about making a choice. It is about deciding, at that critical moment when you are able to recognize your circumstances as lacking, to proceed with abandon into the unknown. It’s about discovery and change, but it’s also about loneliness, discomfort, and unease, and bearing those feelings bravely. It’s a place that you only go if you have to, but perhaps also one that you only find if you’re lucky. Cleo puts it particularly well when he advises you (the listener, or maybe himself?) to “create the vague you need.” For some of us, chaos is a necessity. 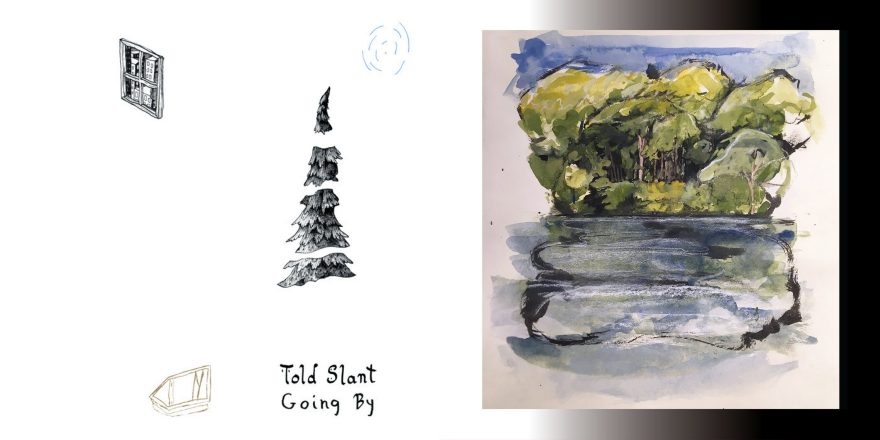 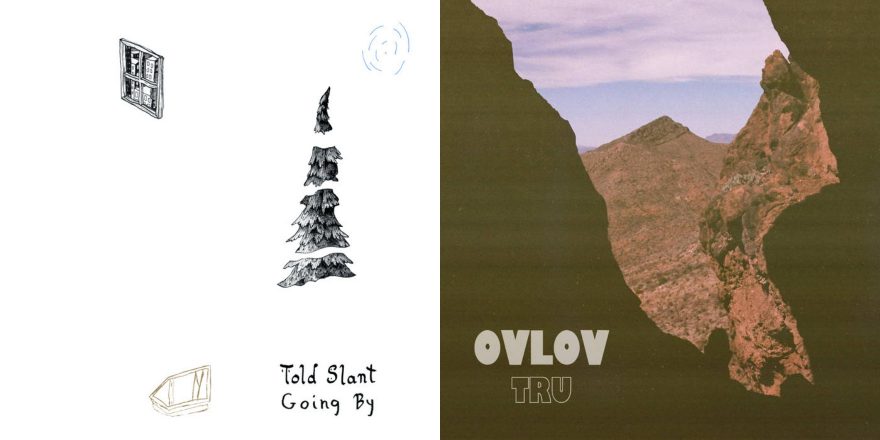 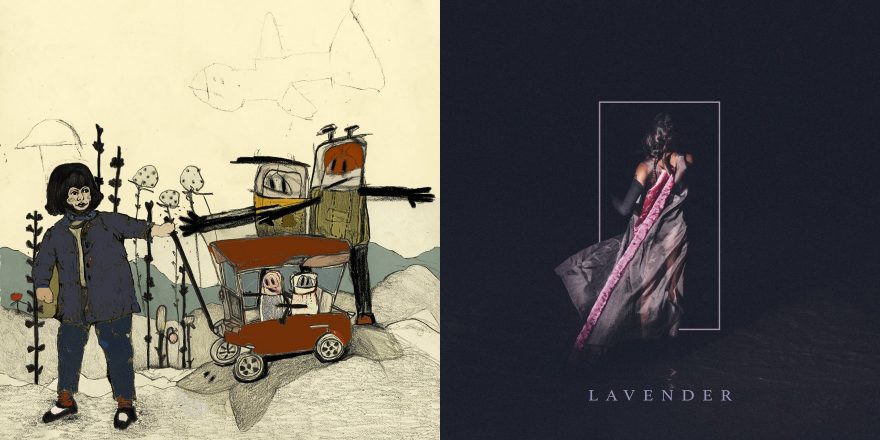 The Ecstasies and Sorrows of Half Waif 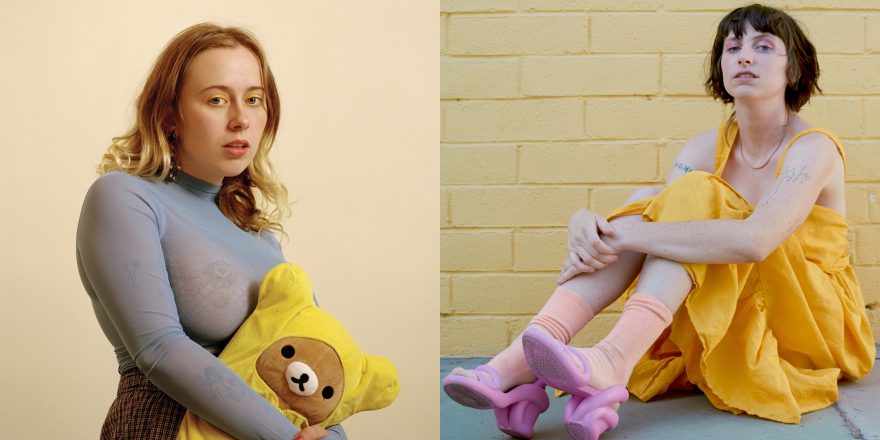 To Crush Whatever Brings You Hope 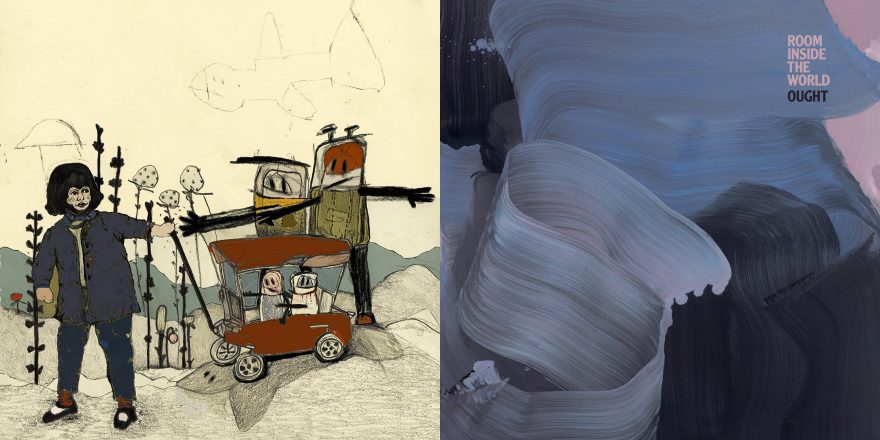 The Acts of God in Ought’s Room Inside the World