Ana Asensio is an international actress, writer and director from Spain, living in New York. She has acted in Spanish TV drama series and independent films, produced and starred in award-winning plays, and adapted a Spanish best-selling novel into a one-woman show. Most Beautiful Island, her first feature film as a writer/director, won the Grand Jury Award at the 2017 SXSW Film Festival and will be released theatrically by Orion and Samuel Goldwyn Films.

My introduction to movies happened — as it happens to most of us, I guess — during my early childhood. In my case, this was the ’80s. I don’t recall the first film I ever saw, but I do remember the way films enriched the early years of my life – how they fascinated me (even the ones I didn’t like) and how forcefully they shaped my perception of the world.

My parents didn’t take us to see films at the local movie theater, so for me, my introduction to cinema came through the small brown, faux-wood television set in my family’s home. I grew up in a small apartment in a working-class neighborhood on the outskirts of Madrid. We were five living there: my mother and father, my two older brothers, and myself. We had a living room where we ate meals and watched TV. Since we had only the one set, there were rules. If my dad was home, he would decide what to watch (which meant, essentially, any and every kind of sports). If my dad wasn’t there, then my two brothers — the elder taking the lead, of course — would opt for either Westerns or animal documentaries. If neither brother was home, finally it was my turn, since my mother never sat down to rest and watch TV. My first choice was always Sesame Street. 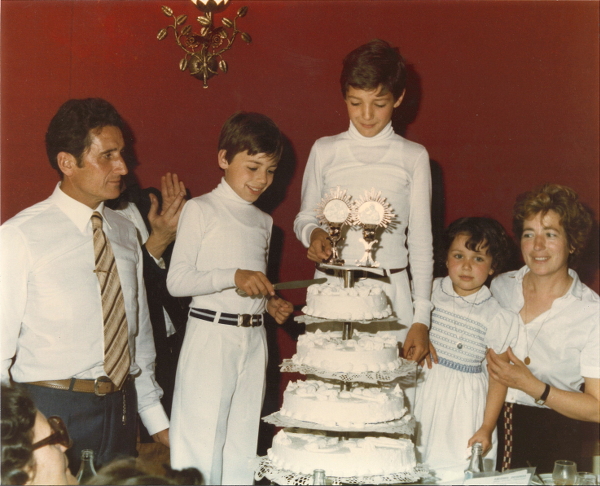 As I rarely was in control of the remote as a young kid, the films I predominantly watched back then, thanks to my brothers, were Westerns. I endured many, most of them on weekends during la sobremesa, the time after lunch. Traditionally, la sobremesa is used for taking a nap, and that was definitely true in our home. My dad would flip through the channels till he found a game on TV, then fall asleep on the couch after 10 or 15 minutes. That’s when my brothers carefully and quietly would change the channel and put on the Westerns they loved so much. The truth is I found them pretty boring, but nonetheless I watched them all, sitting quietly between the two wannabe horsemen in front of the coffee table, my dad behind us on the couch. What I remember most vividly is that the characters in these dramas barely spoke; clearly, silence was a key element used to build the tension central to these cowboy stories. And the heat — everything always happened under a relentless sun.

Away from our TV set, my brothers had a large plastic replica of a Wild West fort, the center of their imaginative world, which was populated with cowboy and Indian action figures. The boys slept in twin Murphy beds, which our mom would dutifully put up in the mornings so we could have space to play, creating adventures built around diligent recreations of the Westerns we watched together.

Religious historical films played on Spanish TV during the Holy Week. I loved those! Jesus was always extremely handsome, as was every other character, as well — it seemed to me to be an endless parade of good-looking actors and gorgeous actresses in elaborate Roman costumes. Because commercial breaks were so frequent, these movies would last three hours or more. I don’t ever remember finishing any of them. But my memories of both the Westerns and the Roman epics are clear, especially the intense scores and the tanned skins of the actors.

Because there were only two TV channels in Spain when I was young, we had little in terms of variety. Over and over, I sat through the same films during my early childhood. But when I got a little older and began watching movies at night with my entire family, the choices multiplied. Each evening, something new. Around the age of seven, I developed a deep interest in horror movies. I have particularly vivid memories of Dracula films, which I recall had a vaguely erotic feel — beautiful women were visited by Dracula and, after being seduced by him, would get bitten on their neck and pass out. Racy stuff! Despite my fascination, however, I experienced unpleasant recurring nightmares about Dracula, which started around that age and unfortunately continued for many years thereafter. 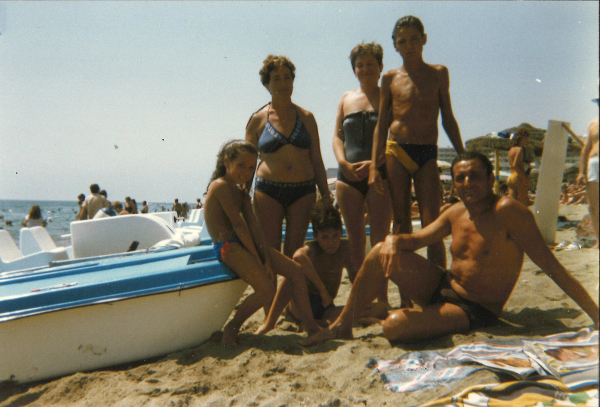 Some nights we would also watch Spanish movies on TV. Shortly after I was born, Spain went through a period of releasing all the repression that had built up during Franco’s dictatorship. A specific manifestation of this release was a nationwide display of sexual freedom. In summer, I would see numerous ladies topless at our neighborhood pool. Some were important figures in my life, such as the lady from our local bakery, so I grew up regarding openness as normal. This openness was also reflected in the Spanish movies of that time, in which nudity and silly comedy were often rampant. Surprisingly, I got to watch many of them. They started before my bedtime, so my parents would allow me to stay around — at least until the language or the nudity got to be too much, at which point they would quietly send me off to bed. But the stories were always the same — two unattractive middle-aged male Spanish friends would go to the beach and meet pretty blonde girls, usually tourists from Sweden, who couldn’t understand Spanish well, but were always ending up topless for one non-specific reason or another.

Something else which really caught my attention early on were the TV series that came from the United States. The A-Team, MacGyver, Knight Rider — there were so many that my brothers and I adored! But of them all, there was one show so popular that when it aired, the streets in my neighborhood were suddenly empty, like the ghost towns in my brothers’ Westerns. The series was V, and it probably made the most impact on me in my adolescence. I dreamed about it frequently, this sci-fi extravaganza featuring aliens who looked like humans, but who would frighteningly peel off their skin to reveal their true selves — aliens who looked like cold-blooded reptiles and ate huge white mice. 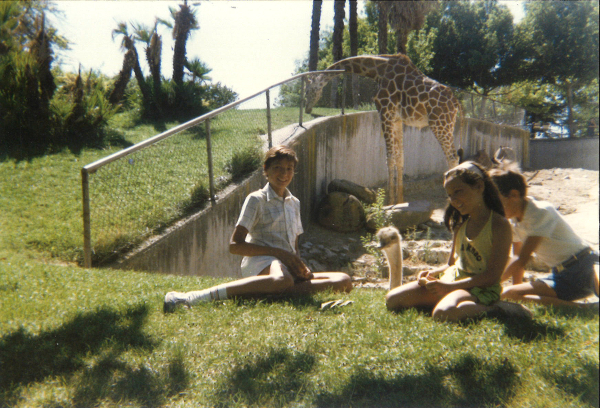 Though I was oblivious to it at that time, many of the films and shows that I saw on TV were dubbed. Even to this day, the large majority of the Spanish population still watches dubbed versions of countless movies and television series without questioning it. One reason for the widespread acceptance of this practice is that each of the biggest Hollywood stars has one consistent voice actor assigned to her or him. And because we were never exposed to the original, this star’s Spanish voice generally seemed perfect to us, so we simply accepted it. But it was a shock to me, for example, to hear Woody Allen’s real voice for first time. Notwithstanding how distinctive his prattle and his syntax are in English, I felt disappointed hearing him this way. I liked the Spanish actor’s voice much better than the real thing!

I don’t remember exactly how old I was when I discovered my girlhood favorite, The Princess Bride, but that film’s perfect combination of adventure and romance was enchanting to me and my brothers. Of course, we knew how to deliver in Spanish the lines spoken at one of the most emblematic moments in the film: “Hello. My name is Inigo Montoya. You killed my father. Prepare to die.” It was a scene we relived over and over ourselves, brandishing homemade swords, repeating Señor Montoya’s iconic assertion word for word.

This, of course, is what movies can do for us all, young or old — they get us feeling, understanding, even reliving actions, emotions, and thoughts that, within the narrow parameters of our own individual lives, we would never otherwise have pondered. For a child in Madrid to feel she is avenging the death of Domingo Montoya or to imagine, however fleetingly, that the extraterrestrials from V could visit her remote Spanish barrio, that enriches her imagination, her empathy, her very soul. To be able to connect in that miraculous way is undoubtedly the goal and the joy of every passionate filmmaker, of every passionate film fan. It is certainly the case for me.

Ana Asensio is an international actress, writer and director from Spain, living in New York. She has acted in Spanish TV drama series and independent films, produced and starred in award-winning plays, and adapted a Spanish best-selling novel into a one-woman show. Most Beautiful Island, her first feature film as a writer/director, won the Grand Jury Award at the 2017 SXSW Film Festival and will be released theatrically by Orion and Samuel Goldwyn Films.