The Telluride Film Festival is relatively unique among major festivals in that none of its films are announced until the day before the fest begins. If you’re a regular attendee like me, you can make some educated guesses about the program – this year, for example, I correctly assumed that festival favorites Paul Schrader and Alexander Payne would be there with their new movies – but one of the great pleasures of the festival is its capacity to surprise the audience with unexpected programs and guests. Even by Telluride standards, though, 2017 opened with a stunner: the world premiere of a new masterpiece directed by Francis Ford Coppola. OK, maybe I’m cheating a little to call it “new”; the premiere was of The Cotton Club Encore, a 2017 restoration and reconstruction of Coppola’s gangster musical from 1984. Yet the changes Coppola has made to his film, both major and minor, cumulatively alter the impact and meaning of The Cotton Club so significantly that it is essentially a new movie – one with the audacity, resonance and ambition of its era’s most important films. To discover The Cotton Club in this form is to come across a lost masterpiece that stands alongside Raging Bull, The Right Stuff and Once Upon a Time in America as one of the great American epics of the early 1980s.

If you haven’t seen The Cotton Club, it’s essentially a throwback to the 1930s Warner Brothers style in that it combines that studio’s two most popular genres – the gangster film and the musical – in one film. Coppola also approaches both genres with essentially the same sensibility that directors like Raoul Walsh and Lloyd Bacon exhibited in films such as The Roaring Twenties and Footlight Parade, combining working-class attitudes and matter-of-fact violence with Hollywood gloss and glamour. James Cagney was the prototypical star of these movies, capable of jumping back and forth between crime flicks and song-and-dance pictures with flawless professionalism; The Cotton Club is basically what you would get if you made one film containing all the pleasures of both kinds of Cagney movies. It’s an ensemble piece set in the nightclub of the title, a real establishment that existed from 1923 to 1940 and provided a whites-only clientele with exceptional entertainment by black performers including Cab Calloway, Duke Ellington, Lena Horne and many others.

Coppola’s film, which he co-wrote with novelist William Kennedy (an early draft by Coppola’s Godfather collaborator Mario Puzo was largely scrapped), juggles the stories of these artists with those of mobsters who frequented the club; in both cases, Coppola mixes real-life figures (Calloway, Lucky Luciano, etc.) with characters who serve as composites or loose mirrors of actual people – Gregory Hines and Maurice Hines play a pair of tap-dancing brothers clearly based on the Nicholas Brothers, and Lonette McKee is terrific doing a riff on Horne. Tying it all together is a romance between a trumpet player and a gangster’s moll who wants to be a singer (Richard Gere and Diane Lane, both playing fictional characters – and both too gorgeous for words as captured by Stephen Goldblatt’s exquisite cinematography).

Coppola came on board The Cotton Club at the behest of producer Robert Evans, who originally intended to direct it himself but then asked Coppola to work on the script and then seduced him into directing the project. By the time Coppola realized the truth – that Evans had never secured financing and needed Coppola’s name to raise money – he was already too involved with the project and too in love with his subject matter to pull out. Coppola agreed to direct on the condition that Evans not micromanage the director like he did on The Godfather – a promise Evans broke in the first week when he fought with Coppola over casting Fred Gwynne. Thus began a combative, notoriously tortured production, and although Coppola had final cut, he ended up taking around 20 minutes out of his preferred version at the behest of Evans and other concerned parties. By the time The Cotton Club was finished, the director was exhausted and insecure, and thought maybe other people were right when they said the movie was too long.

Even in its initially compromised version, The Cotton Club has always been a favorite film of mine for its old-fashioned star wattage, extraordinary musical numbers and expertly staged and edited bursts of shocking violence – an image of blood dripping from a chandelier onto Diane Lane after a particularly brutal murder lodged in my head the moment I saw the movie as a teenager and stayed there for over 30 years. Yet I can’t deny that the 1984 version has a choppy, lopsided quality that comes largely from the fact that Coppola listened to his backers when they said to lose some of the dancing and shift the focus away from the black characters and toward Gere and Lane, essentially turning the performers of color into supporting players in their own story.

Coppola more or less washed his hands of the film for decades, until he stumbled across an old Betamax copy of his original cut and realized that his initial instincts had been correct; by cutting essential material he had in fact made his film feel longer, not shorter, because too many emotional trajectories were disrupted and too much missing information left the audience confused. Thrilled to discover not only a parallel structure in which Gere and Hines’s stories intersect and diverge in more productive ways but also a series of exceptional musical numbers deemed superfluous in 1984, Coppola began the detective work of finding the original negative (this alone being no small task given the movie’s incredibly labyrinthine production and distribution history) and then worked with top-notch technicians to restore the once lost material and remix the sound.

The new cut of The Cotton Club, which Coppola has titled The Cotton Club Encore, retains everything that was great about the 1984 version and corrects everything that was wrong. It’s a bold, expansive, generous film bursting at the seams with enthusiasm – the enthusiasm of musical performers like the Hines brothers and McKee (whose show-stopping rendition of “Stormy Weather” is one of the delights of the restoration), of scenery-chewing dramatic actors like Bob Hoskins, Nicolas Cage and James Remar tearing into their roles as violent gangsters with gusto, and most importantly of Coppola himself as the meticulous re-creator of a vital moment in American entertainment and history. The movie is as joyous a cinematic experience as I’ve ever had thanks to the vibrancy of its action and musical numbers, all of which Coppola stages with the same raucous energy that Walsh and Bacon and their peers brought to the 1930s films that inspired him.

Yet for all its passion, The Cotton Club is a film as obsessed with death as it is with life; the violence is as harrowing as anything in The Godfather, and more pervasive – there’s a sense of threat and doom that looms over these characters in a more consistent, unnerving way than what one experiences in the Godfather films, where the Corleones often feel protected from the outside world in their private enclaves. There’s no barrier between the private and the public in The Cotton Club, and everyone is in danger at every moment. In its new, longer incarnation, The Cotton Club’s aroma of mortality becomes more pronounced, and more moving, given our knowledge that so many of the people we’re watching are no longer with us: Hoskins, Gwynne (who is great, by the way), Gwen Verdon and, of course, Gregory Hines, whose dance numbers with his brother are marvels of craft and spirit that have been lovingly preserved for all time by Coppola in this definitive restoration and reconstruction.

Back when Coppola was regrouping after the financial problems that plagued him when he tried to start his own studio (losing his shirt by pioneering approaches, it should be noted, that are now commonplace on virtually every film set in the world), critics often viewed him as a fallen king; the consensus was that films like The Outsiders, Rumble Fish, The Cotton Club, Peggy Sue Got Married, Gardens of Stone and Tucker were somehow minor works and disappointments – sad letdowns from the guy who gave us The Godfather and Apocalypse Now. Yet every single one of those films has gotten better with age, as has Coppola’s most notorious “failure,” One From the Heart. With the passage of time, it has become obvious to me that Coppola would be a major director even if you eliminated the 1970s movies for which he’s best known from his filmography; his 1980s oeuvre is rivaled only by his friend Martin Scorsese’s in its variety and accomplishment. As much as I loved it, The Cotton Club was always the least of these films, a little incomplete and unsatisfying. By restoring his original parallel structure, in which the stories of the mobsters and the artists and of the black characters and white characters complement and inform each other, Coppola has properly followed through on the racial, economic, and political implications that the original release cut left unexplored – the film is as much an analysis of capitalism and class as The Godfather. Yet it’s no mere retread, because the musical material adds a dimension of contrast and commentary; the characters express not only themselves but the tensions of an entire culture through song and dance. Thus adding new musical numbers to the film changes it far more substantially than one might expect, making it not only more fun but more intelligent, and more affecting. The Cotton Club Encore not only ranks with Coppola’s best eighties work, it ranks with his best seventies work – which means it ranks with the best movies ever made by anybody, anywhere, anytime. 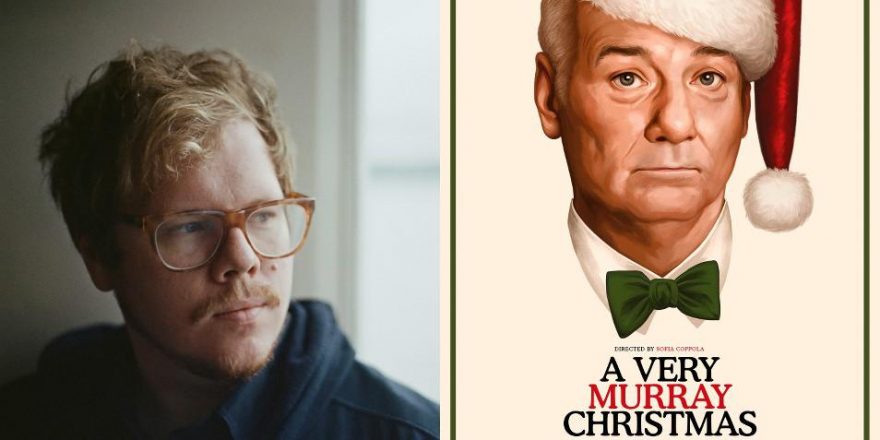