Chris Farren is a songwriter from Florida living in Los Angeles, CA. In addition to performing and releasing music under his own name, he also fronts the band Antarctigo Vespucci. He is very cool and nice and wrote this about himself. You can follow him on Twitter at @ChrisFarren.

I’m always impressed by the confidence it must take to review a record. The idea of putting my explicit opinion about anything into the world makes me want to throw up. I’m terrified and embarrassed by my own musical frame of reference, and this seems like a surefire way to expose myself as a fraud. What if I DON’T like the record? What if the band reads this and hates me? I just want these people I’ve never met to like me! That’s, like, my thing. Fortunately for my imagined, unlikely future friendship with Bully, I really like this record.

On Losing, the band’s sophomore full-length, Bully beefs up their contemporary grunge, elevating it to power-pop heights. Singer/guitarist Alicia Bognanno, drummer Stewart Copeland, guitarist Clayton Parker, and bassist Reece Lazarus play within a garage-rock template, but Bognanno’s sharp lyricism and infectious melodies take the songs well beyond the confines of the genre. Song after song, Bognanno transforms her fears and anxiety into anger, often plainly stating the real-life stakes of her insecurity. In “Guess There,” she begins by recounting the dissolution of a relationship. After defensively rattling through her self-care routine, she ultimately resigns herself to the refrain, “I guess there could be something I’m missing.”

“Seeing It” has an opening guitar line reminiscent of the Pixies or, at least, what I think the Pixies sound like. I’ve only heard the one song at the end of Fight Club, that movie we all loved as teenagers and now pretend we never liked. I’ve been brutally ridiculed by friends for my unfamiliarity with the band, which has surprisingly not given me much impetus to listen further. While I’m here humiliating myself, the riff in “Running” reminds me of Dude Ranch–era Blink-182. I hope that’s okay to say. Look, I’m not THRILLED that it reminds me of Blink, or that the reference comes so naturally to me. It sounds like Blink-182 in a very cool way, at the very least. I swear. It evokes in me the image of a young band in a slightly-too-small practice space, pulling from their individual musical palates and somehow making magic. Like Blink’s early recordings, it cohesively convenes. (Also, I think Blink-182 is generally cool, regardless—especially if any of them are reading this.)

Bognanno’s skills as an engineer really shine on this album: The mix is exceptional, and it captures the live energy the band has become known for over their past two years of heavy touring. Bognanno’s layering techniques bring a soft depth to her heavier vocal moments. When her lead vocal reaches an aggressive, atonal scream, it’s often backed by a softly sung melodic vocal, usually Bognanno’s own voice. Screaming “I’ll blame you” over the final chorus of “Blame You” could result in a one-dimensional anger, but Bognanno singing those same words in a melancholy wilt in the vocal added underneath gives the track an emotional gravity. The sonic dichotomy between anger and apathy is really the key to what makes this record so consistently intriguing.

Though Replacements-style rock music like this is usually associated with being drunk and playing like shit (I think—I don’t really know what the Replacements sound like either, but one of my friends has their shirt, and it’s actually a very cool shirt), Bully exercises incredible control and precision. Drummer Copeland and bassist Lazarus are so beautifully locked in with each-other throughout this record. Along with Bognanno’s rhythm, they create the perfect percussive foundation for guitar player Parker to weave excellent, mostly unaffected leads that give the songs an almost hypnotic, droney feel without slipping into something boring or repetitive. Throughout “Not The Way,” he plays off of the vocal, striking a dissonant chord at the end of each lyric. It’s this note-economy that makes the more technical parts shine, like when he goes OFF for the last 30 seconds of “Either Way.” It is truly so sick.

Rocking-the-heck-out is definitely Bully’s strong suit, but the highlight of the record, for me, comes with “Focused,” a restrained Sebadoh-leaning track. (Additionally, I’ve never listened to Sebadoh, but I think that’s what they sound like. I looked them up online and listened to half of a song, and it seemed generally applicable. It also makes me look very cool and after the Blink-182 comparison. [I am feeling especially vulnerable].) “Focused” erupts into a cathartic release in its last minute—the music and lyrics swirl around the tension and frustration of trying to shake a bad memory, building to the breaking point when Bognanno screams “I’m going to kill him.” It’s one of those moments where a song elicits an involuntary physical reaction—like Jenny Lewis’ delivery of “It’s so fucking beautiful” on Rilo Kiley’s Spectacular Views did for me the first time I heard it.

Through emotionally purging words and urgent instrumentation, Bully become heroes for the insecure, angry, and overwhelmed. And, like the band, I have acted heroically, as well: by conquering my fear of exposing my elementary musical palette and thus completely crushing this review. 5 stars (for both of us). 10 stars total.

In my nightmare, the band Bully is on tour and gets word this review is online. They turn the radio down and one of them reads it out loud to the others in the van. Parker scoffs at the Blink-182 reference, while Lazarus half-heartedly agrees with the Pixies comparison. After a few minutes of trying to figure out who I am, they make fun of me. They later find out we have a few mutual friends and while that doesn’t quite solidify our unlikely future friendship, they admire my confidence to so desperately campaign for attention. “He’s incredible,” Copeland exclaims from the back bench. The others go back and forth naming people they wish had reviewed their record instead for Talkhouse. @Talkhouse tweets out the review. Bully favs it, but does not RT.

Chris Farren is a songwriter from Florida living in Los Angeles, CA. In addition to performing and releasing music under his own name, he also fronts the band Antarctigo Vespucci. He is very cool and nice and wrote this about himself. You can follow him on Twitter at @ChrisFarren. 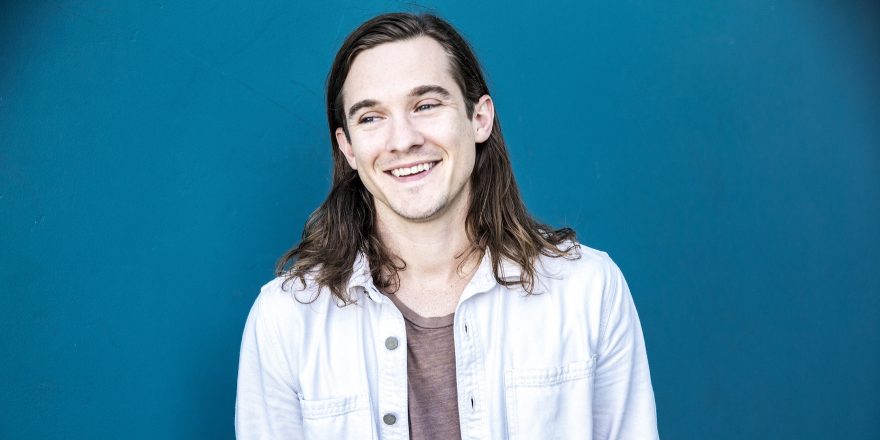