I love when music is at odds with its creator. John Coltrane was a meek soul who played with terrifying power. Later in life, Prince became so conservative that he kept a swear jar in his studio. And then there’s Chet Baker. Nobody ever played a horn as sensually, as romantically as him — the man who, at one point, strangled his girlfriend with a telephone cord before selling her grand piano for heroin. In Baker’s case, forget separating the art from the artist. They’re in two different zip codes.

I’m listening to the new box set The Legendary Riverside Albums while rereading James Gavin’s 2002 book Deep in a Dream: The Long Night of Chet Baker. I can’t get enough of Baker’s simple trumpet melodies and how he tossed his voice like a paper airplane. But I can’t wrap my head around how these sounds came from a violent conniver who lived from one fix to another. “Forget any concept of Chet Baker as a romantic figure,” his producer, Orrin Keepnews, seethes in the book. “He was an evil junkie and whining, devious young man.”

Keepnews had a good reason to hate Baker. Between 1958 and 1959, the trumpeter-singer recorded four albums for his label, Riverside Records, and then he had thugs break in and steal them to fund his addiction. But those albums, (Chet Baker Sings) It Could Happen to You, Chet Baker in New York, Chet and Chet Baker Plays the Best of Lerner and Loewe — all featured here — are the stuff of candlelit dates and milkshakes with two straws stuck in them.

On his version of the pop standard “Everything Happens to Me,” from It Could Happen to You, Baker croons about everyday mishaps: catching colds, missing trains, rain-checking on golf day. In real life, Baker was soon to be collected from the squalid streets of Harlem and thrown into toilet-like conditions at Rikers Island, where he’d be locked up with his former drug dealer, Donald “Tony the Greek” Frankos, a hitman for the Mafia. (In the Frankos-dictated book Contract Killer, he described the soundtrack as “the screams of inmates being knifed, beaten, or killed.” You, and the night, and the music.)

As Baker’s life grew more grotesque, his music only became more luminous. For Chet Baker in New York, Keepnews hired jazz aristocracy like bassist Paul Chambers and drummer Philly Joe Jones — not to help Baker, but to undermine him. “I thought, cover him over cosmetically with the best supporting cast, try to bury him,” Keepnews says in Deep in a Dream. The band did no such thing; on their version of “Polka Dots and Moonbeams,” they play almost invisibly, letting Baker shine.

It’s strange to think that this tender music came from a calculating addict, but The Legendary Riverside Albums has one exception that proves the rule. 1959’s Chet, Baker’s masterpiece by a long shot, opens a brief portal into his life as a pariah. He was worse for wear during the sessions, but given the giants in the room, like baritone saxophonist Pepper Adams, pianist Bill Evans, and guitarist Kenny Burrell, he rose to the challenge. Their noirish versions of “Alone Together, “How High the Moon” and “Time On My Hands” capture the feeling of four in the morning.

Baker never made anything as good as The Legendary Riverside Albums again. Despite the occasional jewel, like his long-out-of-print 1982 album with guitarist Jim Hall and flutist Hubert Laws, Studio Trieste, the rest of his discography is a long goodbye, a waste of his divine talent. In his last interview before falling out of a window and dying in 1987, with his once-chiseled mug drooping into a death mask, he rasped about removing drums from his music because they sounded too harsh.

Baker’s music was rarely an accurate portrayal of who he was, but I think that’s an overrated thing to need from art anyway. The Legendary Riverside Sessions is enchanting even if an “evil junkie” brought it into the world. As a man, Baker horrifies me; as a musician, he makes me feel so young.

album reviews
Chet Baker
Morgan Enos
music commentary
Other Houses
The Legendary Riverside Albums
Unknown Legend: The Family Ghosts of Rachel Getting Married
On the Spiritual and Physical Boobytraps of a Creative Life 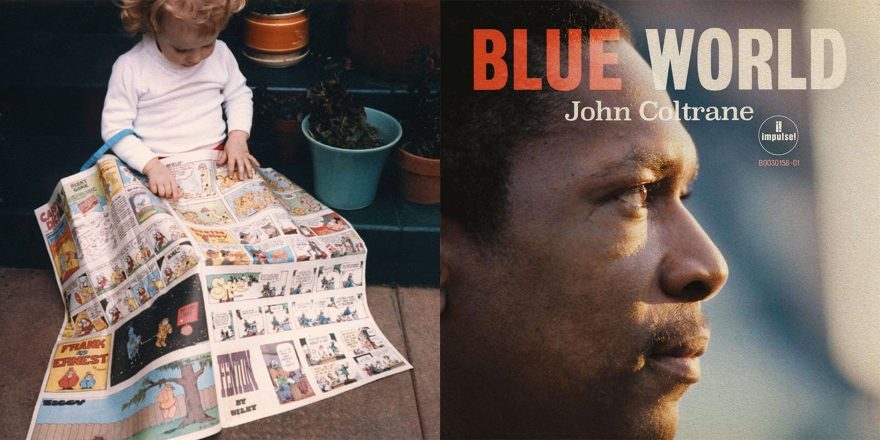