Carey Mercer is a member of Frog Eyes, Swan Lake and Blackout Beach. You can follow him on Twitter here.

Duskland, the new record by Zachary Cale, is a collection of nine “story songs” devised as little Westerns, and they are lonesome, searching, echoing numbers supported by a very capable crew of musicians who create a feeling of buoyancy for Cale’s voice, a haunted weed that both floats above the music but also roots down into the floor toms and electric organs and bass guitar.

The cork floats on top of the wine, but its underbelly is wet.

There’s a wonderful glom and glue to every song on Duskland. It is varied enough to not feel sloggy, but consistent enough to feel like you’re on a journey with the same group of people, and each person has an important role to play.

I am not imagining or projecting the initial impression of dusk or sunset, pleasurable but also troubling impressions of sinking into something even less definite.

Sundown then, “on the Western plain.” And that is the first line of Duskland, the first of 140 sung lines, some of them imagistic, some of them intentionally vague, almost all of them outside.

This is a journeying record, and journeys are often set outside.

There is only one point in the album that for sure takes place inside, under the shelter of a roof: in the song “Dark Wings,” Cale’s searcher, a Godless son who has “wandered off the map,” writes his name on bar napkins and receipts. And then, one line later: “Just riding through the rain/Riding through the rain.”

We are outside again.

Riding, especially in the context of the moods, tones and atmospheres of this record, brings to mind a horse and its soaked rider (Cale named his prior record Blue Rider after a sculpture of a horse), but that image is a kind of anachronism, because the disposable-ness of napkins and bar receipts places us in a time when paper and napkins and receipts are commonplace and disposable — not really the horse-and-rider years.

Riding, but not driving, through the rain: always outside. I wonder if Cale is being slyly intentional here, or if his mind just seized on riding. If the rider is not on a horse, then we are left with kind of ridiculous options. A skateboard? A bicycle? Too recreational. A Harley? No way ­— too clichéd, and also not at all in keeping with the spirit of Cale’s music.

My partner had a Kawasaki LTD 440 belt-drive when she was twenty-two. She was a lifeguard. She rode her motorcycle through sub-desert mountains in the morning to her job, then would sit atop a squat tower, burning her skin from the glare of the pool, watching for horseplay or worse, sitting in the middle of a town of five hundred that was lucky to have an outdoor pool, let alone employ a lifeguard.

She rode home through the dusk after hours and hours of baking sun, rode through the sunset and then the duskland, feeling as a twenty-two-year-old lifeguard might feel: lost.

I think the bigger question of roughly situating the decade of “Dark Wings” is important for Duskland, in that I can’t stop thinking about what period, what era, what epoch the album’s nine songs are set in.

The early twentieth century, the time and sensibility that a scan of the lyrics evokes, is the zenith of empire, or at least the zenith of openly celebrating empire. We live now in “empire’s sunset.” And yet we don’t. We lived, for a brief moment, in a post-racial world (the employment of that term now recalls George W. Bush standing in 2003 in front of a “Mission Accomplished” sign, declaring the Iraq War won-and-done), and yet we do not live in a post-racist world: it’s a kind of victory when we can get the snake-tongued racists to just say what they really mean and not couch their words in vilest sophistry. We, Cale and I, live on a continent free of slavery, and yet our society’s wealth comes from prison profits, and from oil pipelines being illegally built on indigenous land, against consent. Judges own shares in prisons and sentence prisoners — boys, almost always of colour — to occupy cells that these same judges will profit from. Headlines made for Upton Sinclair‘s world, not ours, surely!

By situating some of Duskland in the early twentieth century, directly and indirectly, Cale shows us that we do not know where we are, stumbling around in the residue of dusk’s half-light, but we also do not know when we are: this century? Last century? The last half of the century before the last century?

Going back to the first song, two verses: the first verse starts with “sundown on the western plain.” Cale’s plain-walker has the crimson moon in his eye, and this suggests he is walking east, northeast, or southeast, because if the sun has just set, or is going down, we are walking in that weird-time when the last rays of the sun light up the east-rising moon.

At the sixth line the walker tells us he has “left the chains behind me, broken on the ground.” And in the second verse, the plain-walker, freed from chains, dressed in the “clothes of an innocent” and yet branded as a fugitive, seeks asylum and a city of refuge. Read this, why don’t you, as a slave narrative in song, a short, smart, compact telling of walking northeast on the Underground Railroad towards an unnamed “city of refuge.”

But it’s worth noting here, given that we do not know when we are, that a modern diaspora has taken place in our past decade: Cale, raised in a suburb of New Orleans, might be writing, as a white witness, about the post-Katrina diaspora. There’s a vulnerability to the walker in this first song that is appropriate to the vulnerability of an escaped slave, making his or her way north, or the economic vulnerability of a displaced former resident of New Orleans.

But I am not willing to bet on either of these: Cale has said of Duskland, “I keep thinking of it as a western, they’re all story songs.”

Yes, they are story songs, but without specific settings, dates, names, or conflicts, and the open-endedness allows us to consider them as “westerns” but also as reflectors of the many tensions and conflicts of our age.

The settings of Duskland suggest many of the atmospheres and scenarios that would have inspired young men’s adventure novels, the kinds of settings, scenarios and characters that Conrad and B. Traven were lampooning or using as means to explore Empire’s folly at the height of Empire’s self-assuredness: Scaffolds, South Poles, Eldorado, Bullet-forgers, Merchants, Trains. Westerns. There are elements of these songs that ring out like the delusional mutterings of impoverished and itinerant gold seekers in the end-of-the-road death pit described in Traven’s famous novel The Treasure of the Sierra Madre: rootlessness, greed, confusion and, most of all, the sense that we are headed from the zenith to the nadir.

Musically, Duskland is a genre piece, but working in the strict confines of a genre yet unnamed. It is not Americana, not as I know it, though it employs cleanish Fender guitars and pedal steel and acoustic instruments. It has Harvest beats, and Harvest beats always evoke, for me, a long walk. It is not Dylan-rock, though the organs and acoustic guitar are mercurial and the music is reed-toned.

I hope you are listening to Duskland. A reason you are thinking of Cass McCombs as you listen to this record: like the best Cass moments, his band really knows how to be that wine that the cork of the voice bobs around in.

Duskland sounds at points, nominally, like other records, sure. But so what? When you are led to the edge of a cliff and asked to watch the sun slip out of the day and into the far reach of the sea, are you going to yawn and drone out a droll critique: “Just like yesterday and the day before. The sunset is always the same. It goes yellow, pink, purple and then it’s dark. Dusk after dusk, it’s the same old thing.”

You wouldn’t say that because:

Each night the sunset is different.

A sunset is beautiful, and most of us have some “eye for beauty.” But Cale’s record tunes our ear for beauty: the vague outlines of a beautiful but troubled dusk.

Carey Mercer is a member of Frog Eyes, Swan Lake and Blackout Beach. You can follow him on Twitter here. 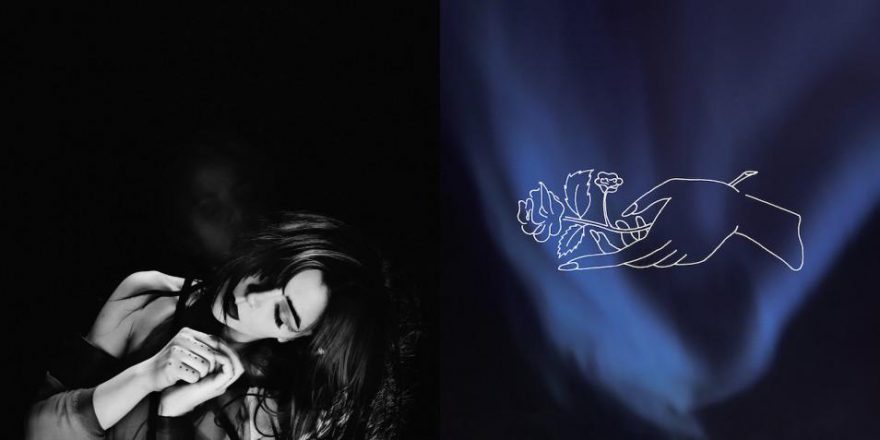 Zohra Atash (Azar Swan) Talks Them Are Us Too’s Remain