Elisabeth Subrin is the writer-director of A Woman, A Part, starring Maggie Siff, Cara Seymour and John Ortiz, which has a one-week run at the IFC Center starting this Wednesday, March 22. It is her first narrative feature. Subrin’s critically acclaimed films and video art have screened widely internationally, including at the New York Film Festival, Rotterdam International Film Festival, the Vienna Viennale, the Whitney Biennial, the Museum of Modern Art, New York. Subrin participated in the Sundance Institute Feature Film Directing and Screenwriting Labs with her first feature screenplay, Up. A 2002 Guggenheim Fellow, she’s also received grants and fellowships from the Rockefeller, Annenberg, Creative Capital and Andrea Frank Foundations. Subrin teaches in the Film and Media Arts Department at Temple University and lives in Brooklyn.

It’s July 2014 and I’m standing under a tree trying to find cell reception and relief from the heatwave in the Hudson Valley, where I’m holed up in my friend’s painting studio for days turning into many weeks. Despite the temperature, it’s a beautiful day, but I’m at the edge of the abyss. Recuperating from an autoimmune disease and already counting the days before I go back to teaching, I’m also hourly throwing myself against a wall of Post-It notes, photos, timelines, drawings and endless questions marks. I can barely hear what my producer Scott is saying, but I persist with the self-hating perversion of someone who doesn’t want to know the answer: “WHY DID YOU LET ME WRITE A SCRIPT ABOUT AN ACTRESS?!”

How did I find myself here, in the most Hollywood navel-gazing, European-auteurist fetishizing, indie-dude filmmaker masturbatizing of genres? What was I thinking??

In my immediate defense, I didn’t plan it out that way. I’m not an actress. In fact, I’m awful at acting and aside from a one-night run of Anne of Green Gables at camp (I played Anne, poorly), I’ve avoided any kind of thespian activity. And I know little of the inner workings of Hollywood. Trying to raise money for my first feature, I funded trips to meet production companies in L.A. by doing artist gigs. The stress of navigating rental cars in the pre-smart-phone era was one thing, but then I’d have these schizophrenic experiences where in the morning I’d present my experimental films at art schools, and then spend afternoons in meetings saying, “Hmmm, sure, Mandy Moore” – knowing thankfully she’d never want to do my film – “sure.” That was the extent of my game.

And now I was stuck too deep in this actress script. After years of trying to get this bigger-budget film made about the dot-com boom and bust (note to first time women directors: only make films about emerging female sexuality), the thought of not making a film made me want to jump out of a window. I was about to give up on yet my second screenplay. I don’t think I’ve ever come closer to quitting filmmaking.

I had interviewed lots of actresses about why they acted, and they had never really answered the question satisfactorily. But neither had I answered why I was writing about one. I knew my other characters’ inside and out, I knew the plot, the theme, the backdrops, the visual landscape, all the socio-economic-political commentary that crowded the film. I knew everything but why I was telling a story about her and why she mattered. It just happened. So to keep me from jumping, I had to figure it out. Why did I care about actresses?

I’ve always made films about fucked-up white relatively privileged American women, given I have some expertise on the subject. I’ve made films about women activists, artists, anorexics, suicides and legends, and set them in/against political or culturally charged backdrops. I think long and hard about representation, about how women have been shaped and framed and erased and manipulated throughout history.

I learned a lot about the challenges of being an actress from informal research interviews I did with them (many referred to childhood trauma or invisibility) as well as memoirs (Portia de Rossi’s Unbearable Lightness being the most harrowing). The thing about actresses is, as an occupational hazard, they will find themselves in a schizophrenic state of being that is played out in public: worshiped, scrutinized, fetishized, mocked. They are required to be public, then critiqued for the attention they receive. Corporate media rewards them excessively, but to turn it down means in most cases, to not be an actress (surviving through theatre is challenging, to say the least). It takes an intensely cautious, careful and deeply self-protective game plan to avoid the harrowing gaze of the 21st century. And as I thought about it, the most obvious thing in the world dawned on me: Actresses are women, playing women. As an artist who makes films about female representation, there is nothing more symbolic. Actresses represent women.

Actresses perform the gendered representations these men create in mass-produced stories that penetrate society on every level. Though they are rarely responsible for creating (imagining) these representations, actresses are enlisted to present to the world what a woman is. They are women written, directed, photographed, edited, marketed, distributed and reviewed primarily by straight, white men. Furthermore, the lack of diversity of representations permitted has a profoundly detrimental impact on our culture. Until extremely recently, the lack of opportunities for women actors who are not white, beautiful, able-bodied and under 35 has been the rule.

In 2014, I began a blog, called Who Cares About Actresses, because of the questions I repeatedly received when trying to finance this film. Questions that clearly were not asked about a similarly plotted film about a male actor who escapes Hollywood for New York and tries to reinvent himself, i.e. Birdman. Even Maggie Siff, who stars in the film, was skeptical of an audience’s interest in the work she’s devoted her life to. Starting with Maggie, I’ve tried to explain, over and over, that actresses matter profoundly. The roles they play, transmitted by global corporate entities designed solely to make money, tell girls how to be, or, in most cases, how to perform. And they tell boys how to treat women. These children become the adults who shape the world. It doesn’t take Feminism 101 to point to the implications for the world we live in because of the limitations imposed on female representations.

My film A Woman, A Part (above) is about the consequences on a woman’s psyche to repeatedly be asked to play these reductive roles, and her attempts to escape the capitalist machine that created her. In that way, it’s about women’s enforced performance in general, as has become frighteningly explicit over the past year.

So, I finally figured it out. It didn’t make the process easier, but at least I knew it mattered.

Elisabeth Subrin is the writer-director of A Woman, A Part, starring Maggie Siff, Cara Seymour and John Ortiz, which has a one-week run at the IFC Center starting this Wednesday, March 22. It is her first narrative feature. Subrin’s critically acclaimed films and video art have screened widely internationally, including at the New York Film Festival, Rotterdam International Film Festival, the Vienna Viennale, the Whitney Biennial, the Museum of Modern Art, New York. Subrin participated in the Sundance Institute Feature Film Directing and Screenwriting Labs with her first feature screenplay, Up. A 2002 Guggenheim Fellow, she’s also received grants and fellowships from the Rockefeller, Annenberg, Creative Capital and Andrea Frank Foundations. Subrin teaches in the Film and Media Arts Department at Temple University and lives in Brooklyn.

acting
actress
Elisabeth Subrin
film essay
Maggie Siff
How Being the Editor-in-Chief of Talkhouse Music Finally Made Me Start a Band
Reading Music: On Trying to Pay Attention to Paul Stanley’s Autobiography While the Country Falls Apart 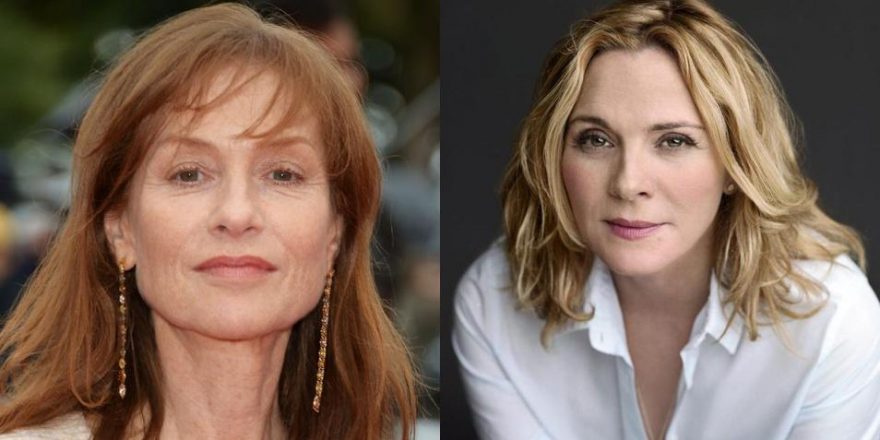