Chris Collingwood is a singer, songwriter and cofounder of the rock group Fountains of Wayne. Since 1996, his career has included occasional chart success, extensive touring throughout America, Europe and Japan, and a brief appearance in a hit video with a pole-dancing supermodel. His new band Look Park released their self-titled, Mitchell Froom-produced debut in 2016. You can follow him on Twitter here.

Juliana Hatfield’s career has been built on intensely personal songs crafted with meticulous attention to melody, and her new album Weird reaffirms her reputation for looking inward with eleven songs about coming to terms with solitude. I spoke to Juliana about her process, in what I hope is the first of several pieces about how artists make art. (Full disclosure: Juliana and I have traveled in the same circles for years.)

Chris Collingwood: You’ve put out around twenty albums with various bands. I’m thinking about 2017’s Pussycat and it seems at least with that one, you had to have a conception of it ahead of time.

Juliana Hatfield: I’m not a conceptualizer. I really don’t plan anything and it’s usually just a case of my writing about whatever I’m thinking about at the time. That album was written during the run-up to the presidential election, so it was inspired by current events going on around me, which is all anyone was thinking about.  That’s my process in terms of subject matter. It’s not very conceptual. That one just happened to seem very conceptual, and it is, because that’s what I was experiencing emotionally at the time.

Chris: Would you say that’s true about every other record? How do your songs come about?

Juliana: The way I work is not very organized. I’m not methodical and neat about the way I store things. All over the place I have notebooks—small ones, big ones, pieces of paper. If I have a lyrical idea or some other idea I want to write down, I’ll tear a piece off of something in front of me and write it down, and then I’ll stuff that little shred of paper under a book that has other shreds of paper under it. Right now I have four separate notebooks that I’m writing stuff in. Each one is a little bit different. Plus there’s a bunch of sketchbooks and it’s really a mess.

Writing new songs, I just start piling up little ideas. I have this old cassette player that’s got a built-in microphone, and that’s the most convenient thing for me to grab if I start writing. I go months without writing. Since I finished Weird, I haven’t finished anything. But I’m feeling the urge again, and that’ll be a process of collecting a lot of chord progressions, riffs, melodies. Sometimes I’ll start with titles or ideas for subject matter, and then I get to a point where I start going back and listening to every little piece and taking what I like and building from there.

Chris: That sounds pretty methodical to me. When I’m working I’ve usually got, like, five or six things going at a time. You’re much more prolific than I am.

Juliana: Yeah, when you’re working on five or six things at a time, I’m working on twenty or thirty. It’s kind of insane. The amount of ideas just becomes a pile and then a mountain. And then I become an archaeologist of my own ideas. It’s really fun going back and listening to all the things I’ve recorded. I find things I really like that I remember not liking at first. The distance really helps me to listen with fresh ears. Sometimes I don’t even remember playing those ideas, and that’s fun, too.

Chris: You never got a smartphone for that?

Juliana: No, I’m really resistant to modern technology. I don’t trust it. I have to be open to ideas, and I don’t want to be distracted. Unless I do want to be distracted, and then I’m distracted on purpose. I don’t have wi-fi where I live. I have a DSL connection through the one phone line, which means I have to sit in one place in my apartment to get on the internet, on this really uncomfortable stool in front of a bureau so my knees are smushed up. I have to be idle, which means not focused on anything and not distracted, and that’s when ideas come to me.

Chris: You produced this one yourself. Does anything change when you’re working with someone else?

Juliana: Once in a while I like to work with producers. Right now I’m in a mode where I want to work fast and cheap. I don’t want to have conversations with people about what’s right and what’s not right—my philosophy in the studio is if it’s good enough, let’s move on. I’m not a perfectionist. I think if you over-polish something, you run the risk of losing the edge.

Chris: I think musicians listen to music differently from other people. When I hear something new, the first thing my brain does is identify the chord and visualize it. But so much of Weird is chords with open strings and inversions and I was sitting here playing along with “Everything’s For Sale,” and I got lost. Starts out simple enough then goes from a G to a C sharp minor.

Juliana: I’m trying to keep myself entertained while I’m writing. I don’t want to bore people. I guess it’s the rebel or the punk in me—I want to upend people’s listening experience. I want something that’s a little skewed or a little off. Sometimes I’ll throw something in that’s jarring, but I know from experience that I can get used to anything. I will get used to it, but I have to remember that when people hear it for the first time, it’ll be jarring for them. I’m never thinking about theoretical stuff when I’m writing, whatever the chords were that I was playing. I’m never thinking “Oh now I’m going from a G to a C sharp.” Did I go from a G to a C sharp?

Juliana: When I’m writing I’m not thinking G to C sharp. I’m just thinking, Ooh, I like how this sounds, and I want to go to some other mode that transports me away from here for a second, just a little moment where I can linger on another plateau. I’m thinking visually—peaks and valleys and rest stops. I’m not thinking of notes and chords. It’s more like a vibe: how I want the song to move, how I want it to feel. That’s what I’m doing. It’s kind of an ignorance that frees me up when I’m writing. I don’t have any inner voice telling me, “That’s not right, you can’t do that, that’s weird.”

Chris: I actually ordered that Zoom drum machine after hearing your record and seeing it in the liner notes. I think for whatever reason, the songs on the album with programmed drums have a good energy and I wondered how you decided which ones would have real drums.

Juliana: On the song “Lost Ship,” for example, I recorded four different versions with drums. Freda [Love Smith] and Todd [Philips] both did a fast version and a slow version, and none of those four was grooving right. So then I tried the drum machine and that was the only thing that felt right. It was a little bit experimental in the approach to recording the drum tracks. Usually we’ll rehearse a little bit with a drummer and then record. This time I knew I wanted to do some things with fake drums, and I loved the sound of this drum machine. I brought it to Q Division Studios and I told James [Bridges] I wanted to use it, and I’d just go through and find a couple beats that I liked until it worked. And then on various songs I ended up playing some drums and fills. Like on “Do It To Music,” you can hear a lot of my fills—some cymbal crashes and floor toms. We just layered them in on top of the drum machine.

Juliana: I can’t help myself. I can’t change who I am. I’m more appreciating it now. I’ve been frustrated like anyone. You feel like you’re repeating yourself, and I have these habits, and I can’t break the habits but really it’s just who I am. My musical persona—I was born with it, I think. Sometimes it feels frustrating because I can’t really alter it, or if I did it would probably come across as inauthentic.

Chris: Is it ever the case that the narrator in your songs isn’t you?

Juliana: In most of my songs, when people assume I’m talking about myself, they’re usually right. I don’t really take on other personas. Generally, I don’t put myself in the mind of people that are not me. The new record is all me, totally. Everything on this record is very personal.

Chris Collingwood is a singer, songwriter and cofounder of the rock group Fountains of Wayne. Since 1996, his career has included occasional chart success, extensive touring throughout America, Europe and Japan, and a brief appearance in a hit video with a pole-dancing supermodel. His new band Look Park released their self-titled, Mitchell Froom-produced debut in 2016. You can follow him on Twitter here. 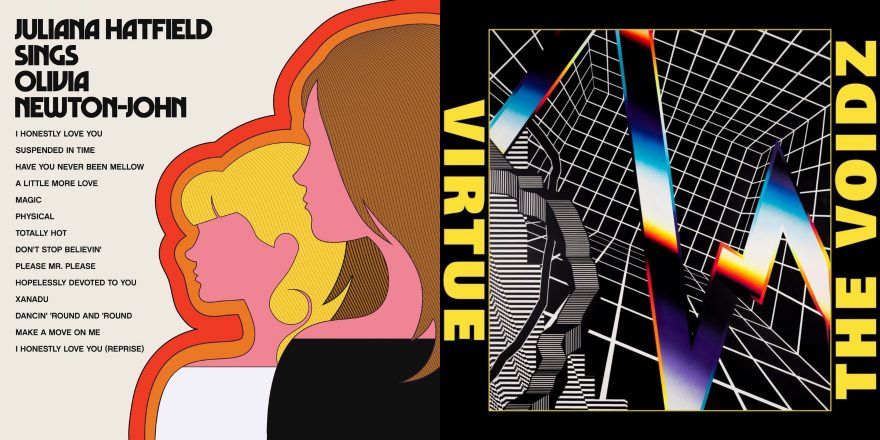 Best of 2018: The Voidz’ Virtue is Juliana Hatfield’s Favorite Album of the Year 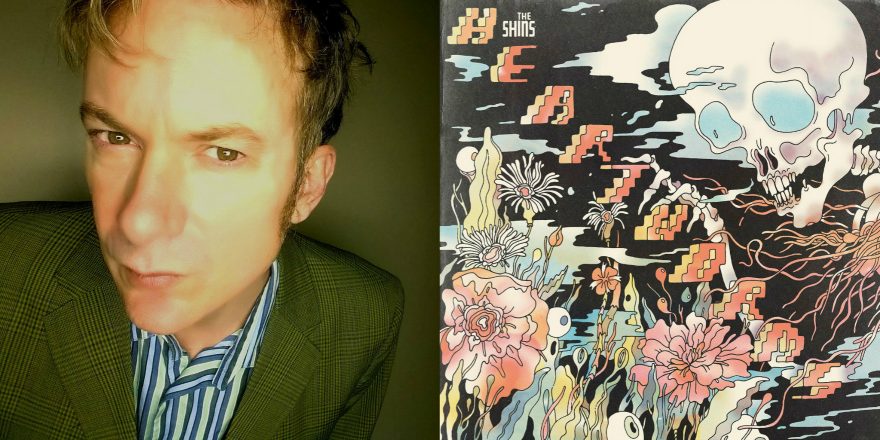 The Shins’ Heartworms is New Wave for the Digital Age